Mission, ultimately, is at the heart of the gospel.
Ed Stetzer 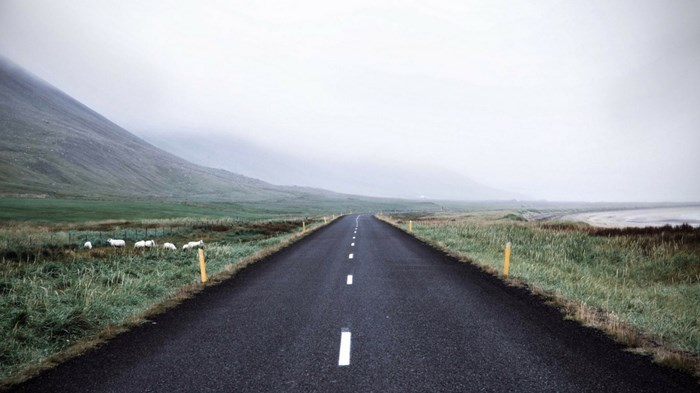 I’m always fascinated to hear unbelievers today arguing that while they do not believe Jesus to be God, he nevertheless seemed to be a pretty nice guy—and a great moral teacher at that.

But interestingly enough, those who did not follow Christ as Lord during his earthly ministry would have vehemently disagreed. The Roman and Jewish leaders didn’t see Jesus as some warm and fuzzy thought-leader; they saw him as a radical whose teaching stood in opposition to everything they supposed religion ought to be.

In Matthew 22, having just silenced the Sadducees, Jesus later found himself being confronted by the Pharisees who asked, “Teacher, which is the greatest commandment in the Law?” Hoping to catch him in a silent stupor, these religious leaders likely had some smug looks painted across their faces.

As followers of Jesus, our mission here on earth is wrapped up in one power-filled four-letter word: love. Because we love God with everything we are— heart, soul, and mind— we are driven to love our neighbors—fellow bearers of the imago Dei.

Our neighbors, Jesus later teaches, aren’t just the people who we look like, talk like, or live near us. Instead, they’re from communities, cultures, and religious groups all over the globe. Chances are, we’ve little in common with them in terms of custom or tradition, but none of this matters in light of Christ’s last word to his disciples: “Go.”

Jesus told his disciples to go, get up off their feet, and move—to show and share his love in a broken and hurting world—because mission, ultimately, is at the heart of the gospel. But what we learn is that the call to “go” can and should look different for each of us. Some may find themselves going abroad, others of us won’t venture farther than the next town or city over.

Interestingly enough, for the ‘Good Samaritan’ from the parable Jesus told, the neighbor in need he was called to help was right next to him: an injured man laying on the side of the road. Often, mission work is about as unglamorous as bandaging up another person’s wounds, be them physical, spiritual, or emotional. There is no exotic, overseas journey—it’s just one person taking action to bring another to a place of ultimate healing at the foot of the cross.

We are all, no matter who we are or where we work, called to live vocationally as full-time missionaries; guests in this world sent to bear Christ’s light in the darkness. However, some believers will feel compelled to pursue careers in ministry—that is, they will spend the majority of their time presenting and sharing the gospel.

I think we’ve truly lost touch with the focus our church forefathers had on missions—the need to leave the comfort of our communities and comfy bubbles for the sake of those who haven’t yet heard Christ’s redemptive message. According to a study done by Gordon-Conwell’s Center for the Study of Global Christianity, “Nearly half of the world’s top missionary-sending countries are now located in the Global South.” While the U.S. does still send the greatest number of missionaries total, when population percentages are taken into account, Palestine comes out on top.

That’s right, you heard me: Palestine, with its Muslim majority and with a reputation for the mistreatment of Christians.

Could it be possible that we here in the U.S. have grown complacent? Could it be that the comforts of free religious expression we experience here as believers is affecting our sense of urgency?

Going forward, our priorities need to change. As we seek to spread the gospel and share Christ’s love, our focus on the needs of the ‘other’ must be renewed.

Elizabeth Elliot, a missionary who lived for years among the Quichua tribe in Ecuador, authored a book discussing the life and ministry of another equally important missionary: Amy Carmichael. Carmichael dedicated over 50 years of service to Indian children becoming an ‘Amma’ or Mother to those living in vulnerability. Many of the young girls she rescued were previously being used as temple prostitutes. In this book, Elliott discusses among other things the sacrifices one must make in ministry work:

“The willingness to sacrifice that springs from a loving heart rather than the desire for spiritual distinction is surely acceptable to God. But, as in the case of Abraham's offering of his son Isaac, the sacrifice itself is not always finally required. What is required is obedience.”

Ultimately, God asks that we follow his call to serve not out of a desire to seem ‘spiritual’ or distinct from our less-than-perfect Christian compatriots. Instead, true sacrifice for the kingdom—as both Elliott and Carmichael knew— simply requires obedience: the willingness to follow God faithfully wherever he calls.

May we, Christ’s church, go and do likewise.

Join the conversation on Facebook
Tags:
None
Posted:
March 9, 2018

Are You Willing to Go if God Calls You? Thoughts ...