To paint any people with a broad brush is not to see them for who they truly are.
Ed Stetzer 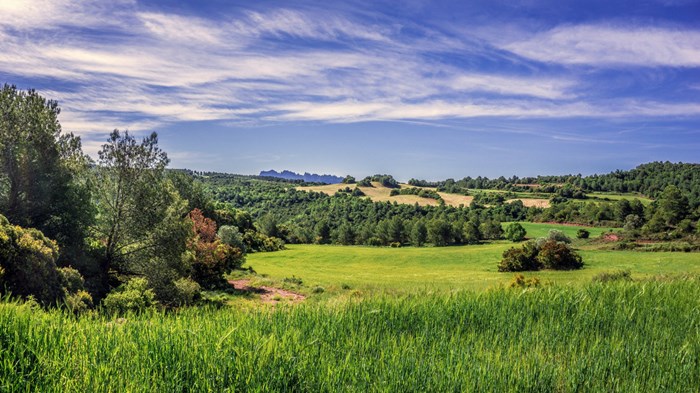 Image: via Creative Commons
I recently wrote an article for Influence magazine with Tena Stone. Tena is director of research and training at OneHope, serves as a primary researcher for the Rural Matters Task Force in North America, and is part of a church plant in rural Georgia. It’s worth sharing here. God is on the move in rural communities, and it’s past time we acknowledge it and celebrate the work so many in rural ministry are doing. In Part 1 below we give an overview of the realities and talk about cultural homogeneity.

We live in a world of paradoxes.

As in Charles Dickens’ A Tale of Two Cities, it is the best of times and somehow also the worst of times. It appears to be the age of information and knowledge, yet proves to be an age of foolishness. It is an era of belief and a time of faithlessness, a season of light in a world of complete darkness, a spring of hope amidst the winter of despair. This seems to be the narrative of many churches in America, but especially in rural America.

The story of rural America is one of grit, resourcefulness, independence, craftsmanship, and sheer determination. It is the story of community, lifelong relationships and family bonds. This image holds a nostalgic place in many hearts.

Those who live in, or have spent significant time in, rural areas may have witnessed its endurance — the warm-heartedness of neighbors, the firmness of family values, the closeness of relationships and community. There are still examples of this today throughout rural America. It is a wonderful narrative to embrace and catalyze in ministry and mission, an ideal worthy of aspiration.

But it is not the full picture.

There is another story of rural America, and it is much more troubling.

J.D. Vance called our attention to this two years ago in Hillbilly Elegy. It is a story of a struggling, aging, diminishing, and sometimes decaying culture. It is a story of limited resources in communities abandoned by a population that has clambered to its cities. It is a story of losses in industry, government, philanthropy and even the church. It is a story of growing poverty and challenges with healthcare and addiction. It is a story of dramatically disintegrating family structures. This story is also part of the picture.

Facts are our friends. And sometimes facts are hard to hear.

Statistics validate the more negative perspective, even more so in recent years. Rural churches are at a crossroads. They are facing paradigmatic shifts, which, without the Spirit’s guidance, will lead to the dying of many more churches.

After decades of near invisibility in the shadow of the urban mission enterprise, the term “rural” is rising again into the public consciousness. This was especially apparent in the last Presidential election, which seemingly gave voice to many who were largely absent from the public discourse in the media.

Generalizations and caricatures must give way to true understanding. We must see the myriad people in rural America as more than just a distant demographic. They are individuals and communities with real opportunities and challenges.

Particularly as the Church, we must look with clear eyes and with the mind of Christ. When we hear the term “rural,” we should think of a unique group of diverse individuals made in God’s image, broken as we all are by the Fall, and in need of the redemption that only Jesus offers.

It’s easy to look where we don’t live and make assumptions that are both inaccurate and dehumanizing. It’s worse when assumptions become judgments. And it’s most concerning when we develop our mission from them. Here is the first of three problematic misconceptions:

The first misconception is that rural America is basically all the same. In truth, the rural landscape represents millions of people with as many individual stories. They live in diverse communities, each with their own cultures formed by geographic boundaries, local industries, regional history and more. Each of these communities makes a unique contribution to the national tapestry. Each also has unique struggles.

The U.S. Department of Agriculture classifies rural as the 15 percent of our population (over 46 million people) who live on 72 percent of the land. The vastness of the geography alone creates massive diversity!

Within this diversity are complex economic issues that are important to understand when looking strategically at mission and ministry. Some rural counties are scenic retirement and vacation destinations. These areas are often a blend of abundant wealth and abject poverty, where industrialism has given way to the service or tourism industry.

Rural counties in America’s “breadbasket” tend to be static communities that maintain agriculture as an economic engine. These counties may be remote and isolated.

Areas within the Rust Belt between the mountainous Northeast and Appalachian South have suffered massive job losses with a declining industrial base. These counties have seen a dramatic shift within a single generation as coal specifically, and industrial opportunities in general, declined in America.

Additionally, rural areas are home to multiple ethnicities and increasing cultural diversity. Hispanics comprise approximately 9.3 percent of the rural population, and African-Americans account for just over 8 percent. Ethnic diversity in rural areas tends to cluster geographically, depending on language resources (such as ESL training), housing developments in proximity to schools, and familial ties.

Rural areas in the Southwest have higher numbers of Hispanics and African-Americans. In some rural counties, these ethnic populations are considerably higher than their overall national average, bearing witness to the increasing need for a different view of rural communities than our past or fleeting perspectives have painted.

In recent years, we’ve accepted the concept that every city has its own unique personality and socioeconomic areas within its geography. When we move from city to city, we can tell we are in a different place. The people, food, local industries and interests tell different stories — and point to the need for different outreach approaches. From New York to Nashville, Tennessee, to Denver to Los Angeles, local stories, pains, struggles and history inform mission.

The truth is, every place is like that, no matter how big or small. To paint any people with a broad brush is not to see them for who they truly are.

Knowing that a place is rural does not mean you know its heart or its needs; it simply means you know its broadest classification. Stopping there would be like hearing someone’s name, then assuming you know them intimately without asking any further questions.

Rural communities have distinct cultures we must get to know, one community at a time. We cannot go on mission in a community if we don’t learn its complex history, understand its present reality, and desperately long and labor for its future to thrive with the hope of the gospel.

In Part 2, I’ll talk about the next two misconceptions.

Join the conversation on Facebook
Tags:
Rural Ministry
Posted:
May 28, 2018