When we are captivated by the great treasure of Christ and his Kingdom, we’re positioned to winsomely invite others to join us
Jeff Christopherson 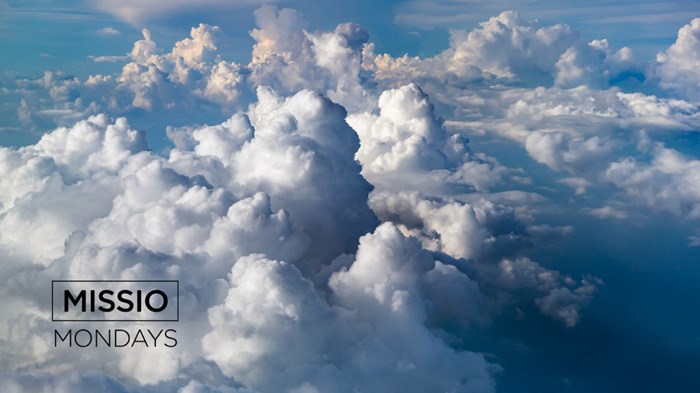 Perhaps the most insidious error of the church in North America has little to do with liberalism and conservatism, and far more to do with exchanging our spiritual identity with Christ for a cobbled, syncretistic mixture of patriotism, consumerism, and political influence.

In this exchange, we have settled for a muted appearance of godliness that comes with little of Jesus' power.

In our futile desire to simultaneously be a peculiar people while striving to be legitimized by earthly institutions, we may have unintentionally become quite unparticular. Rather than the distinct, counter-cultural Kingdom army, we’ve become common. Our message is confusing to the ears of lost and bewildered sheep, who are dizzy with the constant barrage of voices crying out for allegiance.

Our clarion call to the lost rings hollow amid the secularized themes that sound eerily familiar. We may ourselves have become a contemporary version of Jesus' greatest opponents; our attachments to sacred religiosity and secular power appear to be more reminiscent of the Pharisees than of our Rabbi.

And what have we gotten in this exchange? Our ultimate patriotism is pledged to a temporal and sensual kingdom—one that is both in and of this world.

Our influence on that temporal kingdom is as vapid as it is unspiritual. Our agency within that earthly kingdom is secure only to the degree that our political verve remains useful. And our eternal impact on that kingdom is diminished to an amalgamation of zero and nothing. We have sold our Kingdom allegiance for a currency not too far from thirty pieces of silver.

So how do we return to our first love? How do we once again become the courageous kingdom patriots whose devotion is unmistakably loyal to our King?

No king, president, emperor, or prime minister has sacrificed so much for our loyalty. The cross of Christ is history's greatest statement of God's love for his helpless and sin-stained people. His demand of kingdom allegiance does not stem from some internal insecurity, but from an eternal perspective that our lives, our churches, and our nations only work within the restrains of his Kingdom.When we continually look horizontally and not vertically, we’re quickly disoriented by the King’s rivals, which are reminiscent of the gods of wood and stone denounced by the prophets as impotent.

Those fields that are white unto harvest are spoiling while the harvesters remain distractedly engaged in trivial pursuits. Proclaiming the gospel while living for an earthly kingdom becomes a spiritual barrier to that same gospel that few will ever navigate around.

His demand of kingdom allegiance does not stem from some internal insecurity, but from an eternal perspective that our lives, our churches, and our nations only work within the restrains of his Kingdom.

But what happens when we seek, proclaim, and advance his Kingdom first above all other priorities? How do lost sheep respond when they witness the church of Jesus Christ selflessly emulating her King? What kind of influence can a peculiar people have?

The answer arising from both Scripture and history is exceedingly clear: powerful and persuasive authority from surprisingly ordinary vessels. Perhaps our waning evangelistic fervor and fruit is indicative of a primary allegiance pledged to a rival kingdom. When we are captivated by the great treasure of Christ and his Kingdom, we’re positioned to winsomely invite others to join us in a clearly countercultural life. A life that works.

Repentance is our only way forward for a people who’ve lost the light. We won’t get anywhere by simply decrying the darkness. We must radically confess our need for the light and invite the Spirit to produce in us what we can’t manufacture on our own. Such contrite repentance will predicate any movement of revival in evangelism in our day.

Ultimately, it will be a different kind of church that unites a divided world under the healing power of the gospel. It will take a church led by courageous Kingdom patriotswith less thought dedicated to their temporal status than to their eternal commission.

Leaders whose political allegiances take an obvious backseat to their quest for Christ’s life in them characterized by their ‘poorness’ in spirit.

Praise God that our cultural moment is producing just such men and women who are often emerging from the most unlikely places.