Poverty is more than just a physical reality.
Gabriella Siefert 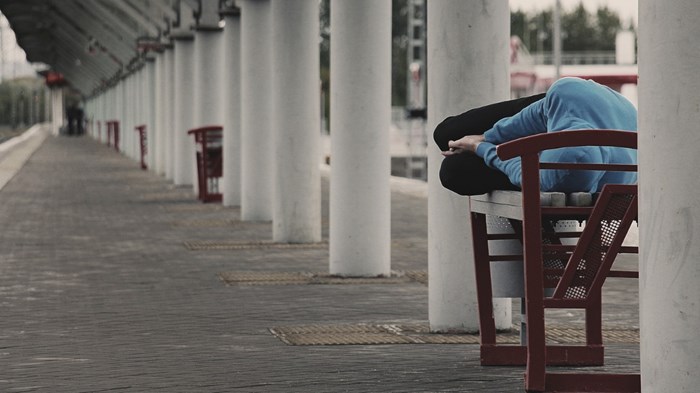 Image: via Pixabay
On Saturdays, I host a radio show called “Ed Stetzer Live” on Moody Radio. The program airs live at 11 a.m. CST across Moody affiliates. In the last program, I spoke with Wess Stafford, President Emeritus of Compassion International, about sponsoring children living in poverty around the world and changing their lives for the Kingdom. You can listen to it here. You can also follow the show on twitter at @edstetzerlive.

My Editorial Assistant, Gabriella Siefert, shares her thoughts in the article below about what it looks like to approach the issue of poverty as a Christian.

Poverty is a tricky thing to define; especially for those of us living in a Western context.

Ask a dictionary and it’ll probably tell you something about its correlation to a lack of material possessions, money, and other resources. Ask most Americans and chances are they’d focus on a simple lack of water, food, housing, or other things traditionally associated with the realities of daily living in the Global South.

This isn’t to say that Western nations, or even Americans in general, are completely ignorant to the existence of poverty; the realities of domestic poverty in urban and rural America have shown us quite the opposite.

What’s troublesome, though, is that many of us struggle to imagine that poverty is anything more than a physical reality. So often, we focus on relief efforts that throw old clothes, shoes, water wells, and free food at an issue that, quite frankly, deserves some more thoughtful consideration.

Before providing answers, let’s ask ourselves a question: What does experiencing poverty actually feel like?

Back in the 1990s, the World Bank conducted surveys of men and women in 47 countries around the world who were currently living in poverty. These studies were eventually compiled into a series of books called Voices of the Poor; the resulting findings shed light on the powerful grip poverty has on so many worldwide.

A woman in Moldova said, “Poverty is pain; it feels like a disease.” In her own words, “It attacks a person not only materially but also morally. It eats away one’s dignity and drives one into total despair.”

In Latvia, another shared: “Poverty is humiliation, the sense of being dependent.”

In Pakistan, one individual summarized the experience like this: “We poor people are invisible to others—just as blind people cannot see, they cannot see us.”

These words aren’t just shocking, they’re sobering; a reminder that there’s so much we don’t know—so much we can’t possibly begin to understand.

What you might notice is that none of these individuals talked about food, water, or shelter. They didn’t complain about the pangs of hunger, thirst, or cold nights—though these are all likely facets of daily living for them and millions of others.

Poverty, it seems, brings about an experience of emotional pain, humiliation, a loss of dignity and, most profoundly, a loss of hope. It affects not only how others see those living in poverty but how the impoverished see themselves. Everything from their perceived value to their worth to their identity is deeply wounded, marred by the misperception and judgments of others.

As it seems, poverty is so much more than materially based; it’s emotional, psychological, relational, and even spiritual. Given this, followers of Christ are called to support poverty alleviation measures that holistically address not just some, but all of the issues at play in the lives of afflicted individuals.

Ultimately, it seems to fight against poverty is really to fight against the lie that an individual’s economic welfare, status, or social class somehow determines their worth before God and others. This notion, we know from Scripture, is simply not true.

The real truth is that all of us are image bearers of God—it’s a reality that seems carved into our very essence, written onto every strand of our DNA. This status isn’t reserved for Fortune 500 CEO’s, the super-smart, or the really religiously devout. It applies to all of us. God loves all of us. We are his.

But if you really want to understand our Lord’s love for those living in poverty, then look no further than the earthly life and ministry of God himself in Jesus Christ.

What you’d immediately notice is that the valuation and prioritization of the rich over the poor are not a phenomenon unique to our context alone. As a matter of fact, many of the social structures in place during the time of Christ made it hard for those with limited means to gain access to God.

To illustrate this clearly, there’s a story that most of us remember learning in Sunday school as kids, one that happens to be found in not just one, but all four gospel accounts: the story about Jesus turning tables in the temple.

It’s a story that at least confuses us and at most even frustrates us. If God is love, how could Jesus get so angry?

But a quick read between the lines of culture and context teaches us that Jesus wasn’t just overreacting to some pigeons: he was responding to the religious structures in place in his day that put the poor at a disadvantage. He was calling out the temple authorities for trying to make a profit off of people’s ability to atone for their sins and enter into communion with God.

Jesus was angered by the notion that the poor were being short-changed of their chance to come before the Father—and rightfully so. It bothered him then and it should bother us now.

We see in the heart of our righteously angry Savior a love for the poor and a desire that they would come to know their full value and worth in his eyes. As his followers, our calling is to enter into caring for the marginalized and the oppressed—including those living in poverty all over the world.

Addressing the needs and challenges of the global poor in meaningful ways means doing it like Jesus did. It means recognizing that material issues only tell part of the story and that any solutions we can offer should be the result of thoughtful consideration and motivated by a desire to restore dignity and worth.