One-on-One with Keith Getty on the Sing! Conference and the Importance of Song, Part 2

The Sing! Conference is about creating a new song and a new hymnal for churches.
Ed Stetzer 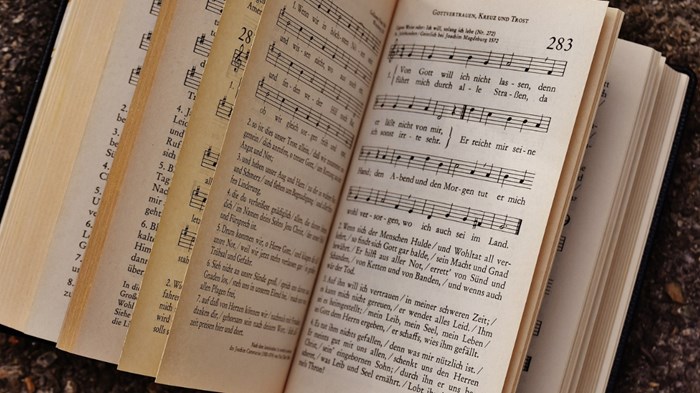 Image: via Pixabay
I recently talked with Keith Getty about the Getty’s five-year event Getty Music Worship Conference—Sing!—which engages theology, the arts, and song, and also about his own reflections on song in our churches today. You can find Part 1 here.

Ed: In addition to the family hymnal, you also dropped the North Coast Sessions at the last Sing! Conference. Is that focused on the Psalms? And if so, why is that?

Keith: Yes, that’s true. Really, a lot of the Sing! Conference is about creating a new song and a new hymnal for churches—that's a big part of where we're going with everything we're doing. One of the things we're doing is this first collection of hymns and songs that were inspired, in part, by the Psalms. The album was actually recorded right on the Northern coastlines of Ireland.

When was the last time you were in Ireland, Ed?

Ed: About three or four years ago. You were in Northern Ireland, Keith, but my ancestors are actually from the city of Drogheda in, well, Ireland.

Keith: Yes, Drogheda. You have to drive through Drogheda to go to Dublin. We once drove through Drogheda to go the Dublin Airport. But when we were up in the North Coast, I remember looking over Scotland, and would you believe this, but we actually started the whole North Coast Sessions album with an old Scottish sound tune. The tune is called, "Martyrdom Left the Miserable Scots Call Home Miserable Names to Their Songs." Our piper, Patrick, was with us in a little harbor town called Port Braddon and as he was playing, he was looking straight across at Scotland.

This project marks our first attempt at a collection of songs. We took 80 days out of this year alone just to study the sounds and study the music. It's just an incredible experience. Honestly, it’s been probably the most transformative writing experience of my career.

Ed: My oldest daughter (who is studying opera) prefers a church that's much more traditional— she does not like what she calls, “You four-chord guitar workship.” So, obviously, I come from a more contemporary background. It seems easier, to me at least, to shape worship practices in the ways you’re suggesting in the kind of church that my daughter would want to go to. How do you suggest that churches that are stylistically more contemporary make these kinds of changes? Is it possible to have a rich depth to the worship in contemporary churches as well?

This morning when I got up at 5:30, little Tallie, our five-month-old, woke up and I was feeding her this little porridge food. She's just beginning to move to solid foods and is mostly eating a little bit of milk and a little bit of porridge.

But Gracie, our 3-year-old, has just moved to wanting parfait. She used to want Rice Krispies, but now she wants parfait because her tastes have grown. As we grow, as believers, we need to deepen the ways we’re choosing to edify ourselves. Deep believers want the same deep things with the Lord and love deep things about the Lord in the same way that you, as a theologian, would gradually read more deep, interesting, and refined books. So, that's the first question.

The second question is this: What helps our families truly sing?

I was listening to Nordic jazz yesterday when I was by myself. My wife was listening to another singer-songwriter. When we're with our girls, we sing melodies more often or we sing things like "Twinkle Twinkle Little Star.” We sing songs that we can sing as a family.

But what about our churches—what helps our church to sing? We look at our church and ask ourselves, “How can we help them sing?” If that means turning off the smoke system and all that technology for a while, then that is a good starting point.

The goal is not to have the music at the forefront; instead, we focus on how God's people are singing to one another.

One-on-One with Keith Getty on the Sing! Conference and the Importance of Song, Part 2

One-on-One with Keith Getty on the Sing! ...