We need leaders marked by the living presence of Jesus that inspires men and women to bold faith.
Jeff Christopherson 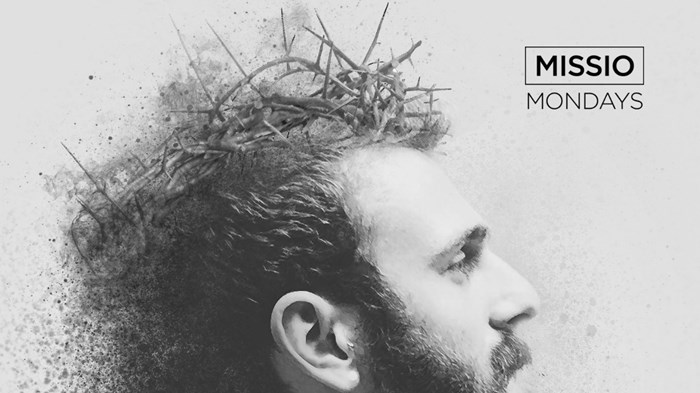 “Follow me, as I follow Christ,”[1] seems like a pretty audacious statement to make for the average modern-day church leader. It presupposes that the things that I spend my time doing, if carefully imitated,[2] would have a kingdom revealing affect[3]. It presumes a level of spiritual integrity that is wide open to personal inspection and private scrutiny. It is the quintessential call of disciple-making in its original first-century intent. And it is as foreign to most twenty-first century evangelicals as a medium-rare filet mignon in a church potluck. In theory we believe its possible, but we’ve never seen it.

Now we have more modest goals. “Follow me to church” seems difficult enough to pull off, even when the assembly is entirely stationary – how can we expect more? So, we build our discipleship models with the expectation of motionless followers following a passionless reduction of a missionary Jesus.

But we can never get first century results with our twenty-first century commitment to disciple-making. Now, more than ever, we need something far more Jesus-y.

“Now when they saw the boldness of Peter and John, and perceived that they were uneducated, common men, they were astonished. And they recognized that they had been with Jesus.” (Acts 4:13)

Much is written about the marks of an effective church planter. What traits are essential? How should they be trained? What gifts must be represented among the planting team? These are valid questions whose answers lead to wide-ranging implications for the nature of modern missiology. But what is missing?

Lost amid the voices is the assumed, but often neglected, foundation for all leadership. Our day calls for a resurgence of Jesus-y leaders. Luke makes just such a comment about Peter and John. Their courage in the face of persecution and imprisonment was compelling, especially because these men testifying to the Messiah’s work were common, uneducated men. And what marked these men the most? They were recognized and characterized as people who had been with Jesus. Perhaps these onlookers recognized them as those who followed Jesus throughout his earthly ministry — but more likely there’s a character connection being made. The reason they were able to proclaim the message with boldness, suffer with hope, and testify to the uniqueness of the person and work of Jesus Christ was simple; they’d been with Jesus. He’d rubbed off on them. Now exalted to the Father, he continued to fill them with his power and commission them to a work that would otherwise be impossible apart from their connection to Jesus.

So, yes, we need skilled leaders. But more than skill, we need Jesus-y leaders. We need leaders marked by the living presence of Jesus that inspires men and women to bold faith. Leaders known, not first and foremost for their compelling gifts, insightful writing, charismatic communication, or influential leadership, but for the fact that they are being continually shaped by Jesus. Those inside and outside our churches take notice of the countercultural ways we emulate his character.

Here are a few clear ways that people can tell we’ve been with Jesus:

Humility – Jesus-y leaders reject prideful posturing and give preference to humble, empowering leadership that seeks to promote the best for another. It’s worthy of note that these early apostles took pride in nothing other than Jesus. Today’s Jesus-y leaders would think beyond metrics of self-aggrandizement—numbers, power, influence, platform—and prioritize deep seated dependence on God as the sole source of one’s identity.

Service – Jesus-y leaders pour themselves out in burden-bearing relationships that models love in action. They’re discontent in environments that fostered building institutions and organizations at the expense of the very people they were called to serve. In contrast, Jesus-y leaders model their Savior by laying aside claims to power or privilege and pour themselves out in selfless deeds of service that only God can see.

Courage – Like Peter and John, Jesus-y leaders take risks that are inexplicable apart from His leadership. Gone would be the days of ministry equating to manufactured, polished presentations and experiences. Instead Jesus-y leaders are attuned to the activity of the Spirit and take courageous steps into unchartered territory regardless of the cost. To them, because the vision is so clear, it takes more courage not to obey.

Boldness – Courage and boldness go hand in hand. But specifically, boldness in the Scriptures testifies to those willing to speak the truth of the all-encompassing gospel of Jesus Christ. Just before, these early apostles declared the uniqueness of Jesus—he is the only way to salvation and no one comes to God down another path. Today, Jesus-y leaders speak with this same boldness by applying the singular truth of Jesus with prophetic clarity to the needs of modern society.

These four—humility, service, courage, and boldness—are inextricably linked. Boldness without humility creates leaders who, though they might say the right thing, they do so in a manner, tone, or form that repels rather than compels. Courage without service produces leaders who are willing to take risks but do so in a way that communicates that the outcome of the task is more important than is the people the project is designed to serve.

The combination of these character virtues, however, is a compelling answer to the leadership crisis that faces the church in North America. Following Jesus personally is where we start. And Jesus is always going somewhere, so my followship will be distinguished by the fact that I am moving into places that I might never go if I were left to my own devices. And also like Jesus, I don’t go alone, but invite others to pattern me. I do this, not out of some kind of vain hubris, but out of a simple conviction that comes with a life patterned after Jesus.