A powerful letter from Ivor Poobalan of Colombo Theological Seminary in Sri Lanka, in the aftermath of the bombings.
Ivor Poobalan 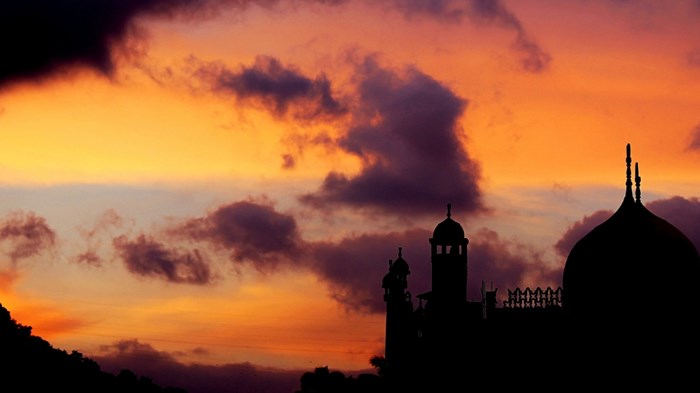 Image: Pixabay/musthaqsms
Friends, it is very atypical that I publish a personal letter. But in the aftermath of the bombings in Sri Lanka just a week ago, this poignant and personal reflection by Ivor Poobalan is powerful, so I asked his permission to publish it. Ivor is Principal of Colombo Theological Seminary (CTS) in Sri Lanka and is Co-Chair of the Theology Working Group of the Lausanne Movement.

Today is the fourth day following the Easter Sunday attacks, which have been comprehensively reported on around the world. The suddenness, magnitude, and the horrific nature of these coordinated bombings generated a profound sense of shock and disbelief, followed by outrage and fear. The disorientation is compounded by many important factors.

The fact is that, for over a thousand years, Sri Lankan Muslims have lived at peace with their neighbours and have never been known to initiate violence against other ethnic or religious communities. This is so unlike the ancient histories of world Islam where often its very introduction was marked by violence and holy war.

In Sri Lanka, the four world religions (Buddhism, Hinduism, Islam, and Christianity) have co-existed for over a millennia. The earliest Christian communities were the Nestorian Christians of the sixth-century AD, but these had ended well before the Roman Catholic Portuguese arrived in the fifteen hundreds.

Religious violence is relatively new, beginning in the late eighties (1987) with the martyrdom of Pastor Lionel Jayasinghe of the Assemblies of God. From this point on, extremist Buddhist groups have continually targeted Christian workers, congregations, and church property; most being evangelicals committed to evangelism and church planting.

Even during periods of reduced intensity, acts of discrimination simmer in the rural areas of the country where Christians form a very small minority, are poor, and have little access to power and influence.

In the Eastern Province, where Batticaloa is the main town, extremist Hindu groups have occasionally been aggressive against the church, and more recently we had incidents by such a group in Nuwara Eliya in the central hill country. The Easter attack is the first by Islamic extremists, and this aggression against Roman Catholic churches is unprecedented.

It has now become clear that intelligence agencies had warned the government and law enforcement specifically about the nature of the threat and the targets, but there was not even a hint of danger officially released to the church leaders or the hotel industry. This monumental failure has cost so many lives and unleashed a wave of palpable fear.

Today, there was growing anxiety with rumours of an even bigger explosion somewhere in the city. Heavy vehicles were ordered off the streets, some offices went into lockdown, and gradually the city became eerily calm as security forces and police searched desperately for suspects and explosives.

A bomb was found near a bank in Batticaloa, and over the past few days several detections have been made including a factory used to make bombs, and caches of weapons and explosives all over the country.

Another unexpected consequence has been the sad experience of families of refugees from Pakistan and Afghanistan, many of whom were living in Negombo until their immigration to other countries was processed by the U.N.

Neighbours have reacted and driven them from their homes, and they have sought refuge at the police stations. We will need to figure out how we can help them.

Right now our home church, Kollupitiya Methodist, is closed off by the security forces, and no one is allowed to bring a vehicle in. Most churches are uncertain about conducting worship next Sunday.

Muslim leaders have today appealed to the churches to not cancel worship services; that Muslim men will come to stand around the churches to offer protection. There is genuine mutual goodwill between the leaders of the two faiths which we must certainly seize upon if this violence and brutalization is to be stemmed.

In this light, it was truly inspirational to listen to the speech made by Abraham Sumanthiran yesterday in Parliament. Sumanthiran is one of my dear friends; a strong Christian and former Vice President of the Methodist Church.

I will attach the text of his speech to this correspondence. His speech was followed by that of Rauf Hakeem, the leader of the Muslim Congress (the main Muslim political party). You can find it here.

The death toll has now been brought down to less than 300 (from the previous official version of 350) and many are fighting to survive. The suffering and grief is immense and felt intensely, even though this generation has seen massive loss of life through two Marxist insurrections, a 34-year civil war, and the Boxing Day Tsunami (where 40,000 died within just two hours).

We are also deeply saddened by the deaths of 37 foreign nationals, many who had come to Sri Lanka to enjoy a vacation away from the cold. How sad that sunny Sri Lanka should have become for them too, an island of tears.

The Zion Church in Batticaloa is the one with which CTS has links. On the occasion of our last awards ceremony for students at our Batticaloa Extension, Pastor Roshan Mahesan and the leaders of Zion extended their hospitality and treated the graduating class and the CTS personnel to a sumptuous dinner.

It is likely that the bomber picked Zion because the nearby Catholic Church had finished the Mass. He had come right into the church and been noted by his strange behaviour. Ramesh, a CTS student who was a pastoral assistant, had taken him by the hand and walked him out wanting to find out more about his interest in the church and who might have invited him.

After leading him out to the compound Ramesh had asked him to wait while he went to the church office briefly. Several motor bikes were parked nearby. It was then that the bomber detonated the device. Although this meant that many of those seated within the sanctuary were saved, there were several Sunday School children playing in the compound. This is the reason that 16 of the 27 who died instantly were kids. Ramesh also died. Two woman students, Rebecca and Vathani, were badly injured. Rebecca is critical. BBC covered Ramesh’s story. You can see it here.

Nitharshan Prabha is a CTS student and a Sunday School teacher at Zion. He has this amazing testimony:

During Sunday School he had talked to the children about the importance of repentance and receiving Jesus as Lord. Because a recent vehicle accident had claimed the lives of six Zion Church members, he had referred to that event and challenged the children asking them if they would be willing to even die for Jesus. All the children had responded by putting their hands up and signalled their fresh dedication to Jesus by lighting a symbolic candle. For so many of those children it would be their final act of worship (2 Timothy 6:6-8). Prabha had a narrow escape. The person next to him, the wife of a CTS alumnus, sustained critical head injuries and is in ICU.

Our social landscape appears to have transformed in an instant. Once we get over the shock, it’ll be time to roll up the proverbial sleeve and get engaged in the work cut out for the Church.

We will need effective pastoral care for congregations, psychosocial support for Christian children, and a whole new way of thinking about security for Christian events and gatherings. Then there is the need for biblical teaching: to enhance our understanding of persecution and our theology of suffering; to deepen our commitment to evangelism; and to develop a Christian mind for peace-making and grace-sharing.

Many have expressed their readiness to support the families of the bereaved and the injured. The churches are already working on rebuilding their damaged properties. There is an amazing resilience and solidarity that is sweeping through the wider society. Pray that it will grow.

In all things God works for the good of those who love God and are called according to his purpose. I ought to have put Paul’s words within quotation marks and cited Romans 8:28, but having seen national scale violence, destruction, and suffering from the time I was seven, I’ve felt it’s better to make those words an immediate and natural response rather than just a scriptural quotation.

What a comfort to know and feel the power of the truth of what Paul continues to say in Romans 8:28-39: “Who shall separate us from the love of Christ? Shall trouble or hardship or persecution or famine or nakedness or danger or sword?”

Thank you for praying. There is nothing more comforting than the feeling that the people of God around the world prayerfully share the pain, the passion, and the purpose of our shared calling, to be faithful to the summons of our Lord in the brief moment of history gifted to each of us wherever we are placed in God’s good earth.

Your brother in Christ,

A Local Reflection on Early Days After the Sri ...