I have a new six-week study guide to help you navigate our increasingly polarized culture.
Ed Stetzer with Andrew MacDonald 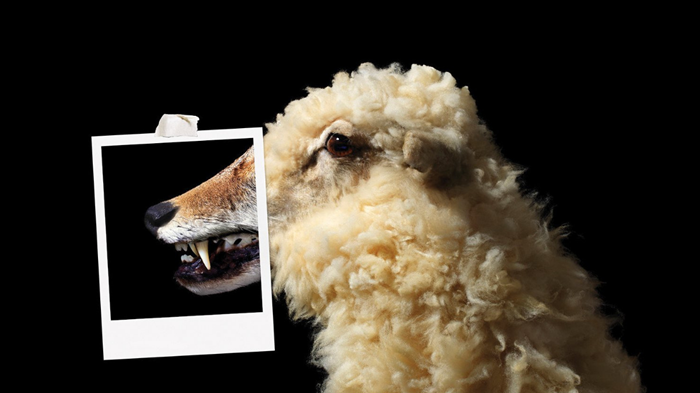 We live in a culture saturated in anger, polarization, and tribalism. Every day, there is a new event that ignites a firestorm on social media, in our community, and even across the dinner table.

These cycles seem to be getting shorter and more intense with each passing month. For reference, go and look at the headlines in newspapers from a year ago. The stories that evoked mixtures of shock and vitriol are distant memories even as the scars and broken relationships from the insults hurled remain.

It is not that these events weren’t important. For many, these events had a massive impact even as the rest of the world moved on.

Rather, it seems our world only knows one way to respond to issues so as to treat them as significant: outrage. Nuance, empathy, and exchange are interpreted as weakness. The only way we can convey the importance is by shouting over the crowd. Secure within the echo chambers of our carefully crafted social media feeds, our society seems to be unnervingly willing to demonize anyone outside their walls.

Faced with this anger, it is alarming to watch how easily Christians willfully—if not gleefully—join in. When the volume begins to rise, we match the intensity. More than outliers, I’m convinced we’ve become progressively desensitized to the way we casually and broadly dismiss others. Rather than heed James’ warning, we are quick to anger, refuse to listen, and reserve our love for those who pass certain litmus tests.

As I argued in Christians in the Age of Outrage,

Outrage is motivated by a desire to punish or destroy rather than reconcile and refine. It is frequently accompanied by hubris and a confidence in its judgement, categorically rejecting any nuance. Outrage is fast and decisive rather than reflective, choosing to exhibit God’s retribution rather than reflect his persistent, steadfast love.

At its core, outrage is when we let our flesh and this world set the model for our anger rather than Scripture.

We might expect this attitude from a world lost in sin. However, this reaction is wholly at odds with people who claim Christ as Lord. It is with a deep sadness that the most vicious posts I’ve witnessed online have come from those who have “saved by grace” in their online bios; somehow unaware that their actions repudiate their confession.

In talking with Christians, I rarely have to convince them that Christians can be tempted engage in the outrage of our world. However, what can be difficult is convincing them that their retreat from the outrage is problematic as well.

Even as a vocal contingent of Christians give into outrage, there are a sizable group that simply check out. They retreat from any and all engagement, citing the anger they see as justification. In a respect, this is understandable. No one wants be branded intolerant or a heretic and besides, no one ever changes their minds online, so why even engage?

The truth, however, is that this response can be just as destructive.

There are things in our world which should provoke us to anger. We should be angered by injustice and suffering when we see it within our community or on the news. The fact that our culture is increasingly divisive and outraged should not to diminish the reality of sin and our need to be angry at its impact on this world.

There are ample reasons for Christians to be righteously angry, the most pressing is often the ambivalence or complicity of Christians in the injustice or perversity of our world.

We need to be angry; the Christian faith demands it. In trying to observe the Apostle Paul’s warning to be angry but do not sin, Christians can risk running to the other extreme of stoicism or apathy in the face of evil.

Christians in the Age of Outrage

It has been nearly one year since I wrote Christians in the Age of Outrage and the response has been far more than I expected. While this is in part due to the fact that since then we have experienced nearly daily reminders that we live in an age of outrage, I think that underneath this reality is the truth that many Christians are both exhausted and confused.

They are exhausted by the cycle of rage and polarization that continues to grind story after story of anger and confused as to how the believer should respond. When should we get angry? When should we be peaceful? How can we live out either option in way that magnifies Christ rather than reflecting our culture?

As I wrote this past Fall, our struggle with outrage is a discipleship problem. Families, churches, and seminaries are struggling to equip their people to live in a world that is increasingly polarized and digital. The voices we listen to, the habits we form, and the behavior we exhibit are too frequently indistinguishable from this world. It should be no wonder, then, when our witness is diminished. Who wants a Christianity that is just as embittered and exhausted by its state of perpetual rage as every other ideology or religion?

Christians At Our Best

The problem with outrage was that it was meant to only start the conversation about how we should then live. I wanted to get Christians in the context of their families and churches to consider how their actions in the midst of such cultural upheaval was reflecting their professions of faith.

My ultimate goal was to push Christians to dialogue with their brothers and sisters about how they could do better, engaging, in love, both those in their neighborhood and through social media. As Christians, we need to consider what it means to be salt and light in our age.

Whether we face outrage towards Christians, outrage by Christians, or simply outrage at the outrage, we need to be driven to think through how we can show and share the love of Jesus in the midst of a world of division, self-interest, and offense.

To this end, Andrew MacDonald and I have written a six-week study guide to facilitate these discussions. This study guide was written to help Christians learn how to be their best in a world going through intense technological, political, and cultural change.

Through each week, the study guide begins with a short video teaching where I unpack the why and how of cultural engagement in the age of outrage. This is followed with a chapter in the study guide which provides Scripture and questions designed to foster discussion on how Christians can live out this teaching today.

Designed to challenge, my hope is that each week Christians will consider how they can bring their best to a world in desperate need of the gospel of Jesus Christ.

Andrew MacDonald is the Associate Director of the Billy Graham Center Institute. He has an MA in Philosophy of Religion and Ethics from Talbot School of Theology and is currently a PhD Candidate in Historical Theology at Trinity Evangelical Divinity School.