There is a common thread between the recent denouncements of faith by Christian leaders.
Josh Laxton 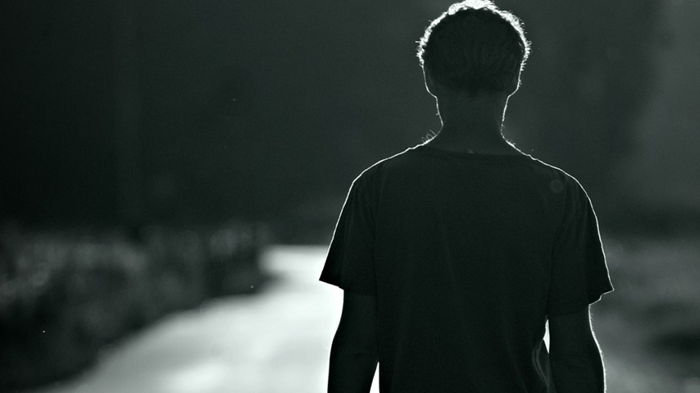 Another high-profile Christian voiced his decision to “fall away” from faith. To be fair, Marty Sampson did walk back the position, saying that “he hasn’t renounced the faith.” Nevertheless, both Sampson and Josh Harris chose to invite the public in their season of struggle and straying.

As one would imagine, such public displays of de-affection has led to a range of reactions from the social media sphere—support, shock, and outrage, to name just a few. As we all wrestle with such public vulnerability and rawness, we must always begin with prayer for those who are struggling, and those who have laid the proverbial line in the sand regarding their denial of the Christian faith.

As we pray, there are two particular things I believe those secure in the faith can do. First, we can seek to understand why such people fall away. Second, we can discern and devise ways we can strengthen our discipleship environments to allow the full spectrum of seekers and strugglers have safe environments to belong, become, and believe (and keep on believing).

To help our understanding of why people wander or are tempted to wander from the faith, we can look at the Book of Hebrews, which addresses the need for endurance to not fall away and the environment that tempts one to fall away.

The Endurance to Not Fall Away

The writer of Hebrews addresses believers who were undergoing severe persecution to the point that they were tempted to waver in the faith. So the author writes a letter aimed at encouraging them to endure. In Chapter 11, we find the “Hall of Faith”—and these words:

Now faith is the reality of what is hoped for, the proof of what is not seen. For by it our ancestors won God’s approval. By faith we understand that the universe was created by the word of God, so that what is seen was made from things that are not visible. (v. 1–3)

In an environment where people experienced pain and suffering, which ignited feelings that buffeted their faith, the author described the essence of faith. Faith isn’t about the reality of the moment, but on that which is hoped for. Faith is something you believe, even though you cannot tangibly see it nor fully explain it.

And it is faith that receives the approval of God.

After briefly describing the essence of faith, the author moves to provide examples of Old Testament saints who exercised faith. Abraham, for example, was told by a God he just met to leave his hometown and go to “a place” that this God would show him. And he went!

Although Abraham is a fallen and flawed individual with a roller-coaster life of obedience and disobedience, he had a fixated faith. He believed God. Not only did he believe God—which was accounted as righteousness—but he believed he was moving towards a city built and established by God.

God wired all of us in a very complex pattern of mind, heart, spirit. All of us have emotions we feel. But faith is not about fixating your mind on the feelings of the moment, but on directing your heart towards the promised future. Many of those who have followed God had to discover this reality:

But each of them overcame their doubts, fears, and anger and continued on living faithful and faith-filled lives towards the future promise. And what was the future promise? Jesus. The Son of God who is higher than the angels, greater than Moses, instituter of a superior covenant, the perfect sacrifice for sin, the King of the unshakeable kingdom, and the steadfast anchor of the soul.

For the Old Testament saints, fixating their eyes on the future promise balanced their lives when buffeted by feelings of doubt, anxiety, and fear. And just to think that the author of Hebrews describes the New Testament saints having been provided something better (Heb. 11:40)!

The Environment that Tempts One to Fall Away

But what’s the environment today that is making people like Josh Harris and Marty Sampson question and even walk away from the faith? For starters, it’s not like the environment the audience of Hebrews experienced. Today, there may be philosophical, relational, and verbal hostility towards those of the Christian faith, but not life-threatening hostility as many of our brothers and sisters face in other parts of the world.

The cultural environment in which the Church of the West now find herself is one that is pluralistic, skeptical, hyper-individualized, personalized, and syncretized.

Our culture operates as a marketplace of competing ideas. Therefore, is truth real? Is there really one way to God? To heaven? This pluralism, coupled with a dismal track record of institutional and authoritative integrity, has caused systemic skepticism.

People question everything. But not only that, our culture is one of hyper-individualization and personalization where the individual’s needs and desires are prioritized over others. Given this cultural landscape, there’s a syncretistic tendency for individuals to craft their own morals, views, and standards to create a worldview and micro-narrative that works for them.

The church is bombarded with these cultural mortars daily. And at the heart, the Christian faith runs counter-culture to many of these environmental mortar shells. And what I think happens is that over time these shells have a tendency to test the faith of Christians by tempting them to take their eyes off Jesus.

For example, my takeaways from Marty Sampson’s post were:

There’s something similar with Josh Harris’ post. If you read his post in its entirety, there’s nothing about Jesus.

Without knowing these men, it seems that what transpired—and we will continue to see it in the lives of others as we move further into this century—is that they grew weary trying to understand, interpret, communicate, and explain the infinite through the lens and to the lives of the finite.

And as a result, focusing on the secondary and tertiary issues of the Christian faith allowed their eyes to wander from the author and perfecter of the faith.

Anytime we take our eyes of Jesus during turbulent storms—be that physical, philosophical, practical or emotional storms—we drift away from Jesus. Peter is the poster-child for this.

To the Joshs and Martys of the world, I get the difficulty of navigating the intersection of the Christian faith (and all the voices present there) and contemporary culture. I understand the emotions, the doubts, and the skepticism that such a congested chaotic environment can cause. And I truly believe there’s no shame in doubting, questioning, wrestling, and even struggling with the unknowns of how our faith intersects with a broken and finite world.

On the other hand, like the author of Hebrews did to believers living in a hostile land in the first century, let me remind us all that lying at the core of our faith is the King of Glory who died, was buried, rose from the dead, and sits at the right hand of God. And he is in the process of making all things new.

Therefore, don’t give up. Don’t walk away. Endure! “Do not throw away your confidence, which has a great reward. For you have need of endurance so that when you have done the will of God you may receive what is promised” (Heb. 10:35–36).

Indeed, there’s a mystery to the faith, but there’s also a great master and perfecter of our faith who conquered death and sin. Resist the temptations to take your eyes of Jesus. Rather, as the old hymn suggest,

Turn your eyes to Jesus and look full into his wonderful face and the things of earth will grow strangely dim in the light of His glory and grace.