Vietnam deserves a priority place on our prayer list as we lift our voices as spiritual advocates for the world.
Brian Stiller 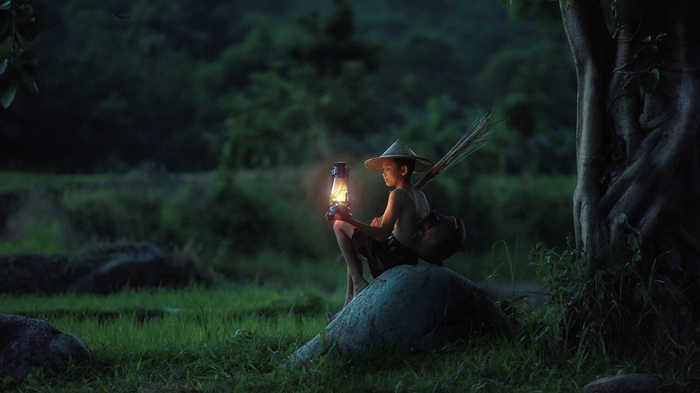 Regardless of one’s politics, it is impossible not to be overwhelmed by the stories, artifacts, and pictures of the War Remnants Museum in Ho Chi Minh City. The horror of conflict they depict is tangible.

The veteran missionary couple who took me there could not complete the tour and said they would not come again. In picture after picture one can almost hear the pounding war machines leaving behind remnants of human destruction.

Against that backdrop, I joined with church leaders celebrating the amazing accomplishment of printing a million Bibles since 1994, when the communist government began permitting it. The pride of church leaders in raising up a national church countermands their long suffering at the hands of foreign influence.

The Vietnamese, a highly resilient and entrepreneurial people, are imbued with a spirit and energy that pushes them up from the ravages of war and destruction, turning their hope of life into energetic ideas and initiatives in a country still under authoritarian communism.

I recently met pastor Nhuong Pham who emerged from the most unlikely places. He’s a window, a way to see the Spirit at work. Let me tell you his story.

Nhuong’s home had no connection to Christian faith. Vietnamese worship their ancestors under the combined influence of Confucianism, Buddhism, and Taoism. Their culture has no intrinsic connection to the monotheistic faith of Christianity.

Moreover, Nhuong’s world was communism, which was taught in their schools, everywhere framing life and the marketplace.

Added to that, in their not too distant past, they endured two brutal wars of national liberation against the French and Americans – two nations which most Vietnamese assumed were Christian. Any notion of Christian faith as appealing simply wasn’t written into their equation of something good.

Young and adventuresome, in 1990 Nhuong headed off to Moscow, sent by his government for education. Even though thrilled at travelling abroad, he recalled wondering, “Why was I sent here? Was it just a mistake?” The search for who he was and who he would become became a nagging question.

When he arrived, the Soviet Union was crumbling, dying a fast and very public death. Nhuong witnessed it from within, a student filled with conflicting wonderment and disillusion.

The vacuum was instant.

As the Soviet Union dissolved, leaving in its wake a disillusioned and receptive population of young people, foreign missionaries, including overseas Vietnamese, arrived in Moscow, the wider Soviet Union and other Eastern bloc countries.

Some large evangelistic events were organized. It was through one of these that Nhuong heard the gospel and trusted in Christ. He said, “God sent me to Russia, so I could meet Jesus. In Russia, I was equipped with the Word of God to be sent back to Vietnam to preach His Word.”

In time Nhuong completed his master’s degree in Moscow. Not satisfied with his academic learning, he enrolled in a Bible school and, with others, formed a Vietnamese church in Moscow. Here he developed skills in preaching and pastoring.

A couple of years later – in 2003, he and his wife sensed a call to return to their home country, Vietnam, and Nhuong began preaching to his own people. “We faced many difficulties, moving from house to house six times. Frequently summoned by different levels of authorities, we learned that persecution [comes] . . . in different ways.”

People came to faith. Gradually churches began to open up and he was able to preach to more and more people. In time, their church membership grew to over 5,000 in 50 locations around the country.

He realized he needed a Bible school to train pastors, so his Word of Life Church developed a training program. To date up to 1,500 students have been trained. “Many of them became pastors, preachers and servants of God.” Nhuong goes on to talk of his vision for Vietnam:

We dream of a near future [with] thousands of churches established in all 63 cities and provinces of Vietnam, [along] with a huge revival from North to South. In addition, many Vietnamese missionaries will be [sent by God] to different countries in the world. Please pray for us so that the dream comes true.

Over a hundred years ago missionaries of the Christian and Missionary Alliance (C&MA) arrived in Vietnam and in short order began training pastors, planting churches and, in a stroke of genius, translated with the help of a famous local writer, published a Vietnamese Bible within a decade of their arrival.

Ahead of their time in mission methods, rather than keeping Western missionaries in charge, they raised up Vietnamese leaders, and by so doing rooted the message of the gospel as Vietnamese and not a foreign import. It was this deeply embedded message of Christ that was resilient through the times of foreign invasion, civil war and Communist rule.

Of Vietnam’s 96 million people, eight percent are Christian. Of these 1.7 million are Evangelical. The pioneering church, called the Evangelical Church of Vietnam (ECVN) and nicknamed “the C&MA”, remains divided into independent northern and southern entities. House churches have burgeoned over the last three decades.

Development of a National Evangelical Alliance

Over the past few years smaller denominations and house churches have worked at forming a National Alliance, modeled after the over 130 National Alliances already members of the World Evangelical Alliance (WEA).

Recently, I spent a day with a representative group outlining what a National Alliance can do. They are now assembling a constitution with plans to form and launch an Alliance in the coming months.

This will provide Evangelicals with a common voice, a community made up of denominations, house churches and mission agencies, designed to shape a common identity in a country dominated by ancient religions and increasing materialism.

Also, it will provide distinction within the Christian community dominated by a large Roman Catholic church.

In this complex country, in spite of many obstacles and government impediments, there is ongoing gospel outreach, aggressive church planting, and ministry to special needs such as drug addicts.

Three legal Bible schools are augmented by dozens of others to advance scholarship and biblical training. The Vietnamese’ vision and faith illustrates their response to the longing for spiritual life in a nation scarred by conflict and dominated by sterile and repressive communism.

Let me end with Nhuong’s words:

Thank God because Vietnam today undergoes positive changes – the persecution is no longer as severe as it was. Churches are legally recognized to some extent, especially in big cities. The role of Christians is more positively recognized. However, please pray that these changes happen faster and are not limited [to] the big cities but expand to all cities and provinces in Vietnam. Pray also that churches are not only legally recognized in the church buildings but can legally reach the public by holding huge evangelistic meetings and events so that a lot of Vietnamese people have a chance to hear the gospel and come . . . to God, and [that] many churches are established all over Vietnam.

Not just an ordinary country! Vietnam deserves a priority place on our prayer list as we lift our voices as spiritual advocates for the world.

Join the conversation on Facebook
Tags:
None
Posted:
December 14, 2019