If we are going to use the term discipleship to talk about helping believers mature, our focus has to be more mission driven and evangelistically focused.
Ed Stetzer 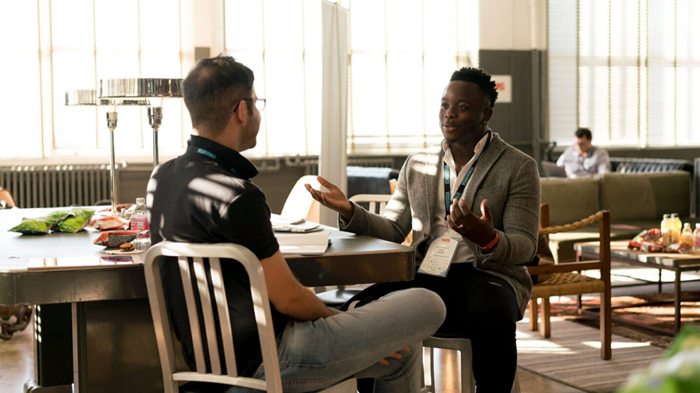 When we think of the Great Commission in Matthew 28:19-20, we often assume the focus is on evangelism. But Jesus commissions us to “make disciples.”

Is that the same thing?

Evangelism, discipleship, and disciple-making are all important terms for us to understand both in their meaning and in their relationship with one another.

If I could redo our vocabulary in 2019 and beyond, I might encourage a more biblically direct term, disciple-making, which is a little different than the way we commonly use the words evangelism and discipleship.

The disciple-making process goes on to include Christian growth until ultimately the person becomes a multiplying disciple-maker himself or herself. The way we use the terms now we would say, “In our modern formulation, evangelism is the process leading up to conversion and discipleship means the process from conversion and beyond.”

However, I think we’ve bifurcated evangelism and discipleship in a way you really wouldn't find in Scripture.

Now, let me be clear. I'm not mad at people who say, “We ought to evangelize,” and then see the next step as discipleship. I say that!

This graphic can bring our current use of the two terms evangelism and discipleship in line with the more Scripturally-focused term disciple-making:

This process might include contact, service, loving the person, and a witnessing relationship leading to gospel proclamation where there's a response by grace and through faith, followed by continued growth. When I talk about outcome-based, mission-driven discipleship, I’m referring to this disciple-making process.

A lot of the little booklets used in initial discipleship for new believers today may have good content, but they aren’t particularly aimed at life-on-life discipling, and they don’t tend to be evangelistically centered. That’s becuase they are about discipleship, but not connected to disciplemaking.

I said to him, “Are you saved?” using the language that the person used with me. He asked, “Saved from what?” And I said, “I don't know but you need to be, I just was.”

Here’s the problem: I did not hear that connection much following that experience. For years, I heard people talk about how to come to Christ, but did not see it followed by and connected to sharing the gospel. My evangelism was seperated from discipleship, rather than connected as disciplemaking.

Later on, it seemed like the way to Christian maturity was to read five books, but in these books witnessing was finally mentioned at the end of at all, and mission was never mentioned.

Both of these concepts can be understood in the overarching idea of disciple-making, which is what Jesus told us to do in Matthew 28:19-20.