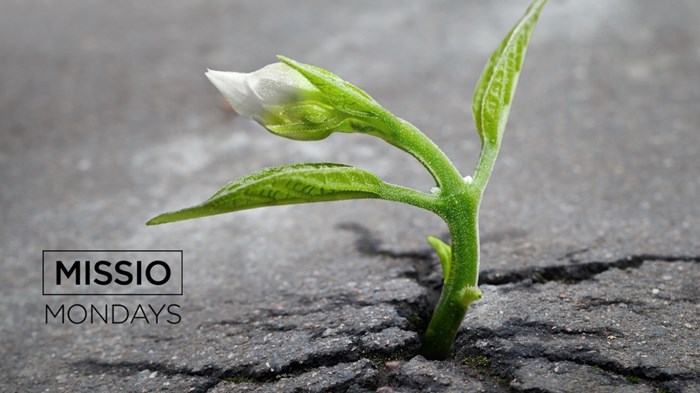 Will the church in North America face an increasing spirit of hostility to its accustomed status of cultural privilege? Absolutely. The question is not, ‘if,’ but, ‘when?’ And my suspicion is that it’s coming much sooner than most would expect. The coming cultural backlash to our unrestrained ties to political power will become a threat to the status quo that no religious PAC can foil. We have declared and unleashed our preferred weapons of battle, and it is likely that they will be used against us in full measure (Matt 26:52). In many ways, it will be a bed of our own making and we have only our pride to blame.

But will this be a bad thing?

The church of Jesus Christ has always resembled her King best when she was in a place, not of dominance, but of yielded weakness. A quick glance through our history unmistakably reveals that when we become powerful, we behave in counter-kingdom ways. We baptize the world’s operating systems and use its muscle to advance our own comfort, security, and prominence with precious little thought given to the mission of our Founder. Rare indeed are history’s examples of the Church in power becoming a kingdom advancing enterprise. The power of God’s kingdom flows exclusively through yielded human weakness. It is constricted by the vanity of human might.

So, how can the coming opposition be an advantage to the mission of Jesus Christ in North America? Here are seven ways that we can anticipate finding a kingdom blessing in the loss of our earthly status:

1. Opposition Reminds Us of What Matters

So long as life is copasetic, we are tempted to believe that tertiary aims are worthy pursuit. Being liked. Fitting in. Having a voice. These lesser goals are forced out in the face of opposition and kingdom citizens awaken to the singular aim of gospel saturation.

2. Opposition Weeds Out the Frauds

It is a biblical and historical fact that God purifies His people through persecution and pain. The days are over where fish bumper stickers on corporate logos lure increase revenues. Authentic Christianity becomes costly when confronted with a cultural majority that has little appreciation for the principles we claim to represent. But again, this isn’t all bad. This opposition will assist in distinguishing between broad-sweeping evangelical labels that range from a bland belief in an ill-defined deity to those who genuinely walk with Jesus in his mission. Persecution downgrades any selfish appeal for pseudo-saints’ advantage in brand association. Over time, this will help our neighbors see past the murky religious smog to directly witness the magnificence of their Savior.

Seasons of opposition tend to elevate new prophetic voices from the wilderness, ushering God’s people into a new day. Our day of hostility is likely to elevate biblically principled voices from the fringes to gain an essential hearing leading many into a missionally effective future. The dominant voices of the past who have perpetuated the spiritual status quo will have little compelling insight into the church’s future.

4. Opposition Moves People to the Margins

The power of God’s kingdom flows exclusively through yielded human weakness. It is constricted by the vanity of human might.

The compulsion of fallen humanity is to gather rather than scatter. As long as the gathering is warm and safe, there’s little motive to move out. But when God allows pain and persecution to afflict our sheltered gatherings, it forces his people to own their faith in the pockets of lostness in which they live, work, and play. It is this very proclivity to needlessly dabble in ecclesiastical minutia that requires an external opposition in order to prioritize Christ’s mission over selfish trivial pursuits. Again, both scripture and history are witnesses to the fact that when we fail to voluntarily practice Acts 1:8 (sending), God permits Acts 8:1 (scattering) to assist in our missional compliance.

Often the term discipleship is a veiled, spiritualized way of referring to the equipping of churchmen to keep the ecclesiastical machinery lubricated and in motion. We “disciple” people to care for kids, lead in music, facilitate small groups, and manage teams. But too often this “leadership development” is the sum extent of our efforts in forming faith-walking Jesus followers. We’re not actually helping people develop the disciplines and spiritual rhythms that will allow them to thrive outside of the sanctuary. Opposition compels Christian communities to develop robust discipleship patterns that prioritize kingdom-living in our scattering.

The luxury of majority thinking is the dark extravagance of a thinly sliced sectarianism. In our pietistic self-fascination, we often find more organizational passion in majoring on our sacred distinctions than we do in fulfilling our shared mission. Competition with contending brands replaces our rivalry against darkness. But opposition has an effective way of deflating spiritual hubris. When we awaken to our mission and to the actuality of our true competition, we find estranged kingdom allies living in close proximity. And in this kingdom realignment, we discover the spiritual punch that Jesus prayed for in his longing appeal for our oneness (John 17:21). The world finally will see that we are his.

7. Ultimately, Opposition Increases, not Diminishes, the number of Jesus’ Disciples

Movements emerge from the elimination of the extraneous and the disciplined execution of the fundamental. The unexpected blessing of opposition is that it brings clarity to both the nature of our mission and the reality of who is, and who is not, on the team. This decontaminating clarity is the very fuel that propels gospel movements.

It is difficult for me to envision a future movement in North America without the missional clarity that opposition brings. As we pray expectantly in the manner that Jesus taught us, that, ‘his kingdom comes,’ and ‘his will is done,’ – we might want to prepare for an answer that includes an uncomfortable recalibration of his church back to his mission.