Unless we are proximate, there is no opportunity to show grace.
Karen Swanson and Douglas Cupery 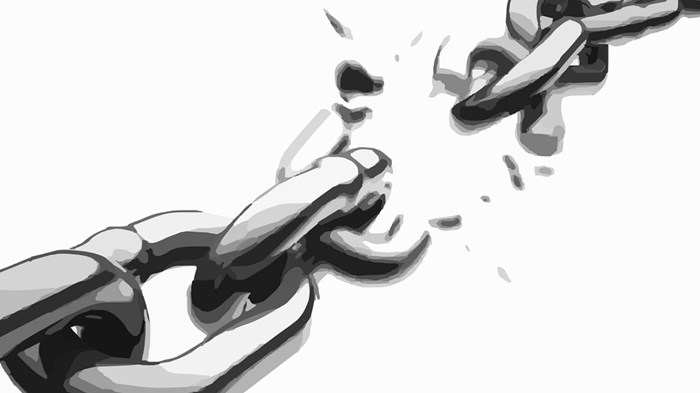 I recently was introduced to the term “PLU,” which stands for “people like us.” We all need a sense of community where we are with our PLUs, but not to the extent of isolation or exclusion.

If we do not become proximate with “people not like us,” then we miss out on understanding the life and perspective of others. We are unable to connect with them, risk becoming judgmental and prejudice, and risk supporting policies which harm others. We risk keeping grace invisible when we only engage with people like us. Entering the world of “others” is a way of making grace visible.

Have you ever done anything, and you felt that you had become a shame to yourself? You feel a sense of shame before your family and before society, and you felt that your integrity never would come back? That your life now was an endless process of meaninglessness and that everything had turned against you, and as you walked the streets you were ashamed to look at anybody, and you felt that everybody was looking at you with scorn? And you went to bed at night, and you tried to pray that you wouldn’t think about it or you wouldn’t dream about it, but even in the midnight hours you would wake up and discover that it was still plaguing you? And then, at that moment, you decided to try another method; you decided to turn this thing over to God and lay yourself bare before the Almighty God, and something happened to you, and you could walk out before life and before your family and before yourself and your friends with new meaning. Looked like life had taken on something new, and you wondered what happened. That was the grace of God. Something that you didn’t deserve, something that you didn’t merit, but something that you so desperately needed in order to live through the experiences of life.

I have seen grace made visible in prisons.

“What is your name, no…your first name!”

“Where are you from?”

The invisible but very apparent walls began to come down. Trust was built by showing acceptance and interest. Even with this progress, a sense of uncertainty could be felt to address the underlying “us versus them” in the air and to make it a “together we are here” celebration.

It is a scene that repeats itself. The incarcerated rarely experience a tangible sense of grace. Time behind bars makes them leery of connecting with people and less likely to reach out. Often, their pathway to incarceration was a result of dysfunctional families, choices, and behavior which are difficult to hear. Fatherlessness, trauma, poverty, and lack of opportunities are common themes. Stories of abuse and victimization are difficult to hear and imagine.

The experience of grace, mercy, and the concept of forgiveness are rare for the incarcerated. Instead, society has given themselves permission to judge and scorn this population.

In Matthew 25, Jesus tells a parable about the nations gathering before Him. He separates the people as one would the sheep and from the goats. He spoke of the need to visit him when he was sick or in prison (v. 36) and tells us how he would answer questions of the righteous very clearly by saying, “The King will reply, ‘Truly I tell you, whatever you did for one of the least of these brothers and sisters of mine, you did for me’” (v. 40).

The least of these.

Looking a bit disheveled, a mother of three children, each with a different father with one of them in jail, occasionally shows up for church services. The kids seldom seem to be under her control as they run up and down the halls. She yells loudly at them in her attempt to get them to behave, but they do not listen. She has asked the church for some financial help in the past but there was never any follow-up.

Today, as she stands among the people preparing to come into worship, no one talks to her. No one knows her story of growing up without a father, in deep poverty resulting in ongoing choices that bring further difficulty. No one knows that she has come into the church desperately searching for someone to help.

A woman from the church gives her a warm and friendly greeting, helps her find the classrooms for her children, and invites her to sit with her during church.

When we do not show grace to others, we are affirming that they are “less than.” Often, fear of uncertainty holds us back. Yet fear is selfish, whereas grace is selfless. Unless we are proximate, there is no opportunity to show grace.

Jesus modeled giving grace to people who are marginalized. The common story of Jesus talking with the Samaritan woman at the well demonstrates his desire to reach out to those often scorned by society and the church.

But the story does not end with the conversation at the well; instead, Jesus stayed on in the community for two days. The Bible does not describe his time, but it is easy to imagine Jesus sleeping in their homes, playing with their children, sharing meals, and speaking truth. Because of the woman’s testimony and the words of Jesus many became believers.

The Bible is clear that we are to expand our relationships beyond our PLUs. For many, the thought of being in proximity with the incarcerated or formerly incarcerated brings fears and uncomfortable feelings. We may think that interacting with the marginalized is not our calling or our business.

We don’t feel equipped and quickly forget the problem. Or we may focus on the verse, “You reap what you sow.”

To expand your relationships outside your PLUs, you must go where others are, like Jesus went to the well. For example, if going inside a youth facility, jail, or prison brings anxiety, start with corresponding with the incarcerated through a ministry, or volunteer with a reentry facility, youth center, or safe house for trafficked women.

Engaging with the marginalized will deepen your own spiritual journey as you become more aware of your own brokenness and need of God’s grace. 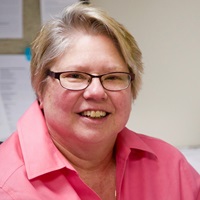 Karen Swanson is Director of the Institute for Prison Ministries at the Billy Graham Center at Wheaton College. 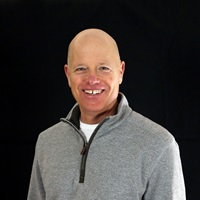 Douglas Cupery joined Crossroads in 2017 after working for several years at Ridge Point Community Church as the local missions pastor and leader of the church’s jail ministry. He also spent several years at 70 x 7 Life Recovery, working with former prisoners returning to their communities. As church mobilization director, Doug has a passion for engaging and equipping the church to care for prisoners around the world.