International students are the key to global mission.
Alexander Best 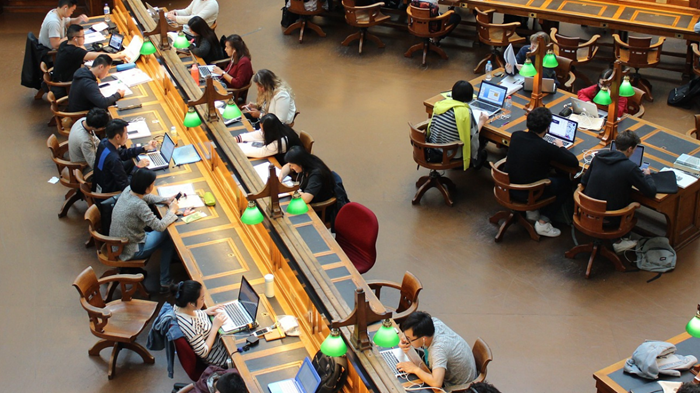 International students are the key to global mission. Let me give you ten reasons why.

The growth in the number of international students is explosive: it has tripled since 1990; it will double in the next decade.

In 2018, there were five million international students. In 2025, there are expected to be at least seven million. With a global population of seven billion, maybe that does not sound like a lot. But it is. It is one in every thousand people on the earth.

In 1982, Dr. Charles Malik famously said, “Change the university, and you can change the world.” In 2019, on the global campus, it is literally true. The five million international students studying around the world today will be leaders in their countries, tomorrow. We have a short window of opportunity to make a global impact.

It is estimated that two-thirds of international students in the U.S.come from the 10/40 Window. In Canada, it is nearly three quarters.The Joshua Project estimates, 60 percent of these are “least reached” by the gospel.If you want to reach the unreached,find a global campus near you.The 10/40 Window is open, right now, right here.

God has provided the opportunity for young people from across the world to study in our midst. What is critical—to their future and ours—is what they encounter when they get here.

On the global campus they meet faces and voices, ideas and practices, not just of their hosts, but of their fellow internationals. How often does a Saudi sit next to a Jew, a Korean with a Japanese, an Indian with a Pakistani?

The global campus is not an American melting pot, nor a Canadian mosaic; instead, it is a global kaleidoscope, in dizzying technicolour.

The challenge and opportunity for Christian ministry is not just bridging language or religious experience, or reaching the unreachable. It is drawing this diverse cohort of young people into an encounter with God.

He has invited students here“from every nation, from all tribes and peoples and languages” to stand together “before the throne and before the Lamb, clothed in white robes, with palm branches in their hands, and crying out with a loud voice, 'Salvation belongs to our God who sits on the throne, and to the Lamb!’” (Rev.7:9–10).

The global campus holds the promise of Pentecost, but also the danger of Babel.

On the global campus, International students—like their domestic peers—are marinated in a global youth culture: selfie-liked identity, app-abbreviated relationships, 15-minute YouTube heroes, tweet-size thoughts. On the global campus, trends are transferred and new ones are started. The future is being shaped here and disseminated around the world by pixel, and by hand.

A tower is built in our midst. Each continent is sending its future engineers (mechanical and social) to learn how to build their nation’s tallest totems, each in an industrial arms race

The worldview that permeates the global campus is a kumbaya of undocumented human goodness and a trust in human ingenuity, with little memory of our histories. On the global campus, young hearts and minds are being shaped, and not in the Image of God.

In cities like Toronto, the diaspora church is essential to reach international students. They know the language and culture. They have living communities of faith in mother tongues.

An initiative like Toronto’s Welcome Project brings together Christians of many ethnic backgrounds, their churches, campus ministries, and mission agencies to greet the 100,000 students arriving at Canada’s busiest airport. In cities across North America, similar work is happening. More is needed.

When global students return home, how will they fair? What will Hillsong sound like in Mumbai? Will their memory verses translate into Mandarin? Will their faith survive surveillance? Will motherland Christians accept or distrust them?

The diaspora church in the West is critical to international student ministry. But that is not enough. A partnership must be built across the global church.

Churches in the sending countries must send some of their young Christians here as imbedded student missionaries. We need to support them, and help them reach their peers. Our model of ministry must change. When Jesus said “Pray to the Lord of the Harvest for more workers,”where did they come from? From the harvest. Just like Paul did.

We are not called to make converts. But we must not just make eternal students. Luke 6:40 says, “A disciple is not above his teacher, but everyone when he is fully trained will be like his teacher.”

Christian International students are like the early missionaries to their own countries. They can reach more than just each other; they can reach North American students, who have been immunized from the gospel in their own culture and dialect. In North America, the gospel from the lips of Caucasians is an often an offense, and dismissible. But the story told in a foreign accent is a story heard afresh.

And the diversity of international students, can be a chorus, a witness that defies postmodern segregation. It is a diverse harmony that sounds a divine note (Rev. 5 and 7). We need the global church not just to help us reach their unreached, but to help reach ours.

China has one and a half million students overseas; but it has half a million foreigners studying in China (as many as in Canada). The top two nationalities of foreign students in China are South Korean and American. Imagine Korean and American international student ministry organizations helping prepare overseas students to be embedded missionaries in China. As international student ministry becomes internationalized, there is need for multilateral global collaboration.

On the global campus, the primary focus is work. Students are to succeed when they graduate, so they often left home and crossed the world. The rich history of Christian influence — on everything from architecture to law, science to industry, medicine to social care, justice to politics — has been marginalized in the West.

Universities have lost their intellectual rigor and critical thinking, and succumbed to “group think” and unexamined assumptions, precisely because Christianity has been driven,

and sometimes retreated, from the fray. If Paul were in Athens today, he would be on its global campus.

We need to teach global students about the power and virtue of the gospel to shape all aspects of their work and the societies their work will build.

In The Book that Made Your World, Indian academic Dr. Vishal Mangalwadi describes how the Bible transformed Indian society, just as it had transformed British society.

Sometimes those from the Majority World can understand, apply, and convey the gospel more clearly, not just for their countries, but for ours as well.

The church has not been immune to building its own towers. The city of man is built from the ground up. But the city of God comes down from him [Rev. 21:10].

On the human journey, from Babel to New Jerusalem, Pentecost is the inflection point. The Spirit of God came down and reversed the curse of Babel; and proclaimed a King—not a global kingdom with walls—to unite us.

God is re-gathering the nations, drawing their brightest hopes for the future, to a global campus near you. He wants to reveal himself to the next generation of every nation.

Johnson Hsu, Chinese Pastor and Toronto Director of ISM Canada says, “We have spent decades praying for the unreached. God has answered our prayers. He is bringing them to us. How will we and our churches respond?”

The future is coming. They have bought their own tickets. Will we be there to meet them?

Alexander Best is a graduate of University of Toronto School of Theology, Director of ServeToronto, and Publisher of ThisCity.He was formerly Canadian Director of the Lausanne Movement, Toronto Director of International Student Ministries Canada, and Chairman of the Global Campus Conference Steering Committee.

Join the conversation on Facebook
Tags:
None
Posted:
July 27, 2019