“The spreading...of the gospel comes through the voices, hands, and feet of Thai people."
Ed Stetzer 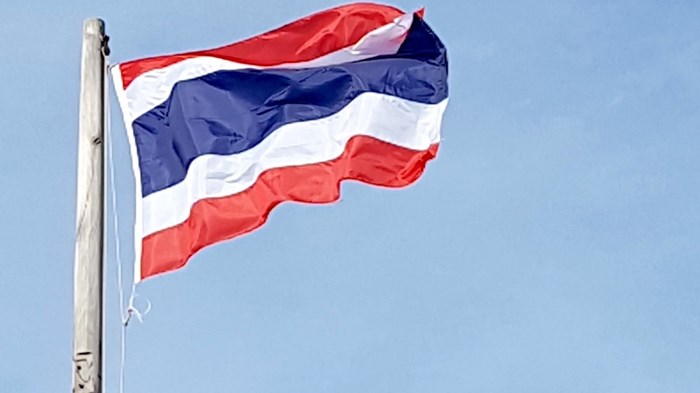 Image: Pixabay/Spaway
Several months ago, Christianity Today ran an article on some fascinating tools and work coming out of Thailand in regards to tracking current church planting growth in that nation. According to the article, “American missionary-kid-turned-IT-guru [Dwight Martin] oversees the most comprehensive national church database in the world, with corresponding maps indicating exactly which corners of the colorful Southeast Asian country are most desperate for the gospel.”

He and Bob Craft, Reach A Village founder, partnered to see this tool come to life. Reach A Village is a U.S.-based ministry that supports Martin’s mapping work in Thailand and neighboring countries.Below I talk with Bob about their work and what they’ve seen God do.

Ed: In the CT article, the author talks about the difference between being led by the Spirit or led by the stats. In your observations, have there been any downsides to this data? Anything you would change?

Bob: It is not really a contrast, as someone might think. Jesus encouraged us to "lift up our eyes and look at the fields." Our decisions and strategies should be informed by what we see. Scripture says in Matthew 9 that when Jesus saw the crowds, he was moved with compassion. He always had compassion, of course, but the sheer number of people and their condition "moved" Him to call His disciples into action and send them into the great need with instructions seen in Matthew 10.

We have seen the same response to the data. When people see the vast areas of their own country that are untouched by the gospel, they are moved to do something about it. Dwight's intentions for building the database had the exact same impact. People are moved by the data they see from the database. It inspires vision, informs their direction, and works in tandem with the Holy Spirit to meet the need.

Ed: In the article there is an analogy to shepherds counting their sheep. Your database puts a personal face to all the numbers we read about every day. Why do we need to care more about the faces than the numbers?

Bob: That's one way to look at it; every number does represent a person. Unreached places represent thousands of unreached faces. Villages average about 1,000 – 2,000 people. Every village becomes a place where the gospel is proclaimed, the Bible is studied, people are baptized, and congregations of worshipers are started. This method becomes an opportunity for the entire village to know Jesus.

As the CT article points out, Jesus encouraged his disciples to count sheep, count crowds, and organize ministry efforts by number (feeding of the 5,000) as well as remember names, events, and locations. Databases help us do that in today's world using today's technology.

As the CT article also mentions, databases have helped almost every Christian ministry, from Bible translation and printing to mapping churches and unchurched locations. We use the Harvest Database as well as smaller data apps that help gather information useful to the workers in the villages as well as for those of us who are serious about fulfilling the Great Commission. Do we really care about people if we don't count them and remember their names? Keep in mind that in countries like Thailand that we do not leave the 99 to find the 1 lost sheep. We leave the 1 found sheep in the fold to rush back and try to rescue the 99. Thailand and other countries have vast populations in geographic areas or ethnic enclaves that have less than 1% believers among them.

Ed: The rate of church planting in Thailand right now is quite staggering. To what would you attribute that, and what can believers in other countries learn from our Thai friends?

Bob: Our findings are very informative. Ultimately, it is a movement of God. The miracles that happen and the lives transformed are a living witness to the work of Jesus through his Holy Spirit. He quickly answers the prayers of former idol worshipers who have begun their journey with Jesus. He shows himself real and true. There are some factors that we feel contribute to the response to the gospel in Thailand in this movement.

First, the presentation of the gospel is simple and biblical and centered on Jesus himself as the only true God. The concept of being released from "karma" through Jesus is more contextual to the Thai and is quickly embraced by people as an answer to a problem they believe they have. The Thai concept of “sin” is more tied to their Buddhist laws and world view therefore defining, ”sin”, needs careful consideration during the process of discipleship and cannot be approached from a Western perspective or world view. While the word "sin" is also used to describe the lost condition of Thai people as they hear the Word of God, it is not as prevalent or necessary as in a "western" gospel presentation.

Second, other types of "Christianese" phrases and words are also avoided among those who have never heard the gospel. The movement uses simple illustrations from normal Thai life, experience, and world view with new believers. Transliterated Christian terms are avoided as well as other common Western Christian words like, “testimony” which is confusing to the new believer from a Buddhist background.

The heavy Western emphasis on the European history of Christianity and the diverse and divisive theologies that emerged in Europe have little relevance to the Asian context of people and people groups. Introducing western history and theology can actually inhibit the spread of the gospel in Asian contexts. Biblical truth and related biblical history are the more important parts of a biblical curriculum for new Thai believers. While our western Christian history may have influenced our western participation in trying to spread the gospel and even influenced our particular presentation of the gospel, the spread and transforming power of the gospel in this movement comes through the voices, hands, and feet of Thai people.

Third, calling on the name of Jesus in prayer and trusting in him to hear and answer them is immediately encouraged.

Fourth, new believers spend a lot of time hearing life stories of transformation and peace from other new believers who are only a few days or weeks older than they are in the Lord. These new believers become part of the teams that reach new households and villages. They are encouraged to tell and retell their own story and use a simple illustrated resource provided for them to present the gospel.

Finally, the Gospel of John is used as the first gospel portion for study for new believers because of the simplicity of the presentation of the person of Jesus in his own words, the great I AM statements, and his transforming encounters with individuals. Baptism of believers is found early in John's Gospel and is encouraged early as an act of following Jesus. In fact, there are nearly 2,000 more people ready for baptism since the last mass baptism in January.

Ed: The gospel is most commonly spread from one individual to another—a long and faithful walk in the same direction. What have you learned about our call to evangelism and discipleship from your time in Thailand?

Bob: My observations from this movement confirm that the gospel spreads most rapidly through people in personal relationship and proximity. The Thai people who are becoming believers and joining in the work of evangelism and discipleship are of similar worldview, context, culture, and language. There is also the fact that the Thai commonly call Christianity the satsana farang or "Foreign Religion." This means that the Thai misconceptions about Jesus are most often reinforced when foreign missionaries are the ones presenting the gospel.

The gospel presentation needs to be simple and biblical. Any foreign sound, feel and look of the gospel could become a natural and cultural hindrance to a true understanding of Jesus and His redemptive purpose to a Thai person. Thailand is one of those cases that should be viewed in this light when considering foreign missionary involvement. Missionaries should seek ways to quickly release the spread of the gospel to Thai people themselves and remain in the background, allowing the Thai believers, guided by the Word and the Holy Spirit to determine the approach and content of the gospel message to the Thai people who have never heard. In fact, there are even former Buddhist monks who now follow Jesus and are involved in leading people to Christ and leading discipleship Bible studies. Some of the best “evangelists” in this Thai movement have minimal formal education and no formal theological training.

Here are some probing questions for all of us: ” How many of us came to Christ because a foreigner came to our door and made a religious presentation?” “How many of us came to Christ through a complete stranger?” “How many of us came to Christ through a digital device or media broadcast?” The most effective and efficient way that God uses to reach people for Christ and disciples them is through people with whom they can identify. What we have learned from this movement confirms the biblical patterns that Jesus revealed in the gospels: God uses normal human relationships and interactions as the greatest platform for evangelism and discipleship. The overwhelming majority of people in any country around the world come to Christ through friends, family or “neighbors”. And those same friends, family or “neighbors” help guide them into God’s word for a life built on the transforming power of Jesus through His Holy Spirit. God uses ordinary people in extraordinary ways.