“The church needs to re-introduce itself as a place, as a possibility, and as a neighborhood impact, as opposed to a place people ‘attend’ or ‘go’.”
Ed Stetzer 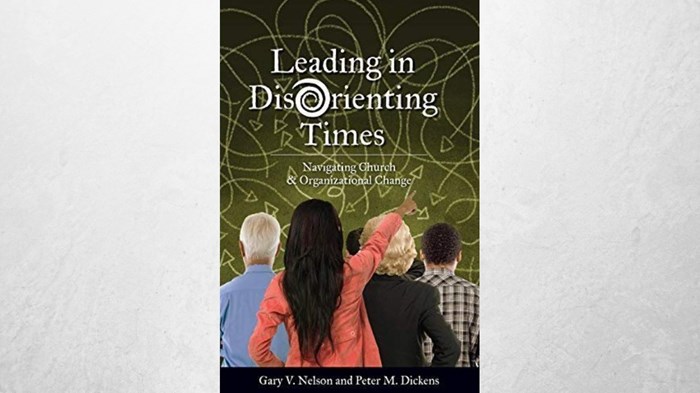 Image: TCP Books/Canva
Recently, I invited Gary Nelson, President and CEO of Tyndale University College and Seminary in Toronto, to talk about leadership in the church and about his book, Leading in Disorienting Times: Navigating Church and Organizational Change. Gary is part of our Wheaton College Every Nation Graduate Cohort.

Ed: One of the things you talk about in your book is the decline of Christendom in Canada. This has led to a clear sorting out—those who are in (Convictional Christians) and those who are out (Nominal). How does that shift impact the way Canadian church leaders lead their churches?

Gary: For starters, church leaders can no longer assume people know anything about biblical Christianity. One of the lines that I use a lot is that Canadians have less and less Christian memory.

This doesn’t mean they aren’t spiritual. They are certainly searching. But in their search, they don’t necessarily think about biblical spirituality nor about the church as the place where one would go to explore that kind of reality.

Second, particularly for Canadians, church leaders must understand that we are a mosaic and not a melting pot. In other words, Canada has a stronger emphasis on being multicultural. As such, there has to be a sensitivity to navigating diverse cultures.

For instance, I was shaped by a Western-framed theology. But in the cultural milieu of Canada, that framework—and the common stories therein—no longer are the gathering stories. What might be “Remembrance Day” for us (“Veterans Day” for the States) may be something totally different to a Malaysian, Chinese, or Zimbabwean. Thus, church leaders must be more aware of the stories around them and look for ways to bridge a connection.

Ed: How is it different to lead when you’ve got so many ethnicities and worldviews in one place?

Gary: Once again, assume nothing. Don’t assume people understand what you mean when you use a certain phrase. There’s more dialogue that needs to take place in seeking clear communication and understanding.

Second, embrace a posture of humility. We must realize that we all look through a certain filter. A Bolivian woman whose part of the Quechua tribe is going to read Scripture very differently than I would. Understanding this complexity to the “thickness” of Scripture allows me to enter into a conversation with humility rather than with pride.

Ed: In the book, you talk about the idea of a de-centered church. What does this mean?

Gary: Our churches generally have less and less influence on culture. And this influence will continue to be lessened as the culture increases in their memory loss and familiarity with Christianity.

So, for us in Canada, this means the church needs to re-introduce itself as a place, as a possibility, and as a neighborhood impact, as opposed to a place people “attend” or “go” to church.

Today, roughly about 7 percent of Canadians go to church. This means we must lead the church out into the community in a new way, and introduce ourselves as people, as a real possibility. That’s what I mean by a de-centered church. We’ve got to get out instead of waiting for people to come in.

Ed: I found a hopeful edge to your book. Why are you hopeful?

In other words, you get to reimagine how the story of Jesus Christ could be communicated as the good news to the city or community in which you are part. That’s why I’m hopeful.