When Christians opt for political power, the gospel mission is undermined.
Jeff Christopherson 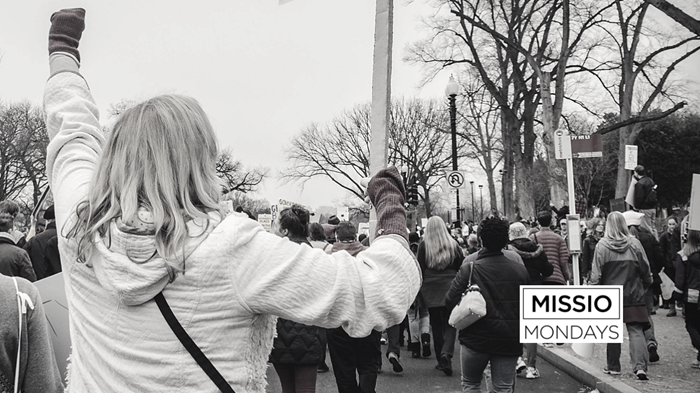 If the social media experiment was intended to connect and enlighten the world, it appears to have failed, and failed spectacularly. Our social connectivity has actually produced a more disconnected, isolated and polarized society. We have become more entrenched, angrier, and observably much, much dumber. Political, cultural, and—yes—theological echo chambers have only served to exhaust any semblance of critical thinking and extinguish any light for truth. Now we have two-dimensional caricature memes encrypted with sanctioned code words that are regurgitated and reprocessed as digital graffiti and online gang colors designed only to flaunt our tribal affiliation and embolden our venomous nests.

When it comes to mission, we know our sides, but we seem to understand little else.

Square in the middle of this social morass, a hefty subset of evangelicals have staked their sacred ground. The seamless convergence of cultural politics and religious identity has provided the climate for darkness to flourish with full permission from the very people who are commissioned to bring Jesus’ light. But sadly, this isn’t a new thing. This marriage of an exterior religion shrouding an interior darkness has often been recorded throughout church history in the most shameful seasons of our past. Another chapter appears to be in order.

The trajectory of the religiously unaffiliated continues to climb at unprecedented rates, while the great evangelical prize—political significance—will continue to erode.[1] Our preferred weapon of cultural engagement, politics, will, as Jesus taught, be turned and used against us in full measure.[2] The mission field has been torched by our own hand, and the utility of evangelical voting bloc will no longer be desired.

It’s a lose-lose scenario by any measure.

So, how do we clean up the toxic swamp that is today’s evangelical reputation? In light of all the public vitriol, how should we, as evangelicals, understand our own mission field?

Here are four thoughts to consider:

The very essence of the gospel is a transference from brokenness and darkness to a heavenly kingdom. This spiritual, physical, relational and ethical miracle is God’s handiwork inside a submitted life. It is always an inside job with external implications. The very act of submission changes ‘belief’ from a theoretical noun of intellectual ascent to an active verb of obedience. So, the gospel requires a fundamental shift from ‘owning’ beliefs to ‘living’ beliefs. It is in the obedient living of our faith that spiritual power is issued.[3]

Bruce Ashford observed that, “Whatever your religion is will necessarily affect your public life. It will shape the way you do whatever political engagement you do, and if it doesn’t, then it’s not really your religion. So, for me it’s not a question of whether we should or not, it’s just the fact that it does. We should recognize that, and seek consciously for it to be Christ that shapes our engagement, rather than some false God.”[4] A robust theology rooted in the Lordship of Christ over all things compels believers to direct all of their activities toward Christ-honoring worship, including those in the political realm.

The public flip-flop of evangelicals on the importance of personal character within public office has created a tsunami of an integrity crisis within larger evangelicalism. The collective perception that public figures are held to account by evangelicals, or given a free pass, adjudicated solely on the color of the candidate’s brand is difficult to dance around. The moral inconsistency of our positions only leads a watching world to conclude that our religious convictions—the essence of our faith—is up for sale. It’s a venal dogma.[5]

Rather than clear alignment between evangelicals and any political party, Tim Keller suggested that believers should have some commonalities with both political parties but should be uncomfortable aligning themselves completely with either.[6] A blind capitulation to a political party as a play for power always leads to spiritual compromise. The Christian revolution started not with a grasping powerplay, but with an open-handed emptying of power.[7] Scarred palms are the symbols of an uncompromising kingdom insurrection. Perhaps it’s our way forward.

Mixed up in the convoluted concoction of politics and religion is a reemergence of a very unchristian patriotism. Caleb Cohen reminded us that, “It does not take an unpatriotic American to recognize that our society has long nursed a heresy of American exceptionalism, equating our national values and interests with those of Christianity itself.”[8] This breed of patriotism is always an affront to our primary allegiance – one that calls us to seek God’s Kingdom first.[9] In fact, when any physical identity eclipses the ethical solidarity of our heavenly citizenship, that identity itself becomes an idolatry.

John Piper also didn’t mince words when he stated, “I’m one hundred times more passionate about creating Christians and churches that will be faithful, biblical, countercultural, and spiritually minded in a socialist America, in a Muslim America, in a communist America, than I am in preventing a Muslim America or a communist America. That puts me in a very different ballpark than many public voices.”[10] He continues, “My main calling is not to help America be anything, but to help the church be the church.”

Perhaps the most patriotic gift any Christ-follower could give his or her nation, is a life that emulates its Master. The ethical and cultural ramifications of such a life always carries a life-giving transformational effect.[11]

As Jesus sought out a metaphor to explain to humanity the countercultural nature of his kingdom, he chose unlikely yeast.[12] A humble and invisible ingredient that changes everything that it encounters. And it was this yeast-like movement of the multiplication of Jesus’ disciples that led to the Roman Empire bending its will to a revolution of Truth. But soon, Christianity became Christendom as it grasped for earthly power, and the transformational influence of yeast was no more.

So, how do we redeem the scorched earth that the evangelical partisans have inflicted on the mission field?

Jesus’ kingdom, the source of restoration, seems to require the humility and invisibility of yeast.

[1]With a full one third of Democratic leaning voters as self-described religiously “nones,” it is a constituency that is sharply increasing over time while the growth of evangelicals unfortunately remains stagnant. https://www.pewforum.org/religious-landscape-study/party-affiliation/

[2]Matthew 26:52-53 “Then Jesus said to him, “Put your sword back into its place. For all who take the sword will perish by the sword. Do you think that I cannot appeal to my Father, and he will at once send me more than twelve legions of angels?”

[5]Venal Dogmatais actually the title of an upcoming book I’ve written which is coming soon through https://exponential.org “Venal” means open to bribery – convictions for sale. “Dogmata” is the plural form of dogma, the overarching system of beliefs. Together it describes a Christianity that is for sale.

[8]Caleb Cohen is an IMB missionary in South Asia writing about the negative global impact being exported from the new evangelicalism within North America. https://www.imb.org/2018/04/04/american-heresies-impact-missions-home-abroad