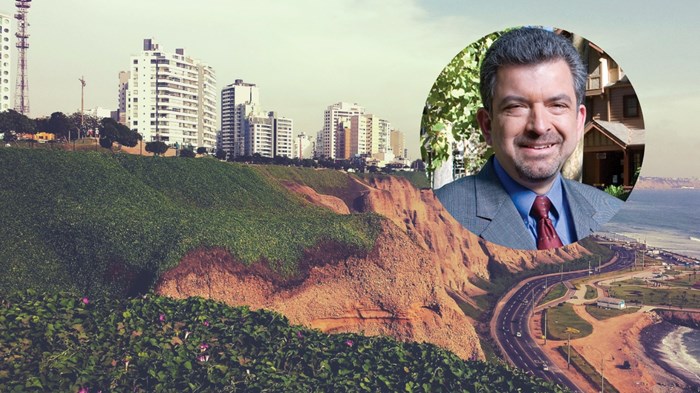 Image: Juan Martinez/Pixabay/ygrrr
On April 23 and 24, the Billy Graham Center Institute, in partnership with the School of Mission, Ministry, and Leadership at Wheaton College, will be hosting the inaugural Wheaton Mission & Ministry Conference. Our launching theme is Emerging Adults: Formation for Mission. We will feature top researchers, scholars, and practitioners across a variety of disciplines speaking into this issue. You can learn more and register here. Below, I talk with one of our presenters: Dr. Juan Martinez, Professor of Hispanic Studies and Pastoral Leadership at Fuller Theological Seminary.

Juan: There are several good studies about the religious perspectives of millennials in the U.S. I would point to them as good places to answer these questions in a general way.

What I would like to do is answer these questions specifically related to Latino young people in the U.S. This group represents 21 percent of all U.S. millennials. In many ways, they are like other U.S. millennials, but they also present some important differences compared to the larger millennial population. These differences are crucial to the presentation I will be making on Migration and Mission - Latino Youth as Agents of God’s Work in the World.

Because many Latino emerging adults live in working class homes, they often have to take on adult responsibilities earlier than other young adults their age. Because they are Latinos, they have also faced the anti-immigrant backlash, even though most are U.S.-born. Many of the immigrant Latino young adults are Dreamers (young people brought to the U.S. by their parents as undocumented children, but who have lived most of their lives in the U.S.) and face an uncertain future in the U.S.

Yet these emerging adults also have a more positive view of the American Dream and of the possibilities before them. They are more religious than the average “Anglo” young adult, though they are also more likely to be “nones” than other Latinos.

Those who are believers are ready to practice their faith and respond to the needs of their communities, though they are quite willing to ask hard questions about their faith, particularly when they see people who identity as evangelicals using anti-immigrant and often racist rhetoric.

But more specifically, I am interested in those Latino emerging adults who live transnational lives and who have learned to navigate more than one cultural and linguistic context. Young Latino transnational believers in Christ have the relational life skills necessary to be transcultural missionaries and intercultural leaders.

Ed: Just last year you published The Story of Latino Protestants in the United States, an in-depth survey of Latino Protestantism in America. Talk a little about your research. How are Latino emerging adults changing the shape of the Latino church and the broader American church in general?

Juan: In my most recent book on Latino Protestants in the US, I focus on the history and development of Latino Protestant churches. The first congregation was established in New Mexico in 1850 only two years after the U.S. takeover of the Southwest from Mexico. Throughout the years, Latino Protestantism has grown from three sources, immigration, conversions, and biological growth.

This growth has impacted the denominations of which they are a part. Though not the focus of my study, it is important to note that the Roman Catholic Church in the U.S. is about 40 percent Latino, and most of its most faithful participants are Latino. Even though many Anglos have left the Catholic Church, its total size remains stable due to Latino Catholics.

But these churches have always struggled with keeping the next generation in their churches. Due to acculturation and language issues, many Latino young people end up leaving Latino churches and joining majority culture churches of their same denomination or movement—or leave churches altogether.

This means that the denominations that are growing, or at least not losing members, are those where Latinos are either in Latino churches or in intercultural churches with a large Latino presence.

The book Pathways of Hope and Faith Among Hispanic Teens presented a major study of Latino young people that go to church. They identified four major tendencies among Latino youth and the need to recognize that each “type” needs a different type of ministry focus, if churches are going to succeed in helping Latino youth grow in faith and become mature Christians.

Those four types reflect how they fit or do not fit in U.S. society; mainstream movers, identity seekers, immigrant workers and gang members.

Within this reality, Latino emerging adults are changing the face of churches and of U.S. society. Many of them are transnational, in that they have very real links both to the U.S. and to countries in Latin America or Latino USA. They are bicultural in that they learn to navigate more than one cultural space.

They are polycentric because they can easily switch back and forth between cultural “centers.” And many are bilingual. And most of them have friends from many others cultures. They have Latino roots, but are ready to fly far beyond that identity, even as they wear it proudly.

They are a gift to the church in the U.S., even though some churches may find it difficult to minister to them.

Ed: What practical steps do you think churches, pastors, and ministry leaders can take in their communities or organizations to respond?

Juan: In their study of Latino emerging adults, funded through Fuller Seminary’s Fuller Youth Institute, Jennifer Guerra and Marcos Canales focus on three issues that they see as crucial to serving this population. Churches need to offer bilingual worship and programs—an environment where a transnational identity is supported and celebrated, and opportunities for what they call “evangelizing justice.”

Leaders need to take the time to understand the specific issues faced by Latino youth, taking into account the different needs that each “type” has. This will be particularly important for Dreamers. The vast majority of evangelical leaders recognize the need to find a way to legalize this group of emerging adults.

Most of them have much to contribute to U.S. society and to the churches in particular. But without a clear legal status and pathway, they can never become contributing citizens of this country and supporters of our churches.

But most of all, leaders need to recognize that these emerging adults are a particular gift to the churches in the U.S. They bring gifts that U.S. churches desperately need to be faithful to God’s call to mission. Latino emerging adults need to be treated like the gift that they are and not fundamentally as problems to be resolved or “fixed.”

Ed: How is your presentation at the Mission and Ministry Conference going to address this? What is your hope for the Conference more broadly?

Juan: My presentation is going to focus on a few crucial issues. On the one hand, we will focus on the increasingly multicultural, intercultural, transnational reality of our globalized world and country. The task of being Christ’s witnesses to the ends of the earth has to start next door. Churches that want to be faithful to God’s mission will establish communities of faith that reflect the diversity that is our world and our neighborhoods.

The type of leader that will be needed for this task needs the skills that transnational and transcultural missionaries always needed; the ability to learn a new language, to cross cultural and social boundaries and to be able to share the faith in a multi-religious world.

Many Latino emerging adults already have many of those skills because they needed to learn them to live and thrive as a minority people in the U.S. while maintaining links to their countries of origin. That is why Latino youth can be agents of God’s work in the world. Our tasks as Christian leaders is to identify, celebrate and help develop those skills so that these young people can effectively serve God’s Kingdom and our churches in our increasingly diverse country.

One-on-One with Juan Martinez on the Faith of ...