Why the Lordship of Christ is the Great Commission.
Sam Kim 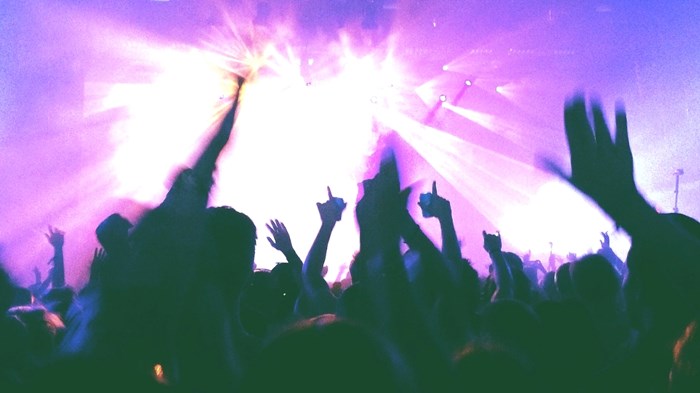 It then pairs up their “swag attire” with a price tag. One pastor can be seen wearing $6,000 Yeezys and $2,500 Hypebeast grail sneakers.

Kate Bowler, a professor of the history of Christianity at Duke, writes about something similar in her New York Times op-ed about the prosperity gospel in America. Her story made me laugh out loud at first because of the irony, but saddened me a moment later because of the tragedy.

She writes, “No word of a lie: I once saw a megachurch pastor almost choke to death on his own fog machine.” The fact that Kate had to inform us she wasn’t exaggerating suggests that even she had a hard time believing what she was seeing. I guess it is a little difficult to believe that something so far-fetched could happen in a church. Or is it?

In the acclaimed novel The Sun Also Rises by Ernest Hemingway, the character Bill asks another, “How did you go bankrupt?” Mike answers, “Two ways. Gradually, then suddenly.”

How does a pastor end up wearing shoes that exceed the annual amount an average American contributes to their retirement? “Two ways. Gradually, then suddenly.” This is the consummation of the unholy marriage between American consumerism and the church in America.

Christian apologist Os Guinness says that when we look at evangelicalism today, it is the world and the spirit of the age that are dominant, not the Word and Spirit. The church in the U.S. is strong numerically, but weak because it is worldly. The church in America is in the world and of the world; and as a result, it is in profound cultural captivity.

I saw this cultural captivity with blazing perspicacity few years ago when I read a Lausanne report of underground Chinese church leaders asking why mega-churches and ‘missional’ churches in the West were not sending any missionaries and what could be learned from such shallow faith.

These questions haunted me. It was as if they were asking me directly and I had to repent in tears. The goal was always to make disciples; this is what Jesus commissioned in a time before Constantine in Rome and the Church Growth Movement, a time before the church’s ontological identity subtly shifted from being a place from which you were sent out to a place you sat down!

All I could think about was the megachurch pastor who almost died from choking on his fog machine or how trying to get my 20-somethings in my church to tithe often feels like I’m fighting Red Skull, Hela, and Thanos, and sometimes all three, especially when I bring up “monogamy” as an actual value!

The churches have in many ways become episodic; we put on a good show and excel at drawing interest, but we lack life change and transformation. We’ve got cooler and more dapper, but not any deeper. We have pastors with Yeezys, smoke machines, and TV shows, but far less power.

We should recall that the 120 in the Upper Room in Jerusalem brought an entire empire to its knees, and I highly doubt it was shoes. Perhaps the excess and superfluity of our present-day leaders’ clothing is a subconscious compensation for not being clothed with power from on high? If so, what can we do?

First, we must recalibrate our missiological aim.

The tragic story of the infamous rich young ruler found in the tenth chapter of Mark’s Gospel is a prophetic reminder to a church in profound cultural captivity. The narrative teaches us that the ultimate test of our discipleship is not sacrifice, but obedience. The former addresses the degree of our own sovereignty, while the latter addresses God’s claim on us.

The narrative in the gospel makes it clear that the young rich ruler wasn’t some kind of pagan investment banker using Tinder at the weekends. He was committed to his faith and was serious about inheriting eternal life. He had valued God’s law since he was a boy.

We only begin to see the fatal cracks in his discipleship when Jesus challenges the hold his wealth actually has on him. Perhaps it even surprised him when couldn’t lay down his mobility and follow Jesus.

It isn’t that he didn’t value the things of God; he just valued his possessions more. The only difference between G-O-D and G-O-O-D is one letter, but it distinguishes idolatry from worship and our sovereignty from his.

Keith Green, a thunderous prophetic voice in the late 1970s, captures this call to obedience powerfully in his song: “To obey is better than sacrifice”:

To obey is better than sacrifice
I don't need your money
I want your life.

To obey is better than sacrifice
I want more than Sunday and Wednesday nights
Cause if you can't come to Me every day
Then don't bother coming at all.

Perhaps we aren’t sending many missionaries because, either explicitly or implicitly, our aim isn’t very high in the first place. If we truly desire to win the world to Christ, we must first raise the bar.

Mission is not cultural engagement. If Jesus becomes just another option because it works for the moment, then we’re only contributing to this profound cultural captivity.

A few years ago I would have honestly jumped for joy if a 20-something investment banker or physician would have just tithed. I would have hailed their commitment to Christ and been pleased with myself for reaching the cultural elites within the city.

However, I’m deeply grateful to the underground Chinese leaders for helping me see the absurdity I had subtly come to embrace and moving me toward a radical reorientation towards the gospel.

Dutch Statesman Abraham Kuiper notes, “There is not a square inch in the whole domain of our human existence over which Christ, who is Sovereign over all, does not cry: ‘Mine!’”

If we only know a God who is compliant to our every whim, he cannot be the God who carried a cross to die on Calvary. He is instead an abstraction made by a church in profound captivity. The prerequisite to following Christ is a certain death. Death is the only antidote for the spirit of the age; the old rugged cross and the power from on high are inseparable.

The Lordship of Christ is the Great Commission.

The sin of omission overtakes the Great Commission if the sovereignty of the individual is not fully surrendered to the sovereignty of Christ. Jesus said to make disciples, not crowds. The current crisis in the Church is that we have great crowds, but few disciples.

Rev. Dr. Sam D. Kim is Co-Founder of 180 Church NYC, a community joining God to restore the beauty in all things. He is Postdoctoral Fellow-Scholar at Harvard Medical School Center for Bioethics. He is a recipient of the Lifelong Learning Fellowship at Yale Divinity School and Yale School of Medicine, which aims to to close the gap between faith and science, and is awarded by the John Templeton Foundation and American Association for the Advancement of Sciences. He is married to his college sweetheart Lydia, Dad to Nathan & Josh and best-pals with his dog Brownie.