Today many are mourning the loss of another brilliant man of God, a faithful pastor and Bible teacher.
Ed Stetzer 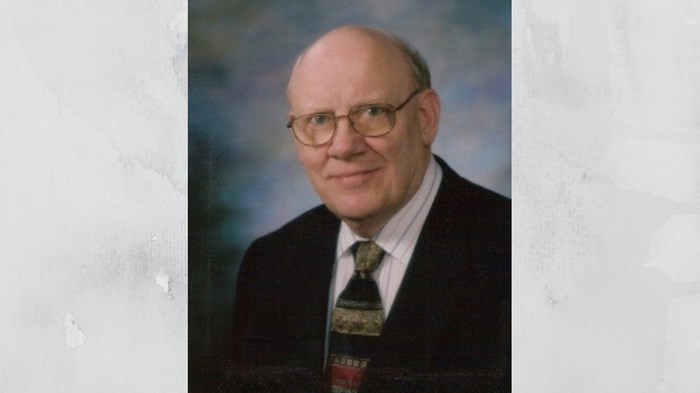 Today I, along with many, are mourning the loss of another impactful leader: Warren Wiersbe. Much of his texts and sermons have helped form how I think and how I teach the Bible.

Indeed, he was one of evangelicalism’s giants, but to the people of The Moody Church, he was their beloved pastor.

You can read the tribute from his grandson here. Also, Erwin Lutzer is pastor emeritus of The Moody Church and he has already written a moving tribute. However, as someone who was influenced by his writing, and now serve an interim role at his former church, let me add a bit to their helpful reflections.

In September 2016, I preached my first sermon as interim teaching pastor at Moody Church in Chicago. Extraordinary preachers like Moody, Torrey, Ironside, and Lutzer have stood in this pulpit. Yet the one I engaged with the most in my life, primarily through his writings, was Warren Wiersbe.

Even today as I enter the sanctuary, people regularly mention him, his preaching, and his influence in their lives. The warmth of their love for Wiersbe is evident to this day.

Wiersbe is perhaps best known for his “Be” series, a series of 50 books from Be Real to Be Joyful, but it was his faithful preaching of God’s word that helped The Moody Church be a church God called them to be.

Writing over 160 books, Wiersbe’s name fills church libraries and campus bookstores. His devotional preaching still remain central to thousands of churches’ small group curriculum. His commentaries, at the same time thoughtful yet accessible, are used by pastors across the globe in writing weekly sermons. His sermons, numbered in the thousands from years on the radio, have nourished the church across the globe.

Trying to summarize all the themes of Wiersbe’s books and articles would require several dissertations. Even as I thought I had a good handle on the Wiersbe corpus, I was intimidated to realize how little I had read upon reading through the entire list.

Yet underlying each was Wiersbe’s unwavering conviction that he was called to be a pastor. To his congregation, to Christians around the world, and to even to other pastors. There is a reason he came to be known as the “pastor’s pastor.”

His goal was always to equip God’s people using God’s word to live out God’s mission by encouragement, explanation, and frequently even reproof. Concerned as the reductive Christianity many in churches was subsisting upon, Wiersbe repeatedly emphasized the robustness of the Christian faith. His corpus is stunning not simply in its number but its breadth; outlining a truly full vision of Christian discipleship.

Turning his attention to the pastorate, Wiersbe unleashed righteous anger by what he perceived as the decline of the pulpit into scandal and celebrity. Written in 1988, The Integrity Crisis reads fresh today in offering a vision of pastoral ministry that is selfless, sacrificial, and difficult yet ultimately rewarding. This text is as needed today as ever. In fact, I think of something Wiersbe once said: “The ability to calm your soul and wait before God is one of the most difficult things in the Christian life. Our old nature is restless... the world around us is frantically in a hurry. But a restless heart usually leads to a reckless life.”

With so many accomplishments under his belt, he was committed to his integrity and honor before God. This is something very needed among pastors and leaders in our churches today.

Similarly, for decades Wiersbe had been the subtle yet enduring voice calling Christians to take hold of the riches of the Bible in their churches, families, and lives. Yet few outside the church will take note today, because the church and the Bible was his focus. By their measurements of controversy and politics, Wiersbe will probably not have an obituary in many newspapers today.

A Model for Today

But to those who know and believe, he was a giant. It is a much-needed reminder in this age of self-promotion, polarization, and provocation; God continues to call his church to the faithful ministry of the local church.

A central lesson that I derive from the life and ministry of Warren Wiersbe is how superior this calling is to the way we judge success today. More than the loudest and most controversial voices of today, Wiersbe has lived out the calling upon a believer. May this be said of all those in the pastorate and any level of church leadership today.

Wiersbe’s impact is still felt at both The Moody Church and the broader church, and it will be for decades to come. He will be missed, but he will not be forgotten.