Understanding our History: How Imperfect Patriots Changed America for the Better 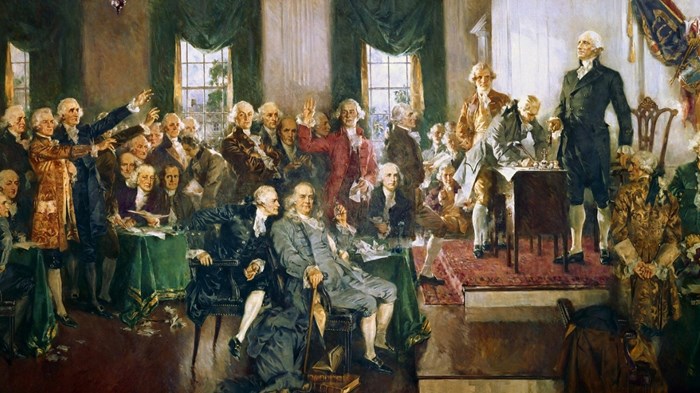 Historians have spilled much ink since America’s founding over one single question: Is the U.S. a Christian nation?

Many believers today find comfort in the notion that their country was founded by many men and women of great faith. Others might prefer to scratch out references to God found in the Declaration of Independence and not just one, but all fifty of the state constitutions in our country.

Whatever side of this debate one lands on, the importance of accurately understanding and interpreting our nation’s history remains all the same. We live in a complex world where people often try to bend and twist historical truth to suit their needs. And where our ability to appreciate people’s great contributions to our country’s story may be hindered by their own imperfections.

As Dr. Tracy McKenzie of the Wheaton College History department writes, human beings “will be tempted, subconsciously at least, to distort what we see in order to find what we are looking for.”

This includes what we are looking for in our nation’s own founding.

Some choose to make gods and others make villains out of the founding fathers and those that followed after them as leaders of this country.

But what if today, we remember that history isn’t quite so black and white? What if instead of looking to question our founding ideologically or praise the founders themselves, we chose to see God’s protective hand over these imperfect patriots who shaped our nation?

If there’s anything Scripture teaches us time and time again, it’s the importance of prayer. Even Ben Franklin—a committed deist—commented on the value of such prayer.

It was the year of 1787 and a group of over 50 men were gathered in the city of Philadelphia to craft what would become our nation’s most important document: the Constitution. There was conflict and much clashing of ideas as one could surmise. But it occurred to Franklin who was there for the proceedings that the group might look to Someone greater for help.

Notes kept by delegate James Madison during the Constitutional Convention have Franklin rising one afternoon to say: “How has it happened that we have not hitherto once thought of humbly applying to the Father of lights to illuminate our understandings?… I have lived a long time,” he goes on, “and the longer I live, the more convincing proofs I see of this truth—that God governs in the affairs of men. And if a sparrow cannot fall to the ground without his notice, is it probably that an empire can fall without his aid?”

While many question what happened after this was shared—whether the delegates at the Convention proceeded to pray or not—none can doubt the truth behind Franklin’s statement.

Prayer changes things—although it might not always be the challenging circumstances we face. God uses prayer to shape our hearts and help us trust in the good work he is doing even if we don’t see it yet for ourselves.

Franklin and the dozens of others gathered in Philadelphia in the summer of 1787 couldn’t have possibly known what would come of their work—that a nation which started off thirteen colonies large would later become a global power.

It is always a good day to thank God for guiding and protecting our nation’s founders.

Master Sergeant Roddie Edmonds served the U.S. army during World War II in Europe. He was taken prisoner by the German forces alongside hundreds of other American POW’s—some of which were Jews.

One particular day in January of 1945, because of their hatred of the Jews, the Germans singled out the Jewish POW’s and announced that they would be separated from the rest of the group and taken somewhere else the following morning.

Master Sergeant Edmonds heard these orders and, as a man of great faith, knew he couldn’t follow them.

The next morning, Sergeant Edmonds ordered all the POW’s—1,275 men strong—to stand together. When the German Commandant emerged and saw them there, he said “All of you can’t be Jews.”

To this, the Sergeant Edmonds replied: “We’re all Jews here.”

Even with a gun dug deep into his forehead with threats being spoken to him from the German Commandant, he replied: “…You can shoot me but if you do, you’ll have to kill us all.”

Few could question the courage displayed by Edmonds which, in the end, spared the lives of many Jewish soldiers. This act of bravery is one of many stories we want to honor on this special day.

But beyond this, we should also hope to emulate Sergeant Edmonds and those like him who’ve lived like Christ amidst unspeakably challenging circumstances.

It is always a good day to thank God for people of courage throughout our nation’s history.

Today is Memorial Day. We recognize the sacrifice of so many who gave their lives in the defense of freedom. It’s also a patriotic day and begins a patriotic season for many Americans, thinking about their nation between Memorial Day and Independence Day.

So, it is also worth remembering that God has guided this nation, and prayers and bravery are part of that story. So, on this day, we remember those who sacrificed and we begin a season of thankfulness for the guidance of God in our nation’s history.

For this we are thankful.

Gabriella Siefert serves as an Editorial Assistant for The Exchange. She just graudated from Wheaton College where she studied Political Science, Spanish, and Biblical and Theological Studies. Outside of her work as a writer and communicator, Gabriella enjoys volunteering with Juvenile Justice Ministry.

Understanding our History: How Imperfect Patriots Changed America for the Better

Understanding our History: How Imperfect Patriots ...