Each Thanksgiving season, I'm struck by the fact that people give thanks for things that they perhaps did not expect.
Ed Stetzer 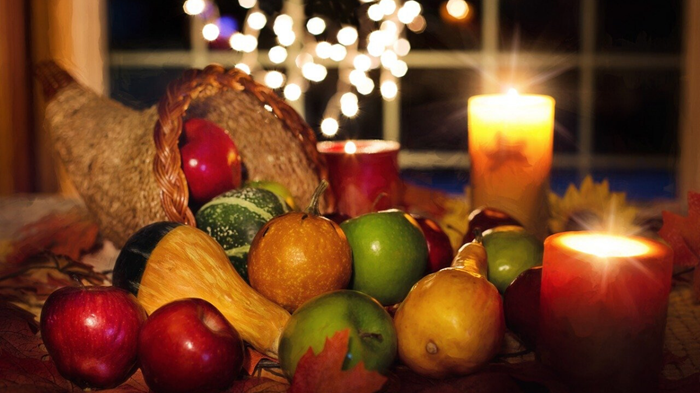 This Thanksgiving, I am spending time with my family in Florida. I am grateful for the warmer weather and the time to rest a bit. This has also given me some time to think about what Thanksgiving is about and our attitudes and actions surrounding this American holiday.

Yesterday, Laurie Nichols (our BGC communications director) had a good post on thanking God for the parts of our lives which may not be the first things that come to mind.

But the things that we give thanks for are the things that are perhaps outside of our normal expectations. This makes sense because if we look to the 1621 Thanksgiving feast at Plymouth, it was actually prompted by the fact that they had a good harvest, which reminded them in many ways of what they were thankful for—namely, a good harvest.

The year before the harvest, however, was not good. And, due to the conditions and disease, about half of these new arrivals had died the year or so between arriving and the event we call The First Thanksgiving. Furthermore, the story was that the Native Americans actually provided them food in prior times when they had little, and so when they had much, they had a feast of thanksgiving.

This, of course, would later be declared a national holiday.

People who came over to what they considered the new world during those days often died of hunger when there was a bad crop or a bad harvest. They generally didn’t have much. It was a time of general scarcity, and when there was much, there was a deep and abiding sense of thanksgiving for the blessings they didn’t expect.

What, then, might this bring to mind for us this Thanksgiving? Let me share a few things that many of us enjoy, the people throughout history and the rest of the world do not.

First, we ought to have a spirit of thankfulness for what we do not deserve and did not expect, foremost being the gospel itself.

Ephesians 2 says, "For by grace you've been saved, through faith. It's not of yourselves. It's the gift of God… lest anyone should boast.”

So, the reality is that there was no merit that I had in me. God did not save me because he saw something special in me, or because I am better than someone else.

I am very grateful that God has given me what I did not deserve and did not expect. Only in his grace do I have new life in Christ.

This year, this thought is especially special as I am near the church where I first heard the gospel, a charismatic Episcopal Church in the Orlando area. I didn't understand the depths of it then, but I now understand just how God worked in me, not because of anything worthy in me, but just because of who he is.

I received his unmerited favor, grace, and salvation.

If you are a follower of Christ, so did you. You received his unexpected and unmerited favor.

So as 2019 closes, we still can and should be thankful for the gospel

Second, we ought to be thankful for the freedom most of us enjoy.

Most of us live in places where we have freedoms to move and speak and write and be who God made us to be. But many around the world don’t have these same freedoms and live behind closed doors and in closed countries.

Our place of birth was not of our own doing. We could have been born in a nation where sharing the gospel is illegal, or where freedom of thought was not found.

It is our privilege and responsibility to consider often this very simple, and yet complex, freedom that we may take for granted. We should be thankful for where we were born, remembering that we did not choose the freedom we have, but we can be thankful for it.

Christians are suffering in many places around the world, while sometimes our biggest controversies are on social media.

I hope I can mention this w/o ruining your Thanksgiving, and don’t mention this at dinner, but I'm thankful that we live in a country that can impeach its president.

In many countries, this kind of disagreement gets you killed. But, in a free country, we discuss evidence and have debates. We can strongly disagree here, and that’s worthy of our thankfulness.

To be clear, I'm not saying I'm for or against President Trump’s impeachment in this brief article; what I am saying is that in many places around the world you would get killed for vocalizing this or that sentiment. In America, we live in a place where the rule of law is paramount, built on Judeo-Christian principles and acknowledgement that no man is above the law. So, we debate— and that’s a unique development as we look across history and in many places of the world today.

So I'm thankful that I live in a place where freedom is evident and real. We did not choose to live in the nation in which we live. We did not deserve to live where we do, and we should be thankful for it.

Third, we ought to be thankful for the abundances we have as we near 2020.

The fact is, most of us are reading this on some technological device that would be inconceivable in years past. For that matter, this technology is out of the reach of most of the world today.

Videos and audio and other technology would be have been impossible even several hundred years ago. Today, we live in a time of abundance, which gives us thankfulness and hopefully leads to, for example, an abundance in our giving. Our thanksgiving, after all, should always outflow in not just praise to God, but also a giving spirit that changes those around us.

It is worth remembering that we have great abundance and that should be reflected with an abundant thankfulness. Many of us live in some of the richest nations of the world— may our gratitude (and our giving) reflect that reality.

Finally, we ought to be thankful for those we love.

It’s so important that we be thankful for those we love. This may be family, or it may be friends. Even in the sourest of times like the scarcity those early pilgrims endured, they had each other. We, too, can cultivate a spirit of gratitude for the relationships and people in our lives.

I encourage you today as you are celebrating American Thanksgiving to take a moment to be thankful and to share that thankfulness with others. Then ask yourself and those around you, “How can our gratitude extend to generosity as we enter this Advent season?”

The Exchange team contributed to this article.

Join the conversation on Facebook
Tags:
None
Posted:
November 28, 2019