In recognizing the crucial role that church leaders play in eradicating the stigma around mental illness, Rick and Kay Warren have set out on a mission to educate others about mental illness.
Brianna Lamm 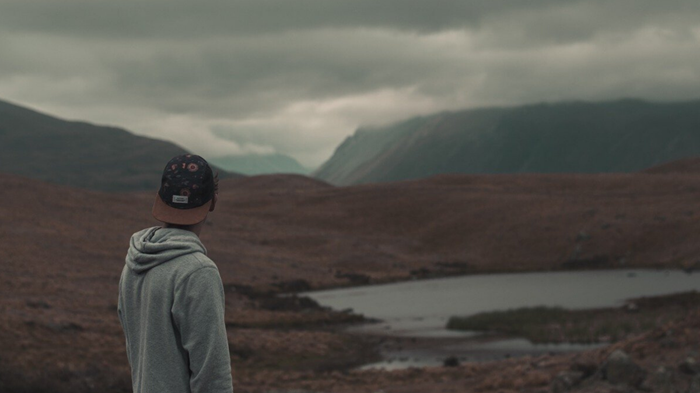 Image: Pixabay
Kay’s husband Rick is one of our featured speakers at “GC2: Facing Hard Truths & Challenges of Pastoral Ministry,” a one-day evangelical conversation on leadership, burnout, and mental health hosted by The Billy Graham Center at Wheaton College on Friday, December 6.

It’s been six years now since Saddleback Church co-founders Rick and Kay Warren tragically lost their son Matthew to suicide. The 27-year-old had suffered from depression since the age of 7.

Being the founders of one of the country’s largest and most developed megachurches, Kay admits that she and Rick struggled at first with how to understand and accept their son’s diagnosis.

“There are signs that show a child is struggling,” she recalls. “Somehow, we missed it.”

The death of her son nearly broke Kay, but God is bigger than any earthly tragedy we will ever face. Kay’s deepest heartbreak led to her greatest calling.

Despite the astronomical rates of mental illness and suicide among teens and young adults, Kay says the faith community has traditionally treated these topics as taboo, something she calls a “tragic misunderstanding,” saying,

“Mental illness is an illness. When you start to understand that, you can start to fix the stigma. When someone is courageous enough to start talking about it, then it opens the doors for treatment and healing.”

In recognizing the crucial role that church leaders play in eradicating the stigma around mental illness, Rick and Kay Warren have set out on a mission to educate others about mental illness. Their goal is to equip churches and families so we can better minister to people living with a mental illness while shining a light on topics that are traditionally taboo in the church.

Here are four things I learned about mental illness and the church from Kay Warren:

Kay Warren said this is the most important thing she has to say about this issue. So many people have the wrong idea in church that mental illness is only a spiritual problem and can be fixed with prayer. She says,

The spiritual side of who we are is one layer, but we’re a whole — we’re a body, a soul, and a spirit, and things go wrong on all levels. And stuff goes wrong in our bodies and it affects our brains and it affects our behavior and our choices. Mental illness is largely treatable. There’s so much that can be done. There’s medication, there’s therapy, there’s things we can do to nourish our whole selves.

It’s a neglected topic. When you get down to it, unless you take a specific course in seminary, you’re not likely to get a lot of education in seminary or Bible college about mental illness. And if you do, unfortunately, it usually will revolve around the idea that it’s all spiritual, and that there’s nothing physical or emotional that’s involved. So not only is it neglected, it can even be a distorted message taught.

2. Statistics about mental illness and suicide

Far from being rare and unusual, we all know somebody right now in this moment who is living with a mental illness, or it could be you, it could be me.

Seventy percent of clergy (Matthew Stanford Survey) don’t feel equipped to handle mental illness, so we have to do a better job of equipping because it’s common.

Forty-one thousand people last year died by taking their life. That’s twice as many as the number of people murdered each year.

It’s an epidemic of tragic proportions. Every 14 minutes, someone in the United States takes their life and every 15 minutes a family member is left to pick up the pieces of their lives.

3. How the Church Can Help

Kay understands the role of medicine and professional help but says we also have a part in this:

Yes, it’s a medical illness and there’s a role for the medical community and it’s a person who’s living with an illness. Nobody talks about personhood more effectively than the church. We understand the person. John Swinton talks about how we have the opportunity to resurrect the person who’s living with an illness instead of being stigmatized or rejected.

She shares how powerful the role of the church could be:

When people understand they’re embraced and welcomed with their brokenness, with their illness in the church then they’re personhood is resurrected and nobody can do that better than the church.

Let’s get educated and equipped. Get information, and learn from books like:

Grace for the Afflicted by Matthew Stanford

I would say this is not just something for professionals, but look at the people in your life. Look at them and see if there are changes in their behavior, in their attitude, in their mood, in their ability to cope with stress.

If you start seeing changes that go for a couple of weeks, observe that and then be bold enough to, in a very kind and loving way, just say, “Hey, you know I noticed that you just don’t seem yourself right now. Are you okay? And as they talk with you, use the word ‘suicide’ and ask, “Have you thought about taking your own life? Have you given any thought to suicide?”

We have this misunderstanding that if we bring up the word suicide, it’s going to plant that thought into somebody’s mind. Absolutely not so — that’s a myth. It’s actually a huge relief to many people to know that somebody will listen to you if you’re feeling that way and that they’re not afraid and you can actually say what it is that’s on your mind.

Fortunately, we can help. “If they say yes (to being suicidal), you don’t have to fix all their problems, you just need to help keep them safe.”

She offers some examples of how you can help. Ask your friend or loved one, “Can we call the Suicide Hotline together? Can I take you to the pastor? Or can we talk to your parents together?” She says, “Just that offering of help and very simple things like that can prevent suicide.”

Be sure to listen to the full conversation here!

Join the conversation on Facebook
Tags:
None
Posted:
November 30, 2019