The Art of Holding Your Nose: Negotiation and Dealing with Those Who Foster Injustice

How should Christians engage with the “Ahabs” and the “Rehoboams” of today?
Brian C. Stiller 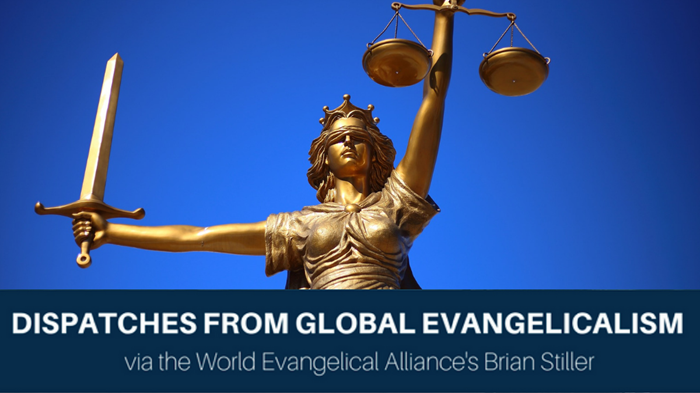 Negotiating with countries on issues such as persecution and violation of human and religious rights is complicated. We are constrained or motivated by bias, which often means we end up supporting one political regime while rejecting what another is doing, when in reality, both may appear similar. Inadvertently, we choose one side in one situation, even though it is opposite to how we may have chosen formerly. We end up holding our nose, pretending there is no discrepancy.

Wissam al-Saliby, a liaison officer with the WEA in our Geneva Office of Global Advocacy, explains how this works in an article:

A Swiss journalist recently asked me, during an interview, “Should Christian organizations be neutral towards governments?” when the killing of the Saudi journalist, Jamal Khashoggi, was brought up. The implications of neutrality were that business can continue as usual as a form of Christian witness. The alternative could be the breaking down of relationships between Christians and those rulers. My response was something like this: “Is God neutral? Certainly not. As Evangelicals we want to imitate God as revealed in the person of Jesus. God is on the side of the widows, the orphans, the strangers, and the poor. We cannot remain neutral if we want to be in harmony with the heart of God.”

In my work with the World Evangelical Alliance (WEA) in Geneva, we interact with diplomats from all sorts of countries, including countries under strong scrutiny for their human rights record. Globally, our WEA leaders meet with ministers, presidents and other senior politicians from all over the world.

This raises the question: what is our attitude and discourse toward authorities whose corruption and injustice is affecting tens of thousands, if not hundreds of thousands, of their own people, and whose laws deny the freedom to choose one’s religion? How should we engage with the “Ahabs” and the “Rehoboams” of today, oppressing their people and abusing power for personal wealth and prestige?

Let me offer a few reminders.

First, we must listen to the local church.

We need to be listening to the voices of those on the front lines who prophetically engage with their political leaders and advocate justice and religious freedom. And it’s okay to disagree with the local church who, in some countries, may support the unjust authorities in place, or may support the violent overthrow of, or even war against, the regime in place.

In recent months, I was exposed to such narratives in situations in at least three different countries. But still, it’s important to listen to local churches in order to understand where they are coming from, and to identify the prophetic voices which could be the majority or the minority.

Second, we must remember that our witness is about God and his Lordship.

It struck me in 1 Kings 20 that when the Syrians decided to attack Israel, God’s response was not about Israel but about himself and about knowing him: “Thus says the Lord, ‘Because the Syrians have said, “The Lord is a god of the hills but he is not a god of the valleys” therefore I will give all this great multitude into your hand, and you shall know that I am the Lord.’”

In our interaction with political leaders and diplomats, our mission is first and foremost about witnessing to the Lordship of God.

Third, we must unapologetically condemn injustice.

The journalist’s question that I cited earlier was based on a line of evangelical thinking where political detachment – neutrality à la Swiss – is viewed as necessary for Christian witness.

“If justice perished, the foundations of the whole cosmic order would disintegrate, because justice is fundamental to the very nature of the Lord, the creator of the universe and to the core of God’s government of history,” writes Christopher Wright in his book Old Testament Ethics for the People of God (2004, p. 253)

Fourth, we must reject favoritism or bias.

One evangelical leader engaged in peacemaking with North Korean leaders explained to me about the suffering of North Koreans and brought an explanation to the hostile and belligerent actions of its leadership.

When we moved to discussing Israel and Palestine, he wondered at the irrationality of Hamas firing rockets on Israelis and failed to apply the same standards to understand the suffering of the Palestinians resulting from the longstanding siege of Gaza, and the hostile actions of Hamas towards Israel.

Also, I’ve heard some praising Saudi Arabia’s leadership while demonizing that of Iran, while others praised Syria’s Assad while demonizing Saudi Arabia’s Ben Salman. God is just and has one measure to weigh the actions of people. In Deuteronomy 28, God warns Israel that if they behave the same way as the Canaanites, he will treat Israel as his enemy on the same terms as the Canaanites and inflict the same punishment on them by using other nations. (Wright, p. 476)

Fifth, justice can be called out privately, in the King’s court, for the King may still repent.

Choosing between going public or advocating privately and with some confidentiality is a difficult question to answer. Today, the WEA Geneva team is faced with this question for several country situations. In international diplomacy, speaking up, naming, and shaming are (usually) not the first step.

The WEA seeks to advance the right to freedom of religion and belief in order to fulfill its mission to establish and strengthen national evangelical alliances. In pursuit of this mission, backroom diplomacy can build personal connections and mutual trust (trust is so much needed today) and encourage our interlocutor to change the policy toward religious minorities, modify a legislation detrimental to religious freedom, release detained pastors, or allow closed churches to re-open.

One criterion to decide on going public or not is repentance, or changing course . Ahab repented. Queen Esther’s pleas to the King Ahasuerus were heard. Repentance is not only expressed by bringing those who killed and tortured to a criminal court, but by a change of heart of the ruler and a change of course of governance.

I sound idealist. I know. “Repentance” is distant from realpolitik and national (and personal) interests. But I am in the business of witnessing to the Lordship of Jesus Christ, and not in the business of selling and buying goods, public relations, and influence.

Here among United Nations staff and among diplomats in Geneva, or in meetings in the capitals of states, evangelicals are witnessing to the Lordship of Jesus Christ. This means not only witnessing to God’s uncompromising and unwavering love, but also to his balance of justice and mercy that calls all people, including the rulers of this world, to repentance and righteousness.

The Art of Holding Your Nose: Negotiation and Dealing with Those Who Foster Injustice

The Art of Holding Your Nose: Negotiation and ...