The Road Ahead: 10 Characteristics of a Future Church Planter, Part 1

The well-worn paths of the past can often be poor guides for missionary travelers toward the future evangelistic work in North America.
Jeff Christopherson 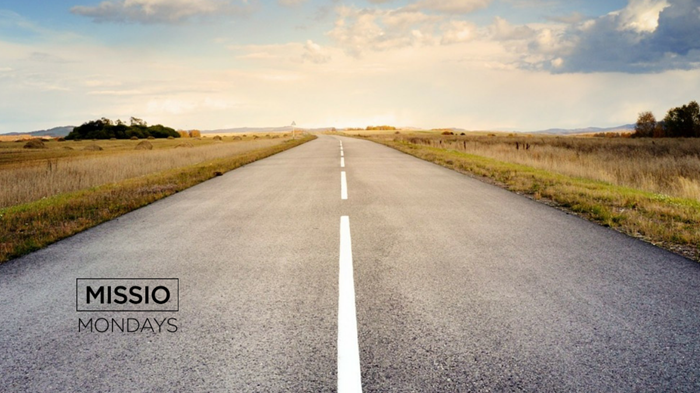 The well-worn paths of the past can often be poor guides for missionary travelers toward the future evangelistic work in North America. Future church planters that effectively engage a post-Christian mission field will look a lot more like 1st-century missionaries than they do from their 21st-century descendants. They will differ from our cultural norm in at least the following ten ways.

1 – A Different Filter: From Entrepreneurial Übermensch [1] to Apostolic Catalyst

The way we distinguish a rock star church planter is often freakishly similar to the way a successful pastor is measured—but with an additional entrepreneurial genome.

He is ostensibly a five-tool player with some bonus proficiencies that become necessary in launching and managing a successful start-up. The problem with calibrating our filtering systems to discover this unicorn is that when one is discovered, that person is often not as advertised.

The purported five-tool curriculum vitae often leans heavily toward shepherding and teaching with little natural passion directed toward the sending call of Christ’s mission. The outward multiplicative expression of the new church is often stymied from the onset.

Future movements require a new filter biased away from the ever-consolidating entrepreneurial Übermensch and toward a selfless, apostolic leader with a sending spirit. This self-sacrificing leader will form the zeitgeist for the subsequent nine shifts necessary for a future shaped by overlapping gospel movements.

2 – A Different Frame: From Sunday-centric to Christ’s Body

Church planters who have been exposed to a predominantly Christendom-ized culture often instinctively think of the assignment of church planting in terms of tasks and personnel that form a Sunday worship experience.

Staffing, be it volunteer or paid, often revolve around the leadership and laborers necessary for the sacred hour. The vast majority of the time and investment of the planting team will be directed toward this singular goal.

The spiritual assumptions and cultural presuppositions embedded in Christendom are often very rare points of view in more secularized environments. For the gospel to be observed and understood by a culture that is several generations from assembling on Sundays, a different framing of the church must be employed.

The biblical metaphor of the Body of Christ now has an opportunity to express itself beyond the required machinery of Sundays as it forms an interdependent spiritual family in full view of a lonely and longing community. This need not obscure a vibrant, consistent meeting of the church family, but it presses future missionaries to value far more than the gathering alone.

3 – A Different Fascination: From Ecclesiastical Supremacy to Kingdom Submission

The behaviors taught and celebrated through the school of church growth are, in many cases, the antithesis of teachings of Jesus and his Kingdom. The competitive call of darkness to regional dominance assumes that an unrelenting consolidation through gathering and keeping one’s market share is the way of the Kingdom.

But Kingdom supremacy is, by its very nature, a biblical oxymoron. To achieve the goal of ecclesiastical dominance, a Kingdom coup d'état is required; a regime change that deposes Jesus for a more ambitious and injudicious leader.

Future movements will not be marked by the idolatry of ecclesiastical preeminence but will be distinguished by spiritual submission. Church planters will no longer develop strategies to accumulate the greatest market share of the evangelically predisposed, but instead will focus energies on lost and desperate sheep.

Mirroring their King, their values will shift from the darkness of incessant consolidation (saving ourselves), to the light of sending (giving ourselves away).[2] This priority will demonstrate itself in collaboration between churches in a defined geography for maximum overall impact.

4 – A Different Focus: From Drafting Free-Agents to Developing Disciple-Makers

Church planting numbers, despite a marked increase in network and denominational intentionality, remain relatively static. Though planters are often better resourced, equipped, and coached than any time in history, the numbers have remained significantly unchanged. The reason?

Few churches, it would seem, see it as their responsibility to produce missionaries. Instead, the comparatively small percentage of churches that actually reproduce usually do so by drafting an outsider who is pre-prepared for the task. As a result, our assessment filters are calibrated to help churches better understand their draft pick. Church planting, like everything else in the church-growth paradigm, has been limited to addition.

We must be honest that we are gaining little ground: we start around 4,000 new churches in North America annually and close 3,700 older churches. Faced with an ever-increasing population, this is hardly enough.

A future movement will necessitate capacity building though training disciple-makers, which future church planters can be uniquely positioned to provide. By focusing on the harvest, new churches are planted ‘from’ evangelism, instead of theoretically ‘for’ evangelism, and a disciple-making pathway becomes necessarily obvious. This pathway will become the source for capacity building to emerge.

Ecclesiastical supremacy concerns itself with control, brand management, and the appearance of success. When reproduction does happen, it often more closely resembles a laboratory replication than any organic multiplication found in the natural world.

While this carefully managed replication is a step toward the light from classic consolidation, it still normally produces sterile offspring perpetually connected by a parochial umbilical cord for governance and resourcing.

As future church planters build pathways for disciple-making, they become strategically setup for a multiplication movement. Multiplication becomes culturally defined as a local church discovering, developing, and deploying church planting teams from within their midst. This internalized culture of an outward-facing mission naturally pushes the new church into a sending pattern that is both costly and spiritually intoxicating.

Next week we will consider five additional shifts necessary to take the kingdom-path that lies ahead for North American missionaries.

[1]Übermensch, or more colloquially, Superman, was Friedrich Nietzsche’s posit for the ultimate Beyond Man represented by Zarathustra in his 1883 book, Thus Spoke Zarathustra. The standard that we have set for pastor, and even more exaggerated in the selection of lead planter requires superhuman proficiencies in opposing personality characteristics. Most often our filters bias toward the shepherding/teaching functions, neglecting the more apostolic functions implicit in the mission of Christ.

[2] “For whoever wants to save their life will lose it, but whoever loses their life for me and for the gospel will save it.” Mark 8:35

The Road Ahead: 10 Characteristics of a Future Church Planter, Part 1

expand
The Road Ahead: 10 Characteristics of a Future ...