As many of us learned of Jarrid Wilson’s suicide, I’m reminded that pastors (and Christians) are not immune, and being honest about that is good for all of us.
Ed Stetzer 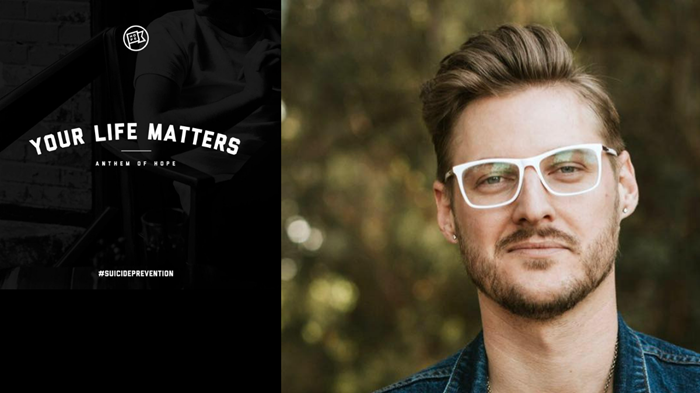 A pastor died by suicide.

That’s a sentence that might cause us to look twice.

We don’t expect pastors to take their own lives. They help people with their lives.

They talk about new life. They don’t end their own.

And yet another tragedy happened. Yet another well-known pastor—Jarrid Wilson—died by suicide.

Every suicide shocks us, but when a well-known pastor (or any Christian public figure) takes his or her own life, it causes questions to arise.

Perhaps it should. Perhaps in some ways it brings us back to the reality of who pastors are and what they do. Perhaps the tragedy is compounded even more by the fact that so many of us are hearing about it on World Suicide Prevention Day.

When I woke up this morning, I hadn't actually planned to write an article on suicide. I debated it, but decided simply to tweet later in the day about this important day.

But then I read about my friend Jarrid, a pastor and mental health advocate. So instead, I want to share some thoughts that, I hope, might be of some encouragement to pastors and church leaders.

Let me first say that many people have written many helpful things about suicide today, and they're worthy of our reading and our attention. Some of them are by Christian leaders, and I often look to Rick and Kay Warren for what they might share. (See their comments here.)

I’ve written about the church and suicide before as well.

But there are countless resources out there written from outside the Christian community as well.

Regrettably, one of the realities of the evangelical community is our hesitancy to look outside of our community for help. But truth be told—and I can attest from this very reality in my own extended family—these are important resources that can help us as we deal with the growing issue of mental health. Notably, it is important that all of us know the number of the suicide prevention hotline, for at some point we may need to use it. (That number is 1-800-273-8255, by the way.)

We must recognize this is a very real issue for all of us, including us pastors. Pastors, after all, are people too. And sometimes there are unique reasons pastors struggle with depression (and other issues). Let me share some of those reasons.

Behind the Ministry Curtain

First, I think many times people in the church are unaware of what happens behind the curtain.

The reality is that pastors struggle psychologically, emotionally, and spiritually. They struggle sometimes with physiological realities in and around depression, and becoming a follower of Jesus and becoming a pastor does not necessarily make those things disappear. Charles Spurgeon was well known for his deep bouts with suffering and depression. Wheaton College president, Philip Ryken, transparently shared about his own struggle with depression.

But the reality is, it’s hard for us to look behind the curtain. I will tell you that most Sundays I can get up in front of a group of people and speak “my best life.” But there are also Mondays and Fridays where my best life is far from my concern, and so it is with many of us.

Sometimes, the structure of church itself creates and perpetuates that very curtain that keeps pastors from being in true relationships and getting the help they need.

Not Sure Where to Turn

As a former full-time pastor whose work now often focuses on pastors, I understand the calls in the midst of the struggle, but often I feel ill-equipped to deal with the calls that surround issues of mental illness or suicidal ideation. Like you, I partner with agencies and entities in my community that can offer pastors the help that they need. And hopefully, most communities where pastors serve have such services available.

Yet, I sometimes get calls from pastors a thousand miles away who have nobody—it seems—to help them. I wonder how this has happened. I also wonder about those who are ministry leaders who don’t make the call, who suffer in silence, afraid to reach out.

This is, in part, because pastors are often seen as those who do not need help. They're the ones who provide the help, not the ones who need it. Yet the harsh reality is that behind that curtain are pastors who are struggling and don't know where to turn.

God Does Not Fix It All… Now

Finally, in part this is a misunderstanding of the gospel and the filling of the Holy Spirit.

There is a perception, and a deeply dangerous one at that, that teaches that once we've been born again or are walking in the fullness of the Holy Spirit, the very real challenges of depression, of psychological struggle, of spiritual difficulty, of mental illness, cease.

This is a lie. And when we believe this, we make dangerous assumptions. We believe pastors, having become helpers themselves, do not themselves need help. At the same times, pastors often feel that if they let on they are struggling that their churches will think less of them and their ministry may become less effective. Indeed, there remains a stigma, one I’ve written on many times, but that is often forgotten.

After I tweeted about Jarrid, I received the below question, which is often asked concerning this issue: “If a minister confides to leaders in his church that they are contemplating suicide, do you think their ministry is over?”

I responded that it depends on the church. Unfortunately, we all know that would be disqualifying a lot of churches.

Jarrid Wilson was not just a pastor, but he was actually an advocate in and around issues of mental health. Often, those who advocate have struggled themselves. That's not always the case, but hurt often gives us a compassion and an empathy for those who struggle with similar issues.

I'm deeply thankful for Jarrid's compassion, and that he reached out to others. We talked on several occasions in and around our work at LifeWay Research about mental health and his own desire to help pastors and leaders make it through the struggles of day-to-day life.

He founded a non-profit, the logo of which I used as the header for this article, called Anthem of Hope.

Yesterday, Jarrid ended his own life.

Jarrid would have told himself that suicide was never the right call— and I agree with him. It leaves many behind. But I don't write to say what Jarrid did was wrong— that’s another article and Jarrid himself knew of the hurt and pain that suicide leaves behind. However, in this article, I write to say we need to do what Jarrid told us to do on his best days.

On his site right now, it says,

First, we can grieve, and we do. Second, we can help his family, and we should. Third, we must aware of the struggles of mental illness that exist among pastors, clergy, church leaders, and many in our churches.

Fourth, for those who struggle, let's seek help and be unashamed and unembarrassed to seek out that help. Let's not let despair take ahold of us, but instead, may we—even in the midst of our pain and hurt—find the strength for one day at a time to trust God that he might use us to help others.

Fifth, let’s continue what Jarrid began . Jarrid will be missed, but his legacy will continue. We, the church, must speak more clearly about the fact that pastors are imperfect behind the curtain (and that’s okay), that there are places and ministries where we can turn, and that we must ultimately overcome the misunderstanding that an authentic Christian life somehow frees one from depression, mental illness, and struggle.

Finally, we can work to make the church a safer place for those who struggle.

My Twitter friend I mentioned above wrote me back, saying,

Wouldn't it be great if a church could tell a minister coming onto a staff or a long time minister, "This is how we promise to care for you if you are in trouble, because you are caring for our people.”

Indeed it would. If you are struggling, or contemplating self-harm, reach out to someone. Now. Call the hotline. Now. You are not alone.

Jarrid, you will be missed. May we take up the mantle of what you taught us.