Discerning leaders should be wise to recognize the growing need to confront conspiracies in their midst and to equip believers to engage loved ones and friends who have come to believe some of the fake news flying around.
Andrew MacDonald 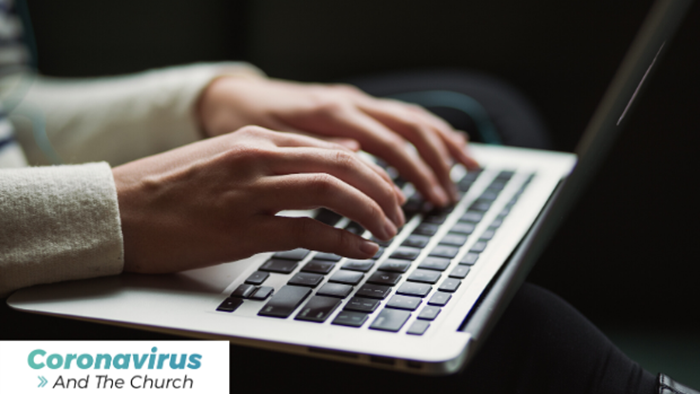 Image: Photo by Kaitlyn Baker on Unsplash
You can access all our Coronavirus-related articles, in addition to partner resources from Saddleback Church’s PEACE Plan and The Humanitarian Disaster Institute at CoronavirusAndTheChurch.Com. The Leadership in the Coronavirus Crisis podcast is filled with key interviews. You can find it at www.stetzerleadershippodcast.com or subscribe on iTunes.

One of the clearest memories from my time in school was learning of the assassination of John F. Kennedy. Although it was a fascinating story, what remains indelible was my father later grinning and saying that was only the “official” story. In reality, Kennedy was killed by the CIA.

Although my dad was only joking, I was completely sold. Being told that there were secrets waiting to be unraveled hit every button in my imagination. I quickly embraced the magic bullet theory and to the day I die I’ll remain committed to the magic loogie theory.

This is what conspiracy theories were for most: fun speculation that only a distant fringe group took seriously. However, recent years have flipped this script. No longer on the periphery, conspiracy theories have been weaponized in what is already an intensely politicized and polarized American culture.

Most disconcerting, conspiracy theories have burrowed their way into the broader evangelical church.

It is telling that for all we produce at the Wheaton College Billy Graham Center, Ed’s recent article on the damage conspiracy theories are having on our Christian witness was one of our most widely viewed articles ever.

This is becoming a far greater issue than many are willing to admit. Indeed, in a 2018 poll we conducted through the BGC Institute, we found that 52 percent of evangelicals by belief and 46 percent of self-identified evangelicals strongly agreed that the mainstream media produced fake news.

Both the popularity of conspiracy theories and the frustrations of those trying to combat its spread speaks to the problem often left unsaid by Christian leaders. Many shared Ed’s article because they are concerned about friends and loved ones who are beginning to spout conspiracy theories.

Others shared because they believed these conspiracy theories and were mobilized to attack the WCBGC as either a “pawn of George Soros” or an “arm of the Democratic Party.” Discerning leaders should be wise to recognize the growing need to confront conspiracies in their midst and to equip believers to engage loved ones and friends who have come to believe some of the fake news flying around.

One of the challenges of this quarantine season is seeing how these conspiracy theorists have found new and unexpected audiences. Many have reported friends and loved ones who have begun to parrot lines from conspiracy advocates or articles they’ve found on social media. While Ed’s initial article tackled this problem directly (and delivered a needed rebuke to conspiracy theory leaders), a common request we’ve found is how to address these concerns in productive ways.

This begins by recognizing how conspiracy theories play upon many of the underlying struggles that this crisis has provoked. Confined to our homes with our jobs and health threatened, many are dealing with fear, loneliness, and uncertainty. Through addressing these underlying struggles rather than simply rebuking others, we can help others recognize how the Christian faith meets these needs.

While most crises provoke fear in various degrees, few have hit the level of this pandemic both in terms of the actual virus and the long-term impact on the economy.

Many have lost loved ones or live in fear of them getting sick, while many others have lost their jobs or wake up each morning fearful of being laid off. The combination of intense and long-term fears is dangerous and cannot be allayed by presidential press conferences or Netflix.

Unfortunately, conspiracy theories play upon our fear by supplying a more powerful emotion: rage. Fear can so quickly morph into anger because it provides an object: they are to blame, they caused this, they deserve retribution.

There will always be a willing audience for people to scapegoat. That our culture is intensely politicized means that it was only a matter of time for pundits to capitalize on this fear by straining this anger through the lens of readymade political enemies.

Moreover, Philippians 4 reminds us that rather than being anxious, drawing closer to God through prayer and request produces “the peace of God, which surpasses all understanding, guarding your hearts and your minds in Christ Jesus” (4:7).

In addressing fear, we need to remind believers to how God meets us in the midst of these fears when we draw near to him in prayer and his Word. As fear wells up, encourage to them to bring it to God rather than to seek answers elsewhere.

While several health experts warned of the potential fallout from social distancing, few appreciated how deeply this would impact us. We miss our families, our friends, our workspaces, and so many other social habits that we took for granted.

Perhaps most revealing of this need is a recent story that some have begun to turn to telemarketing calls and calls from banks, long considered the scourge of time-wasting intrusions, in order to have some point of human connection.

This need has also pushed many to lean even deeper into their social media platforms. While a needed tool for many, social media was problematic prior to the quarantine. Left unchecked, social media has the tendency to consume our time while leaving us still feeling disconnected.

Like drinking salt water, social media can give us the illusion of social connection while actually inflaming our desire. Moreover, it has not only become a haven for conspiracy theories and fake news but a for platform to spew vitriol against those who disagree.

Even as churches innovate in trying to find way to help people met this need for social connection, significant work needs to be done. Too many go without phone calls, text messages, or in-person check in (at a safe distance) for days.

In response, this is where those concerned about conspiracy theories back up their concern with bearing with those feeling the sense of isolation. Galatians 6:2 reminds us that it through bearing one another’s burdens we fulfill the law of Christ.

It is not enough to chastise others for struggles without offering to journey with them. Schedule regular calls, visit in person and from distance if possible, write letters, and be innovative in making connections. Recognize the need and work to meet it with them.

At a time in history when we have access to so much information at a moment’s notice, this crisis has proven challenging in how little we know. This is true not only of how to treat the disease (particularly difficult as we wait for a vaccine), but also on what is going to happen in the future.

When will the shelter-at-home orders be revoked? What will the state of the economy by in a few weeks or months? When can we begin to gather in large groups for church or sports?

The uncertainty of even leading experts on these questions is fertile ground for the confidence of conspiracy theory peddlers who loudly proclaim quick and easy fixes. What is problematic is that many of these questions don’t have simple answers.

There is no miracle drug. There is no set stop date. Promising one or raging against those who are honest in expressing the ambiguity is not helpful even as it feeds into our need for certainty.

At the core of our struggle with uncertainty is our doubt in the continued faithfulness of God. When the water begins to rise, we have a tendency to forget God’s faithfulness and instead search out other life rafts. This is, in part, why God is so adamant that Israel remember his faithfulness.

(Note: We have created “I Will Remember,” a 14-day devotional to help all of us remember God’s faithfulness. You can access the YouVersion plan here or through the YouVersion Bible app.)

Whether during times of threat and persecution (Deut. 13) or stepping out into a new calling (Josh. 3), remembering God’s goodness in history is essential to remaining faithful to him in the present. In helping those struggling with the uncertainty of this crisis, take time to remember how God has been faithful.

Even more than his provision in times of crisis, this ultimately draws our attention to the message of the gospel: that even when we were sinners and unfaithful, God reconciled us to him through his Son.

During this season of isolation, fear, and uncertainty, let’s be intentional about leaning into God and engaging others. This is a much better remedy for our hurting hearts than any conspiracy theory.

Conspiracy Theories in a Time of Coronavirus: How ...