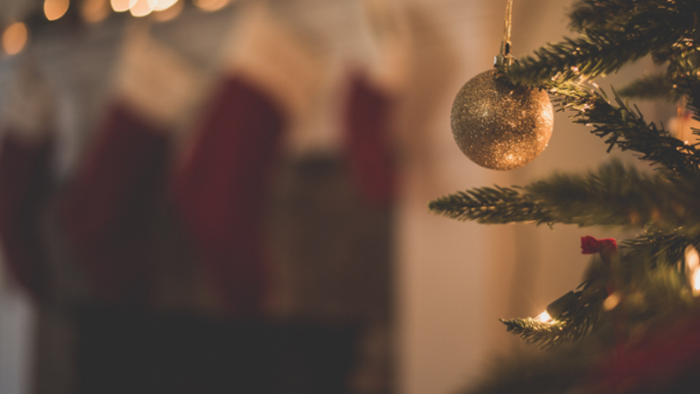 Image: Chad Madden/Unsplash
As the editor of a recently published book, The Oxford Handbook of Christmas, I have been thinking about the holiday more-or-less continuously for several years now. All this reading and reflection has served to increase my confidence that many concerns that some uneasy Christians have about the holiday need not trouble them. Here are some key ones:

The Christians who have worried that Christmas is unbiblical have usually based their concern in the fact that we are never told to celebrate Christmas in the Bible and, in fact, the Bible does not even tell us when Jesus’ birthday is. This, however, just means that it is extra-biblical – just like Thanksgiving and airplanes and chocolate and the Olympics and microphones and so much else. Unbiblical doesn’t mean that something is not mentioned in the Bible; it means that it goes against what the Bible teaches. The Bible does not teach anything that would prevent Christians from remembering the birth of Jesus on December 25th.

In the book of Esther the origin of the sacred feast of Purim is recounted. It just seemed a good idea to those who thought about it – a way to remember annually that God had saved them from their enemies. God did not instruct the Jews to create this sacred celebration, let alone the day on which to observe it:

the Jews took it on themselves to establish the custom that they and their descendants and all who join them should without fail observe these two days ever year, in the way prescribed and at the time appointed. These days should be remembered and observed in every generation by every family, and in every province and in every city. And these days of Purim should never cease to be celebrated by the Jews, nor should the memory of them die out among their descendants. (Esther 9:27-28)

Nevertheless, though it was, as it were, a man-made sacred day, Jesus himself would have faithfully observed Purim as part of his life of faith. One might say likewise that Christians have taken it upon themselves to establish the custom of remembering the birth of Christ on December 25th.

There are two reasons it is usually alleged that Christmas is pagan, one is regarding the date and the connection with the Winter Solstice, and the other is about plant decorations and the Christmas tree.

One allegation claims that December 25th was an important pagan holiday in the Roman Empire and so Christmas started celebrating on that day too. If that is true, it is nothing for Christians to be worried about (this response goes for similar claims regarding the solstice and the decorations). Augustine of Hippo would explain this point by quoting Exodus 3:22 in which the Israelites receive gifts made of gold from the Egyptians at the time of the Exodus. These are not “pagan” items, Augustine explained. God created the gold – and it is a good thing that it is now serving to bless God’s people. No day is “pagan”; God created them all.

Moreover, every new culture inevitably makes use of the existing cultural resources it finds to hand. The United States of America made red, white, and blue – the national colors of Britain – its own national colors; used the tune of the British national anthem to create “My Country ‘Tis of Thee”, and so on. This does not mean that Independence Day is actually somehow a British holiday in which Americans are really honoring the British monarchy. Likewise it is misguided to imagine that Christians are somehow unwittingly doing something pagan at Christmas.

Recent research, however, casts doubt on these theories regarding pagan origins. There is no evidence that pagans ever celebrated the festival of Sol Invictus (the invincible sun) on December 25th until after Christians established it as Christmas. In other words, it seems that pagans decided to observe the day because Christians made it a popular day for celebrating rather than the other way around.

The same is true for the decorations. The idea that the Church banned mistletoe decorations because they are pagan was just completely made up by Washington Irving to make a passage in his novel, The Sketch Book of Geffrey Crayon (1820), sound more interesting. Likewise, German Nationalists in the nineteenth century created the notion that Christmas trees were rooted, as it were, in a pagan practice because they wanted to make Christmas less a holiday for Christians and more about Germanic folk identity – once again, they just made up this back story. The true origin of the Christmas tree seems to be the practice of having a decorated Tree of Life on stage for medieval mystery plays at Christmastime, plays which told the biblical story of Creation, Fall, and Redemption in Christ.

It does seem likely that Christians chose the date of December 25th to tie in with the Winter Solstice, but that again is a reflection of biblical instincts not pagan ones. Genesis 1:14 goes so far as to say that one of the reasons why God created the sun and the moon was so that they could “mark out the sacred seasons.” Passover, for instance, is dated by the Spring Equinox. In terms of Christian theological reflection, the Winter Solstice means that from that point on in the annual cycle there is more and more light and less and less darkness. Christ has come. He is the Light of the World: “The light shines in the darkness, and the darkness has not overcome it.” (John 1:5) That is the spiritual meaning, for Christians, of the Winter Solstice and why it is fitting to think of the Incarnation at that moment in time.

Is Christmas Secular and Worldly?

These concerns usually revolve around issues of commercialism, consumerism, materialism, excess, self-indulgence, and the figure of Santa Claus. To return to the festival of Purim, the Jews are also instructed in the book of Esther on how to keep a sacred day: “to observe the days as days of feasting and joy and giving presents of food to one another and gifts to the poor.” (Esther 9:22) So, first of all, it is perfectly biblical to give gifts on a day set aside to remember our salvation. It is also perfectly biblical to keep it with feasting – with the delight of food and drink of higher quality and greater quantity than usual. Of course these things can be abused—just as any of God’s good gifts can—but they are right and good in themselves and they are a part of a scriptural way of celebrating our salvation.

Finally, a word about Santa Claus. It began with St Nicholas, a fourth-century bishop. He became famous for giving gold secretly to three destitute girls by throwing it through their window at night. (They were on the look-out the third time and so his attempt to remain anonymous was thwarted.) People were inspired by his desire to not take credit for his acts of generosity and began leaving gifts for others in the name of St Nicholas. New Yorkers heard Dutch people speaking about St Nicholas and began pronouncing the name as Santa Claus. A lot of how we picture Santa today in terms of the reindeer and all that comes from the poem, “‘Twas the Night Before Christmas.” It was written by Clement Clark Moore, a professor of Bible at General Theological Seminary. News of Santa spread overwhelmingly through the churches. This was so much the case that if you wanted to buy a Santa suit you needed to order it from a religious supplies company and if you wanted to meet Santa in person you needed to go to Sunday school. Why was this? Because Jesus taught his disciples the best way to give:

To give in a biblical way is to be a secret Santa. Christmas is a time for Christians to celebrate the birth of their Savior, and it is here for you to enjoy! Good Christian men and women, rejoice!

Timothy Larsen is an historian and the Carolyn and Fred McManis Chair of Christian Thought at Wheaton College. Larsen completed a bachelor's and master's degree at Wheaton College and obtained a doctorate in history at the University of Stirling.

Join the conversation on Facebook
Tags:
None
Posted:
December 21, 2020