You have no control who lives, who dies, who tells your story-- so let's not forget hers. 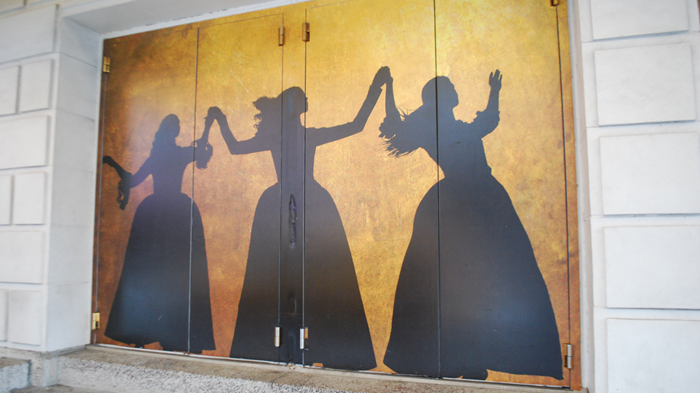 Image: Louis.Roth via Shutterstock.com
Today, people around the world are watching Hamilton on Disney. The musical has been praised around the world, but (like any such adaptation) lacks the full story.

I’m not an historian, but I am a fan of the musical. When I read Chernow’s book, upon which the musical is based, it led me to seek to learn more about Eliza Hamilton’s faith. As the musical is launched, I thought it worth a quick look at her deep Christian commitment.

While the first Secretary of the Treasury has his portrait currently printed on every $10 bill and is the subject of Lin-Manuel Miranda's work, his wife Elizabeth (Eliza) and her philanthropic work brought a melody of hope to generations of marginalized children. Her orphanage work continues to this day, albeit in a different form, demonstrating the impact of one person whose faith led to action.

Alexander himself was born of a common law marriage; his father deserted the family when he was ten and following his mother's death he experienced life as an orphan. As Susan Lim wrote, his "rags-to-riches story, Hamilton’s ascent out of poverty and into the political limelight reveals that miracles do happen."

His rise parallels the story of a shepherd boy who became king. And like King David, General Alexander Hamilton had his own adulterous affair, political coup, and preventable tragedies. Yet God’s tender heart and longsuffering kindness were woven throughout Hamilton’s 49 years on this earth.

Interestingly, Alexander had been influenced by both the preaching and the passion of Presbyterian minister Hugh Knox as a youth. While a student at King's College (now Columbia) his classmates observed his heart for worship. Biographer Chernow, whose book inspired Miranda's musical, quoted a contemporary who noted Hamilton:

was attentive to public worship and in the habit of praying on his knees night and morning. . . . I have often been powerfully affected by the fervor and eloquence of his prayers. He had read many of the polemical writers on religious subjects and he was a zealous believer in the fundamental doctrines of Christianity.

Eliza likewise held to a strong Christian zeal from her childhood. Her faith would be tested often both during her marriage and in the years after Alexander's untimely death.

Eliza's faith was tested when Alexander was the subject of possibly the first political sex scandal of the young nation. Author Tilar J.Mazzeo summarized the turbulent period which came about at a time when Elizabeth and Alexander were separated for some months:

During one such interlude, in the summer of 1791, Hamilton began an affair with Maria Reynolds that, when publicly revealed six years later, exposed Elizabeth to a humiliation augmented both by Hamilton's insistence on airing the adultery's most lurid details and a hostile press that asked, "Art thou a wife? See him, whom thou has chosen for the partner of this life, lolling in the lap of a harlot!!" Ashamed of his conduct, Hamilton began to pay closer attention to his family.

Their marriage survived the infidelity, though more sorrow would come. Alexander’s life did not match his early (and perhaps later) spiritual commitments. Hers, however, seemed more consistent.

And, she needed that faith.

In a three-year span following the turn of the 19th century she buried her sister, her eldest son, her father, and her husband. Alexander's infamous death at the duel with Aaron Burr came in 1804.

Eliza was left an impoverished single mother whose youngest child was only two. But it would be a mistake to end her story with the burial of her famous husband. She would spend the next half a century (she lived to age 97) as a social activist.

A single mother who by her 40s had delivered eight children, a foster mother to one little girl, and the wife of a man who had been orphaned himself in childhood, Eliza was passionate about the lives of children. In 1806, along with several other social activists in New York City, Eliza was one of the founders of the first private orphanage in the city, the New York Orphan Asylum Society. She was there in 1807 when the orphanage laid its first cornerstone, and she was indefatigable in her efforts to raise money and support the society, becoming its director in 1821. She remained involved until her 90s.

In particular she was a founder of the “first private orphanage in New York City.” She worked tirelessly to raise many and support for the New York Asylum Society, and became its director in 1821. The original orphanage still exists today as Graham Windham. Another example of her philanthropic work was the Hamilton Free School, named after her husband. She also took in orphaned children herself.

Perhaps Eliza will have no musical written for her. But there have been children for over two centuries––and even today––who can sing songs of hope because of her efforts for orphans.

Thomas Henry Haines and his mother were abandoned by his father, leading his mother to experience a nervous breakdown. He was committed to the Graham School in 1937. He writes with great affection concerning his experience at the orphanage where Eliza Hamilton's portrait hangs. He shared the same birthday––August 9––with Eliza. Now a scientist and an academic, he remembers fondly the impact of Eliza's legacy in his autobiography A Curious Life: From Rebel Orphan to Innovative Scientist.

This exemplifies the impact of a woman whose faith would not succumb to the sorrows of an imperfect marriage or the difficulties of single motherhood, but who strove to serve others with all her energy.

Although people tended to write more, well, religiously in those days, the language in Alexander Hamilton’s final letter to Eliza reflects his understanding of her faith. He did not just say, “Best of wives and best of Woman,” but explained where he knew she would find her comfort— because he had seen the support her faith provided on many prior occasions.

The consolations of Religion, my beloved, can alone support you; and these you have a right to enjoy. Fly to the bosom of your God and be comforted. With my last idea; I shall cherish the sweet hope of meeting you in a better world.

Adieu best of wives and best of Women. Embrace all my darling Children for me.

Let’s not forget Eliza and her powerful Christian faith.