Through the Eyes of a Woman: What I’ve Learned Over the Past 15 Years on Gender, Leadership, and the Church, Part 1

Our faith leads men and women to know and grow in the knowledge of Christ.
Laurie Nichols 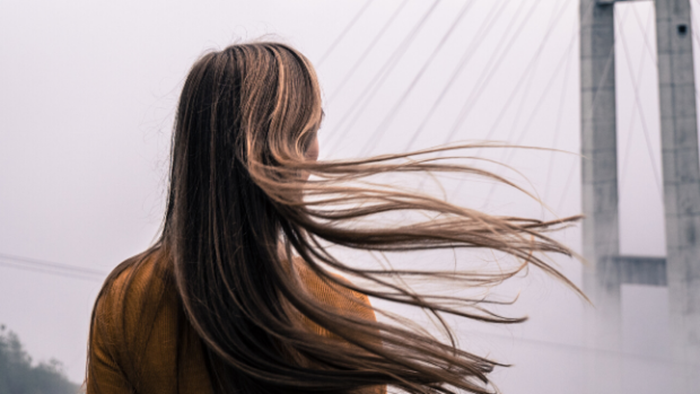 Image: Canva
Today I am glad to welcome Laurie Nichols to The Exchange. For the past four years, Laurie has managed The Exchange and led our Wheaton College Billy Graham Center communications area. She is working on a new book and is launching a new ministry called Heromakers (connect here). Laurie is a contributor to The Exchange, and will continue to be one, but she has mainly worked with me behind the scenes to bring you the content we have here. I’m excited for her as she launches this new initiative.

In today’s article, she is sharing her experiences on being a female leader. Both she and I hope it will encourage all the women in our churches and in ministry of whatever kind to stay faithful to their calling while innovatively pushing forward with their hopes and dreams. I also hope it will encourage us men to see the giftings of the women around us and not shy away from allowing them a voice to guide this next generation. This is part 1 of a 2 part series. We will run Part 2 tomorrow.

I was two weeks into my new job working at an evangelical organization and I was sitting down with my boss. Up to this point, my background was in the secular marketplace—I was a journalist working at a newspaper and holding a number of additional jobs. I had come to faith only three years earlier and was thrilled about the new opportunities I was being given.

The conversation began like this: “Laurie, you are a very smart person and we are very excited you are here as we believe you have much to contribute.”

“But I have to warn you that you have four things working against you—you’re young, you’re blond, you’re short, and you’re female.”

What kind of pep talk was this? I remember thinking.

“These are things that won’t necessarily play in your favor,” he continued.

Being new at the job and relatively new to the evangelical world, I didn’t know how to respond. His comments, which at the time made me concerned as to what I had gotten myself into, were, in hindsight, my boss’s way of preparing me for some realities which lay ahead.

By the end of that first year, I had indeed experienced what I can only call a “secondary” status in my new world. I quickly learned that if I was to excel in my position, I would need to take on a humble and quiet leadership that elevated others and minimized my own successes and skills.

Subtly, I began to believe that these different traits—young, blond (well, that might have been slightly manufactured), short, and female—were flaws I had to endure.

As I finished up graduate school, I was struck with this reality as well when a question by a male student stopped me in my tracks: “Where I come from, women don’t take graduate Bible courses. Why would you want to do that if you know you won’t be a pastor?”

His offhanded comment had projected me into one of the three categories that some believe women are best suited for—women’s ministries, children’s ministries, or prayer ministries. Each of these are excellent and necessary, but by no means the heartbeat of every evangelical female!

Out of the World

During these first years I felt like a fish out of water. I had grown up with a father who always told me I could do anything. From an early age I had my sights set on being a neurosurgeon. It was only when I became sick that I was forced to redirect my path. There was no “can’t” in my vocabulary.

As a journalist, being a female was a non-issue. It was simply part of the 50/50 ratio (rather 60/40 ratio) of females to males in this world.

What was it about this evangelical bubble I entered? I thought on a number of occasions in those early years. And blunt honesty here: Rarely does a week go by when I don’t still entertain that question.

Sure, none of us should ever believe that the world has it all together when it comes to the treatment of women, but there is something deeply distressing and deeply wounding when women are given an (often unspoken) level of secondary status in our churches and Christian institutions.

This, I have discovered, is most common in that parenthetical point above—it is often unspoken.

When I became a Christian, I remember both my local church pastor and another area pastor discipling me one on one. I remember having long discussions about the Book of Ruth, the Book of Revelation, and the Book of Job about theological truths beyond our understanding. These conversations are ones I treasure.

There was no sense (at least from what I picked up on) that they shouldn’t be pastoring me one on one. I was a new Christian and full of questions.

As I look back, I realize that what both men possessed was a guttural integrity (I’ll define that guttural part in Part 2 tomorrow) that was unwavering. Their mission was focused on the Kingdom of God and being shepherds of the sheepfold.

They had no time for segregation or mischief or tomfoolery. They kept their eyes on Christ and the mission he had given them—to guide his sheep.

All too frequently, there can be a sense that when things are going poorly in the church, that all is lost. We develop an all-or-nothing thinking that clouds our vision of reality.

When I first experienced the secondary status of being a short, young, blond female in my evangelical bubble, I was in denial. Then anger… then I went through various stages of the grief process. I could have easily thrown my hands in the air and abandoned ship, heading back for the previous life outside of this odd world I had entered.

But again, God placed a few men of leadership in my life who continued to remind me that I was smart, capable, and appreciated. Not once did I tell any of them about what I was experiencing as a female leader.

Looking back, I didn’t need to, for God had given each of them that very same guttural integrity I had found in my first pastors—a leadership that bypassed any notion that being a female was in any way a concern or a distraction. They all—in different ways—poured into me the affirmations of God in a picture that reflected the True Shepherd’s care of his sheepfold.

Living Out of the World

When I was growing up, my father would remind me of a simple truth over and over. “Laurie,” he would say, “Laurie, there is one thing in this world that all people want. And that is to be noticed. Everyone wants to be noticed.” He’d then let a few seconds pass before saying something profound which forced me to consider how I “notice” people.

Over the years, I have seen this to be gospel truth. We all want to be seen and noticed for who we are. None of us wants to be discredited or sidelined before we are even given a chance.

This is perhaps why I have come to appreciate 2 Corinthians 3:18 so much so that I did my major paper on it in graduate school: “And we all, who with unveiled faces contemplate the Lord’s glory, are being transformed into his image with ever-increasing glory, which comes from the Lord, who is the Spirit.” Or 1 Corinthians 13:12: “For now we see only a reflection as in a mirror; then we shall see face to face. Now I know in part; then I shall know fully, even as I am fully known.”

It’s this idea we must hold dear: Rather than seeing what is on the outside, we are to, like God, look at the heart—what’s inside.

This is what is unique and continues to compel me towards Christ—that he has made every single person different and unique. No two are the same. Seven billion people on the earth today—and he loves and knows each; indeed, he has given each a unique set of skills and gifts, hopes and dreams.

A Christian faith that doesn’t compel us to go deeper like Christ does—male or female—is no faith at all. It is a pseudo faith whitewashed to appear godly but lacking the one thing mandate God has given to all of us—love.

Tomorrow I will talk about what this has to do with being a female in the church and some key observations I’ve had over the past 15 years that have encouraged me.

Laurie Fortunak Nichols is editor of The Exchange and Director of Communications for the Wheaton College Billy Graham Center. She is author and editor of a number of books and online resources. Laurie will be focusing on launching a heromakers movement of everyday heroes in the coming months, inspiring all of us to believe and then live as though our lives deeply matter, because they do.

Through the Eyes of a Woman: What I’ve Learned Over the Past 15 Years on Gender, Leadership, and the Church, Part 1

Through the Eyes of a Woman: What I’ve Learned ...