Conspiracy Theories, Engaging Online, and Wisdom: The Intersection of the Three and How to Respond Biblically

While social media offers amazing opportunities to connect and learn, it seems that every new day brings new stories of awfulness.
Andrew MacDonald 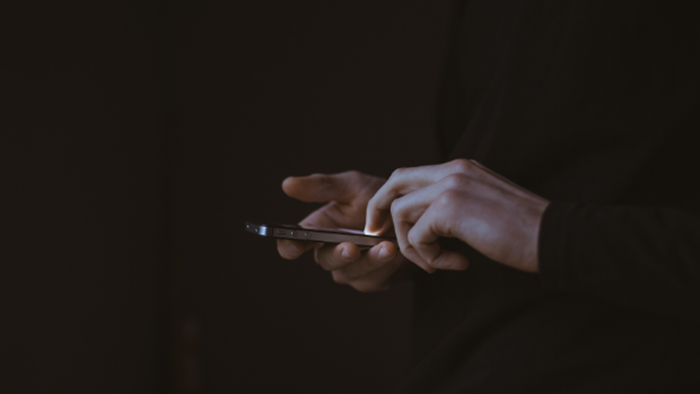 One of the things I love about living in a major city like Chicago is that if I miss the train into the city I don’t have to wait long for the next one. Unfortunately, the same is true of examples of bad behavior on social media. While social media offers amazing opportunities to connect and learn, it seems that every new day brings new stories of awfulness. Baptizing the quote often ascribed to Churchill: the greatest argument against humanity’s inherent goodness is five minutes scrolling through the average social media feed.

In recent months this tendency has only increased. Since Ed and I wrote an editorial for the Dallas Morning News on the importance of church leaders’ discipling their people on social media habits, multiple controversies have erupted. Most often these have revolved around conspiracy theories being promoted about the motivations and actions of the protests.

Given the enduring importance of conspiracy theories, I want to circle back to some of the criticism of the DNS article before focusing on few preliminary suggestions on how Christians can begin to think through healthy online habits.

The Problem of the Media

Several responses to my article in the Dallas Morning News pointed out that their suspicion of mainstream media outlets often arises from clear incidents of bias in their reporting. This is fair criticism.

The reality is that the state of reporting on religion—and particularly in reporting on evangelicalism—is quite poor. Major outlets get obvious facts wrong about simple beliefs that betrays both a lack of knowledge about the material they’re reporting on and a laziness to not search out the answer.

Google examples of where outlets have tried to define “Calvinism” and you’ll find answers that range from simplistic to malicious caricatures. It is not hard to pick up the phone and call a pastor or seminary professor for help, but this is somehow deemed not important.

More distressingly, some outlets seem intent upon pointing to outliers as examples of evangelical behavior while ignoring the wide majority. This was evident in March when outlets focused on churches and pastors who defied shelter-at-home orders and tried to pawn miracle cures for the virus.

Literally thousands of pastors led the way on closing their churches and serving their communities, often at significant personal loss, but these were obscured.

What becomes problematic is when critics of the mainstream media use these examples to push Christians to dismiss all journalism. This is often to the benefit of fringe, sometimes religiously-informed news outlets who feed a narrative that Christians are victims of a conspiracy and only they hold the truth.

Having acknowledged the failures in journalism, it is critical that Christians resist the temptation to reject mainstream reporting altogether. This is a critical mistake that leads us down the pathway to isolation whereby we invalidate any news article we find unfavorable.

Moreover, there are good journalists in major outlets, even religion journalists who strive to understand and report on evangelicalism in all fairness. At times, this leads them to our failures, but in other cases they want to detail the nuance and complexity within the movement. I might not always agree with them, but I respect their integrity and desire to report honestly.

This all-or-nothing mentality also suggests a poor understanding of Christian engagement. Our goal should be a maturity to engage the new reporting of our time with a critical eye rather than to shout bias upon seeing the outlet logo. We need to read critically across a wide range, accepting hard truths that are well supported rather than if they support our political or cultural narrative. We need to resist our temptations to echo chambers; a temptation that is common to many other subcultures across the globe.

One of the frustrating takeaways from articles on social media is how they can often have great data or insights on to why and how our online platforms are useful and/or destructive but they can leave the reader at a dead end. After outlining the problem, they can often leave people with little insight into how to respond.

Even as they seem indispensable, social media platforms are new and healthy habits remain unclear. In this respect, I believe that the book of James offers a few preliminary insights in thinking through our online presence.

Lesson One: Is Christ Lord of your social media?

Just like wearing WWJD bracelets in the 1990s did not qualify, social media profiles can be misleading and even destructive if the heart behind them is not submitted to Christ.

In the Dallas Morning News piece, I paraphrased James 3:11-12 in saying that out of the same social media account cannot come professions of the risen Christ and accusations of #pizzagate. My point was, building on James, that Christians need to recognize that they cannot separate their Christian witness from their political posts.

How we speak to one another, the kinds of stories we elevate, and the language we choose all flow out of this question of lordship.

I love that James opens with the encouragement for Christians to ask for wisdom. That James leaves it opened ended (“If any of you lacks wisdom, let him ask God…”) is designed to provoke in the heart of the believer the obvious response that we all lack wisdom.

Indeed, later in James the author circles back to this this theme: “Who is wise and understanding among you? By his good conduct let him show his works in the meekness of wisdom. But if you have bitter jealousy and selfish ambition in your hearts, do not boast and be false to the truth.”

In a climate where truth is often secondary, we would do well to ask God for wisdom in navigating not only what we should read but what we should post. Moreover, we need to recognize how our casualness regarding the truth and brash arrogance are symptoms of rebellion not qualities to be admired. If you are uncertain during this time, bring your need before God in prayer.

Into this, James reminds us that God “gives generously to all without reproach.” If you are struggling to know who to listen to, start with prayer.

One of the central lessons of James that social media tends to warp is the importance of being “quick to listen, slow to speak, slow to anger” (1:19). The pace of our news cycles and our exchanges make it nearly impossible to hold off. We think it’s necessary to let others see how angry we are about something someone did or said.

Even as my column encouraged Christians to hear this encouragement and hit pause, it is stunning how quickly we can rush past James’ warning and fire away on social media.

Long ago, my father taught me one of the most valuable lessons when email was still relatively new: never send an angry email. Save it in your drafts and pray on it for at least 24 hours. I currently have dozens of saved emails from the past decade that I wrote in anger but held off on sending.

In some cases, God resolved the situation without my anger; in others, he gave me peace despite a lack of resolution. In every case, I realized that the email would only satisfy my rage and they remain in my drafts as testimonies to the wisdom in James.

It is critical that we understand that just because we’re behind a screen, this does not absolve us from James’ warning regarding anger. Instead, let me encourage you to adopt a similar practice as with my emails: if you’re going to tweet or post something in anger, bitterness, or mean spiritedness, save in your drafts and give it 24 hours.

Let God’s Spirit speak to you about whether the situation really needs this message. At its core, this willingness to submit our anger to God’s voice is a testament that, going back to lesson one, Christ is the Lord of our social media.

Conspiracy Theories, Engaging Online, and Wisdom: The Intersection of the Three and How to Respond Biblically