Fear and emotions can also be drivers for unhelpful behaviors, such as panic and self-destruction.
Allen Yeh 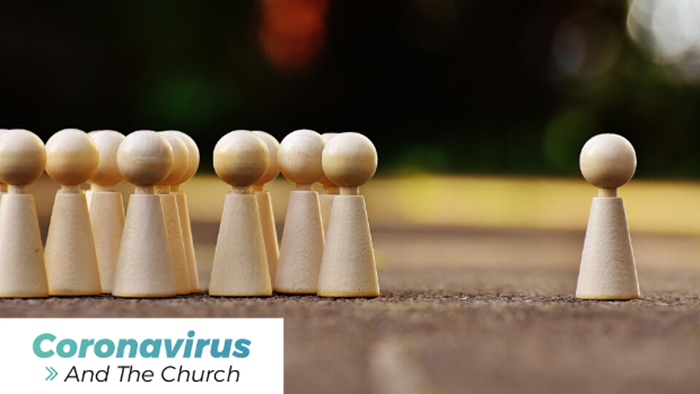 Image: Photo by Alexas Fotos on Pixabay
You can access all our Coronavirus-related articles, in addition to partner resources from Saddleback Church’s PEACE Plan and The Humanitarian Disaster Institute at CoronavirusAndTheChurch.Com.

In the past couple of days, it feels like the coronavirus crisis has escalated to an unprecedented level. In reality, statistics of the spread have not changed that drastically. However, the response has generated some swift and drastic measures such as the NBA and NCAA sports being suspended, conferences being canceled, Disneyland and cruise ships closing, and universities shutting their campuses and moving all classes online for the rest of the semester.

This just happened with my university, and now all of us professors have a steep learning curve to transition to an entirely new platform mid-semester (many of us have never taught online before).

What is often lost in the midst of all this, however, is not just the left-brain, scientific, practical ways to handle the pandemic; it is the emotional intelligence side of all of this.

To continue with the university example, it is very easy for professors to get immersed in the logistics of how to suddenly learn to deliver online classes. But in the meanwhile, we may forget that our students are worried about things like losing their on-campus job, which leads to their inability to pay off their tuition, which means they might not graduate.

Being a good professor means that we not only become good deliverers of online content, but good shepherds of our students’ well-being. Ironically, teaching an online class actually requires us to be more pastoral than teaching in-person.

What is driving much of these drastic responses is emotions and fear.

Fear and emotions can be good things, as they are designed to protect us from things that may harm us (in fact, I do think that using the “sledgehammer to kill the fly” approach may actually be warranted right now to “flatten the curve” of the spread of the coronavirus—but that’s a whole other conversation).

But fear and emotions can also be drivers for unhelpful behaviors, such as panic and self-destruction. So, sometimes we need to actively fight against the way we’re biologically wired, because what is ‘natural’ is sometimes actually tainted by our sin nature.

One unfortunate side-effect of this global pandemic is racism. Rather than something like this bringing the world together to unite against a common enemy, it is easy to make some people the scapegoat; in this case, people of Asian descent.

True, the coronavirus originated in Wuhan, China, but the virus is not a discriminator of persons. Anyone could have it and anyone can transmit it. There have been documented cases (even captured on video and photos) of people spraying Febreeze on Asians in a New York subway to “disinfect” them; people posting memes (this even happened at my university) on social media of people making disgusted faces at Asians when they sneeze or cough; people avoiding Asian-owned businesses or restaurants; Dutch students wearing Chinese clothes and conical hats and pulling up the corners of their eyes, posing for a Instagram photo with a sign that read “Corona Time”; and the hashtag #kungflu trending; among many others.

"But for many people, having someone specific to blame, or an action specific to do, helps them make sense of this world or give them a sense of control, even if the fear is unwarranted or irrational. Take the hoarding of toilet paper, for example: while it does nothing to actually address the situation at hand (hand sanitizer or face masks make much more sense), it does hurt others." Some of the positive pushback has been, for example, manufacture of buttons that say: “Wash your hands and don’t be racist.”

But more needs to be done. And we, as Christians, need to not only avoid discrimination, but we need to stem the tide of the racism, as much as cancellation of mass events is helping to quell the physical spread of the virus.

So what can Christians do?

Regarding the first principle, Jesus even said in Matthew 5:46-47, “If you love those who love you, what reward will you get? Are not even the tax collectors doing that? And if you greet only your own people, what are you doing more than others? Do not even pagans do that?”

We as Christians must demonstrate the radical love of Jesus, one that even exceeds that of non-Christians. If you can support groups that you do not have vested interest in, that will cause the secular world to sit up and take notice. “America first” or “my own race first” is not living out the Parable of the Good Samaritan, where Jesus defined our neighbor as the one who is most hated. In times of fear, take this as an opportunity to defend and support those who are most targeted and marginalized.

Second, avoid reductionism: not all individual members of a race represent the entire race.

Unfortunately, People of Color often have to deal with this, while white people usually do not. For example, although the overwhelming majority of school shooters are white males, nobody ever says that all white males are school shooters. But when 9/11 happened, there was a tendency to blame all Muslims. Or during World War II, German Americans were not rounded up, whereas all Japanese Americans were interned under suspicion of collaboration with the enemy.

Today, a similar thing is happening as well. Even though Italy is one of the most infected countries worldwide, nobody is boycotting Italian restaurants (unlike Chinese restaurants). We must also recognize the difference between Asians: Japanese, Chinese, and Koreans (for example) are not the same.

This hearkens back to the case of Vincent Chin, a Detroit auto worker in the 1980’s who was beaten to death for being mistaken for being Japanese (he was ethnically Chinese), the main competitors to the Americans in the auto industry.

Third, recognize the humanity of everyone.

Asians are just as scared of coronavirus as everyone else, just as many Muslims are fleeing the terrorism of ISIS. And Asians, like other people, need to be respected. We often hear of just the “big three”—blacks, women, and LGBTQ—and too often it feels like those get the most press while other groups don’t get nearly the amount of representation or defenders. In fact, groups which do not historically stand up for themselves are needing more recognition. Everyone is made in the imago Dei.

Finally, learn history: all this is not new.

Remember the “yellow peril” meme in the late 1800’s, which charged Asians of being unsanitary and spreading disease (or SARS in 2003)? We’ve seen this thing before. “Those who do not learn from history are doomed to repeat its mistakes,” said Spanish philosopher George Santayana. Racism does not protect anyone from disease, but does perpetuate disinformation. This not only harms People of Color, it actually can spread the disease further by focusing on the wrong thing.

We as Christians can do better. We are commanded to do better. 1 John 4:20 says, “Whoever claims to love God yet hates a brother or sister is a liar. For whoever does not love their brother and sister, whom they have seen, cannot love God, whom they have not seen.”

God help us—as we need his perspective in this world to minister to people not just physically and spiritually, but also emotionally and socially.