For those of us who know Christ, this is the time to be resolute in our devotion to him above all else.
Ed Stetzer 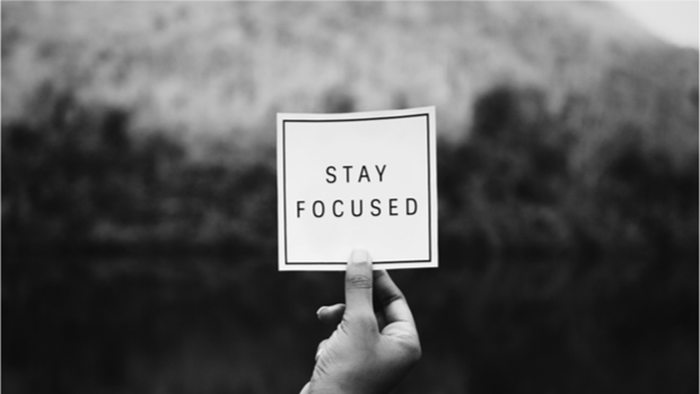 Image: By Rawpixel.com via Shutterstock
Things have changed. For years, I have been saying that scarcity leads to clarity and we are feeling that in varying degrees since COVID-19 has changed our world. Scarcity can be painful, but it can also bring us to places we couldn’t imagine. In relation to our mission, now is a moment unlike any other. New opportunities are opening up before us and, church, let’s pursue them together. In this three-part series I am sharing what pivoting looks like in relation to evangelism. You can see Part One here and Part Two here.

Additionally, we are hosting the Amplify 2020 Wheaton Evangelism Leadership Conference next week from Tuesday, May 19 – Thursday, May 21. We have an amazing line-up of speakers and are preparing a top-notch interactive experience for you and your church teams. Register today to join us for what I believe will be a truly inspiring event.

In his best-selling book The 7 Habits of Highly Successful People, author Stephen Covey simplifies principles for change into seven basic concepts. While each of these statements has its own significance, like "seek first to understand, then to be understood," Covey offers other helpful quotes like this one: "The main thing is to keep the main thing, the main thing."

Today, a lot of things want to crowd their way into the "main thing" spotlight: politics, the pandemic, and personal opinions among them. But for those of us who know Christ, this is the time to be resolute in our devotion to him above all else.

How do we do this in a world filled with angst, opinions, and so much noise?

Start with the basics. Remind yourself daily of the mission to which you were called and repeat it. Now is the time to be steadfastly focused on the daily disciplines of prayer and Bible study. Take time each morning to reflect on and give thanks for the cross. Daily ask yourself whether the things you have planned for that day are in synch with what the main thing to which God has called you.

In addition, find like-minded peers with the same passion for clarity of mission. The saying, "When you pick your friends, you pick your future," doesn't just apply to teenagers facing peer pressure. Stay in regular contact with those who will keep you focused either by intentional accountability or by example.

Speaking of examples, it also helps to keep in front of us those who kept the main thing, the main thing in the past. Let's start with Scripture.

As disciples of Jesus, the people we look to with greatest admiration are those who were single-minded in their focus. This starts with the Lord himself. As he neared the cross, he said: "But for this purpose I have come" (John 12:27b). Jesus never swerved from his purpose, nor should we.

Paul made his "main thing" clear to the church leaders of Ephesus: "But I do not account my life of any value nor as precious to myself, if only I may finish my course and the ministry that I received from the Lord Jesus, to testify to the gospel of the grace of God" (Acts 20:24). His life testifies to how centered his life was on Christ.

We know David was far from perfect, yet the scope of his life testified to his devotion to God. We also know the New Testament remembers him as one who "served the purpose of God in his own generation" (Acts 13:26). If the pandemic has exposed some holes in your focus, now is the time to renew your vision.

The missionaries we remember most are those who were single-minded in their devotion. David Livingstone, missionary to Africa, on December 4, 1857, spoke at Cambridge University on a trip back to England. He reflected on the notion of some that his service was a great sacrifice:

For my own part, I have never ceased to rejoice that God has appointed me to such an office. People talk of the sacrifice I have made in spending so much of my life in Africa. . . . Is that a sacrifice which brings its own blest reward in healthful activity, the consciousness of doing good, peace of mind, and a bright hope of a glorious destiny hereafter? Away with the word in such a view, and with such a thought! It is emphatically no sacrifice. Say rather it is a privilege. Anxiety, sickness, suffering, or danger, now and then, with a foregoing of the common conveniences and charities of this life, may make us pause, and cause the spirit to waver, and the soul to sink; but let this only be for a moment. All these are nothing when compared with the glory which shall be revealed in and for us. I never made a sacrifice.[1]

Leaders in their moment

Others saw God use them because they kept their focus in the moment God prepared for them. George Whitefield began preaching in the fields, going against his tradition as a proper Anglican minister. But after he began the often-criticized practice, he wrote in his journal of the joy of speaking the gospel to the coal miners or “colliers”:

My bowels have long since yearned toward the poor colliers, who are very numerous, and as sheep having no shepherd. After dinner, therefore, I went upon a mount, and spake to as many people as came unto me. They were upwards of two hundred. Blessed be God that I have now broken the ice! I believe I was never more acceptable to my Master than when I was standing to preach to those hearers in the open fields. Some may censure me; but if I thus pleased men, I should not be the servant of Christ.[2]

C.T. Studd's father came to Christ through the preaching of D.L. Moody. C.T. was 17 at the time. A phenomenal cricket player, Studd was powerfully moved when hearing missionary Hudson Taylor speak. He and six other Cambridge students (the "Cambridge Seven") committed to serving with Taylor in the China Inland Mission. Studd famously said: "Some wish to live with in the sound of church and chapel bells. I want to run a rescue shop within a yard of hell."[3]

Now is not the time to be obsessed with COVID-19 news, the political scene, or other distractions from our calling. May we be single-minded in our service to Christ, resolute in our proclamation of the gospel, and keep the main thing the main thing.

Join me and many others seeking to live this out at Amplify next week.

Join the conversation on Facebook
Tags:
Evangelism
Posted:
May 15, 2020