On the eve of the national election, we talk with "America's Pastor" about the role of politics and fear in our nation.
Ed Stetzer 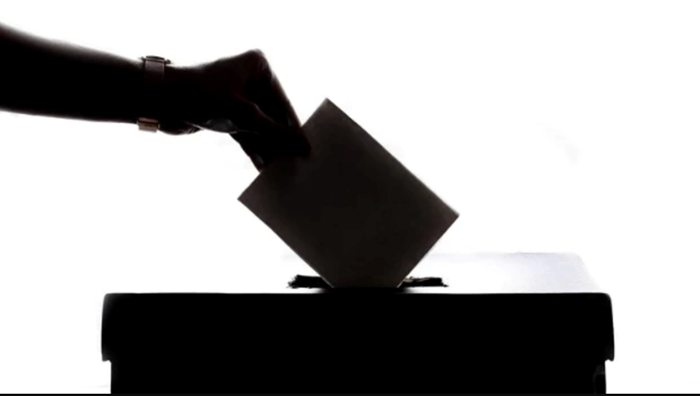 As we seek to navigate this election, I’ve invited several leaders to write about our current election and political environment. The full series is listed here.

Earlier today, Rick Warren joined Daniel Yang and me to talk about navigating this week’s presidential election. Rick is senior pastor of Saddleback Church in California, best-selling author of The Purpose-Driven Life, and has served as spiritual advisor to several U.S. Presidents and global leaders.

This post includes excerpts from the podcast, an episode of Stetzer Leadership Podcast. To hear the full episode, go to StetzerLeadershipPodcast.com or subscribe via Apple Podcasts. Rick will be back for part two later in the week.

Ed: Pastor Rick, this past weekend you preached about having the mind of Christ during the election, help us think about some of these thoughts. What kind of thoughts did you share?

Pastor Rick: Most Christians today have been seduced by politics. And what I mean by that is they spend more time listening to political news than they do listening to the word of God. Or they're on social media all the time. You need to get out of Facebook and get your face in the book of God's word.

If you know more about politics than you know about the church, you're reading the wrong stock. You're spending too much time in the wrong area. ‘Cause none of it's going to last.

A thousand years from today, there probably won't be a United States of America. Why? Because no human empire, nothing built by humans lasts forever...

Where's the Sumerian empire? Where's the Akkadian empire? They're all gone. No one even knows about them much less where they were. But a thousand years from today, if Jesus hasn’t come back, there will still be a church because it's the only thing that's going to last.

Politics is a legitimate calling and vocation. And I know people who are called by God into public service, but at the same time—much of the time—the kingdom of politics is diametrically opposed to the kingdom of God—diametrically opposed. And so if all we're doing is listening, listening, listening to the political commentators and the vitriol studies have shown that even if something is untrue, you hear it enough time and you start believing it.

Daniel Yang: Pastor Rick, I know that probably this weekend you spent a lot of time praying and thinking about Saddleback Church. What are some main points from your sermon as you're getting them ready for this week?

Pastor Rick: The world believes that politics is a driving force in everything. But Jesus said the exact opposite. He said, no, no, it doesn't matter. He said, my kingdom is not of this world.. Instead, Jesus says, the Church is what matters more than anything else. It is.

God's intent is that through the church, the manifold wisdom of God would be known (Ephesians 3:10),

Some Christians act like that—the instrument of God in the world today is their political party. And I'm going, “Well, for heaven's sake! What did God do before a hundred years ago before your party existed? What did he do for thousands of years? How did God get anything done without your political party?”

And there's such a narrow mindedness in that I could take any other country and they wouldn't have that party, but their political party has gotten the allegiance of even Christians, more than the church…

Daniel Yang: Can you speak to the pastors who are feeling fearful about the direction of the country and especially if their candidate loses?

The purposes of the Lord will stand no matter what happens tomorrow, the purpose of the Lord will stand. God is still on his throne. He wasn't shocked when COVID-19 happened. He allowed it a thousand years before we were born. God knew that COVID-19 would hit the world in 2020. He's not surprised. He didn't go, “Oh, I didn't see that coming.”

This is the time to teach the sovereignty of God that yes, “the heart of a king is in the hand of the Lord,” He turns it wherever He wishes and yes, the Bible, for instance, even shows examples in scripture where God used plagues to do his will.

To me, the greatest issue is not, “Who did you vote for?” Not at all.

In fact to me, the greatest issue is what kind of witness are you being to your neighbor based on your political meanness right now. God's more interested in your witness to your lost neighbor than he is about how you voted. I'm certain of that. Why? Because that has eternal consequences.

We're going to have to rebuild our credibility—even the term evangelical.

I was talking to my next door neighbor yesterday, who happens to be Muslim, and I've traveled with him to Syria. And his brother and sister were both officials in Syria. And he was talking to me about how evangelicals are now considered a political force.

We're going to have to rebuild. If they like what they see in us, they will listen to what we say, but we're not going to be able to start with words right now.

We've got to do some credibility rebuilding, and you spell that L-O-V-E.

Join the conversation on Facebook
Tags:
None
Posted:
November 2, 2020