The first full on-the-record interview with the coordinator for People of Praise, in the news now due to Amy Coney Barrett. 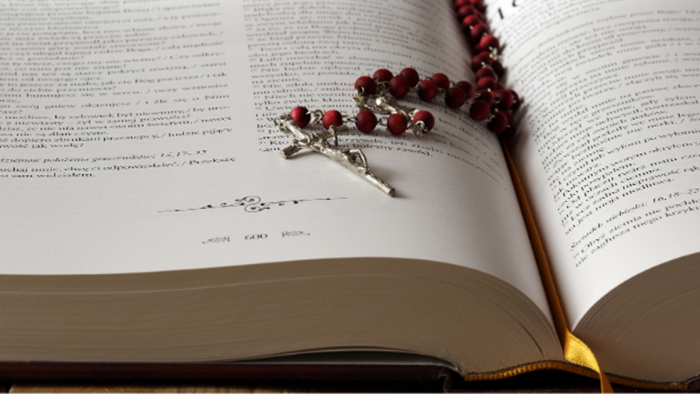 The nomination and subsequent confirmation of Amy Coney Barrett to the U.S. Supreme Court brought attention to the group People of Praise. The group received intense scrutiny, much of it reflecting the kind of reporting that conservative religious groups receive in our current cultural milieu. After I wrote my brief background article, I reached out to their director of communications who arranged this interview with their current overall coordinator, a professor at Notre Dame. This is their first, full on-the-record interview.

The following interview with University of Notre Dame professor Craig S. Lent gives context and clarity to this community. Lent is the overall coordinator of People of Praise and the Frank M. Freimann Professor of Electrical Engineering at Notre Dame.

Craig: Well, in the Senate hearings themselves, opposition to Judge Barrett centered on her judicial philosophy. The press, however, focused a great deal on her reported association with People of Praise. Despite our best efforts to be honest, transparent and helpful with reporters, it became clear that we were going to be cast as the dark stain on her character that many hoped would be disqualifying.

Ed: As I understand it, the People of Praise was founded in the early 1970s, in a time many young people were part of the Jesus People Movement. A part of that larger movement was the charismatic renewal which touched many people across various Christian traditions. This included a charismatic renewal in the Catholic church at places like Duquesne and Notre Dame. Tell us about how the People of Praise started and your own experience.

The community was founded in 1971 when 29 people made a covenant commitment in South Bend, Indiana. Notable historical influences that helped shape the community include Vatican II and its focus on the laity, ecumenism, and scripture, the Cursillo movement and its emphasis on small-group meetings and evangelism, and of course the charismatic renewal.

My own experience with the charismatic renewal began when I was a college student in the 1970s. Though attending a campus Christian group, Bible studies, and small groups, I experienced my life as a Christian to be, as I would have said at the time, under-powered. When I was prayed with to be baptized in the Spirit, things changed. My prayer came alive, the words of the Bible jumped off the page, and I began praying in tongues (even though I had never heard speaking in tongues before). Within a few months, something else happened. I discovered a deep desire to live my life in a strong sense with other Christians. The charismatic prayer group I joined discussed forming a Christian community, but ultimately decided we could not pull it off. Those wanting community would have to move to join one.

That was the experience of many people in the charismatic renewal. Hundreds of prayer groups formed, as did dozens of charismatic communities. People were inspired to move, change their jobs and career paths, to follow what they understood to be an invitation from God to build a new way of living together as Christians. The charismatic gifts described in the New Testament are, after all, for the purpose of building up and empowering Christian community.

Some of those communities were church or denominationally specific. People of Praise, like several other communities, was ecumenical in spirit and purpose from the beginning. Christian unity is important to us. We do not attempt to reconcile our doctrinal differences, which we do not minimize, and we are faithful members of our own churches. Our task is not formal ecumenical dialogue, but the ecumenism of shared life, prayer, worship, and outreach. We have in common our Christian baptism that makes us brothers and sisters in Christ, and our experience of the Holy Spirit at work today.

Ed: Some in the media described the People of Praise as a cult or cult-like. Tell us how you understand this community in terms of commitment expected by those involved and how it is practiced.

People of Praise is a covenant community. Our covenant is not an oath or a vow, but is a commitment we make to one another to be there for each other in the long run, throughout life's seasons, its ups and downs. One can make that commitment only after several years of living community life and discerning over time if this is what God is calling you to do. Of course, it is possible that God later calls someone to a new work, in which case one is released from the covenant. But that is the exception.

In choosing to make the covenant of the People of Praise, I understood that I was freely choosing to live my life with this particular group of Christians. This is admittedly counter-cultural in an era which is commitment averse. Some are hesitant to accept a dinner invitation because of a fear of missing out (FOMO) in case some better invitation might come along. Making a commitment forecloses some options, but opens up new possibilities. This is of course not news to those in Catholic religious orders and congregations.

Some communities coming out of the charismatic renewal ran into difficulties with leadership that was overly authoritarian. A community built on controlling people is unlikely to endure. God has made each person radically free, even free to accept or reject their creator. While we take one another and our mutual commitment seriously, we do not try to control one another. Each person must discern God’s will for themselves and take responsibility for their own choices.

In People of Praise, we use the approach of Ignatius of Loyola as a model for how a person can make choices out of love for God.

Ed: Tell us more about the organizational structure and relationships with other churches and groups.

The regular patterns of our community life include a weekly meeting, usually on Sunday afternoon, with charismatic praise and worship, often a talk, an open microphone for personal stories of seeing the Lord at work, and prayers for healing. During the week, small men's groups and women's groups meet in homes.

Our life is lived out in many other ways: shared meals, parties, weddings, wakes and funerals, and celebrating seasons of the church year. We help each other with meals, care and service of various kinds. We are longtime friends.

People of Praise has always had an outward-directed call to education through our Trinity Schools, sharing the gospel personally with our friends and neighbors and serving the poor.

People of Praise is a lay organization with very few paid staff. Leaders are called coordinators, women leaders, ministry leaders, or team leaders. There are leaders in each branch—we have branches in 21 locations in the U.S., Canada and the Caribbean. The community as a whole is led by an elected eleven-member board of governors. The chair of that board is called the overall coordinator. Most leadership positions have fixed terms of office and are term-limited. (My second term as overall coordinator will be up next year and I cannot be re-elected.) Some members are Protestant clergy and some are Catholic priests and deacons; one is a Catholic bishop. Clergy do not have particular roles as such in the community.

Ed: One of the areas of controversy related to Judge Barrett's confirmation hearings was sexual ethics and related topics. What is the belief of the People of Praise on these matters and how are you engaged politically?

Our views on sexual ethics are just those of traditional Christianity, the very same as the Roman Catholic church, Eastern Orthodox churches, and many protestant churches, including the largest protestant denomination in the country as well as many independent evangelical churches. We believe that sexual activity is meant only for marriage, understood as the union of a man and a woman, and that everyone should be treated with dignity and respect. The fact that humans are male or female reflects God's intention for humanity.

People of Praise does not take positions on legislation, elections, or judicial interpretation. Our members include political liberals and conservatives sharing life together without the yelling. We enjoy friendship and commitment to each other despite our political differences.

Ed: What is next for the People of Praise?

Last fall, the Lord led us as a community to make 2020 a year of intercessory prayer for the work of the Holy Spirit in our world. Now, in this challenging and divisive time for our country and our world, we invite everyone to join us in praying, "Come Holy Spirit!"