John Richards: Here is Why, as a Pro-Life Black Man, I'm Voting for Biden

Speaking for those "who have questioned [the] continued, uncritical support of President Trump over the past four years."
John C. Richards, Jr. 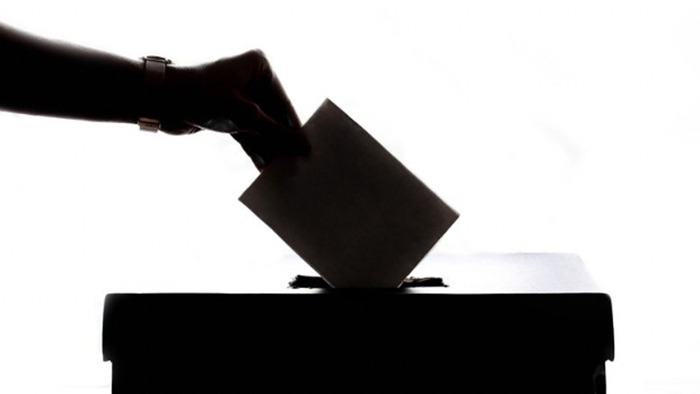 We continue with a second round of articles. First, Rev. Dr. Gabriel Salguero offered his perspective on the necessity of Christian discipleship in the upcoming election. After this post, Skip Heitzig will share why he is voting to reelect the president. This post features John Richards. This blog series, a feature of The Exchange, is similar to what we did during the last presidential election. Our hope is that it will generate thoughtful discussion among Christians.

As we stand on the precipice of what many have called the most important presidential election in modern history, Christians have a choice to make. The two presidential candidates both have imperfect agendas and less than stellar political histories. In fact, neither candidate’s platform captures what the whole of Scripture says about the issues most pertinent to the office.

With that said, I’m a Christian, Black man who has decided to vote for Democratic candidate, Joe Biden. Before you check out and assume the previous sentence is a given—since Black Christians trend toward voting Democrat—I will have you know that every year my ballot looks more like a tic-tac-toe board than it does a straight line.

Black People are Not a Monolith

I consider myself an independent who votes for candidates based on the social impact of their platform rather than that party that holds the platform. In the past, I have voted for George Bush and other Republican candidates. Not because they were a certain party’s candidate, but because their approach to governing most aligned with what I felt biblical witness set out in terms of civic leadership and its responsibility to our society and citizens on various issues.

Let me be clear from the outset, I am not writing this article as some delegate sent from the Black Christian community to state a case for voting for Joe Biden. I reject any notion that I speak for every Black Christian in America. For every pro-life, Biden-supporting John Richards there is a pandemic, Republican rally, crowd-surfing Vernon Jones. However, I can speak for a wide swath of men and women who have questioned continued, uncritical support of President Trump over the past four years.

How We Got Here

But how did we get here? The Republican primaries in 2016 had several candidates who aligned more closely with Evangelical values, including John Kasich, Mike Huckabee, and others. In fact, many evangelical leaders harshly criticized and opposed Trump’s candidacy during primaries for some of his views on same-sex marriage and other nonnegotiables. Miraculously, when Trump became the presumptive nominee, those criticisms turned to praise for the new champion for evangelical values.

Many Black Christians scratched their heads discovering the infamous number: 81% of evangelicals voted for Trump. But the choice appeared to be much more about the party than president. As the Republican candidate for president, it was time to vote the party line—despite misgivings about Trump’s character and his stance on issues important to evangelicals. Because of this dissonance over the past several years, one could argue that when it comes to politics and choosing leaders who reflect their own moral values, the moral compass of many evangelicals is broken.

Except when it comes to pro-life issues. Thought it depends on who you’re talking to when you say pro-life. For example, some would argue that the only real choice for any Christian in this election is Donald Trump. In many instances, this presumption is based on his pro-life, anti-abortion stance, supported by policies implemented during his presidency.

But for me, pro-life also means pro-dignity. That means as Christians we are called to care about both fetuses snatched from their mothers’ wombs and fatalities of black men and women snatched from this world too soon while jogging or sleeping in their own beds.

Being an anti-abortion advocate is a given for all who hold a pro-life position, including many African Americans. But we need to think more wholistically about what t means to be pro-life—and specifically what it means to also be pro-dignity. Focusing merely on the low hanging fruit of the anti-abortion cause ignores the strange fruit of black men and women executed in our nation for decades.

President Trump has missed several opportunities to lead this conversation well. He has moved Black communities further toward the periphery—treating them as other. He repeatedly treats the black community as a monolith, believing that curt statements on criminal justice reform and record unemployment numbers for Black Americans aptly address a community that is as diverse as the nation we live in.

To resign conversations about the Black community to discussions on poverty and crime is offensive and disconcerting. And it’s not just Black communities feeling this othering from the President. I have Christian, Asian-American brothers and sisters who are grieved by the president calling the coronavirus by the derogatory names “Kung Flu” and “Chinese Virus.” In 2016, he also called for the recusal of a judge overseeing a 2016 lawsuit involving Trump University because of the judge’s Mexican heritage. It is very difficult to believe his rhetoric that he has done more for Black Americans than any president since Lincoln, when he makes disparaging remarks and comments that treat minority communities in leprous ways.

We can’t turn to the fallacious argument of black-on-black crime to ignore the lack of dignity afforded to blacks people every day in a country that once treated them as 3/5ths a human being.

We cannot scoff at abortion-hiding language of women choosing what to do with their bodies and ignore the historical and contemporary dehumanization of black bodies.

The remnants of this dehumanization play out in our policymaking today. Unfortunately, it also plays itself out in political platforms as well.

There is a reason that President Trump has made protecting suburbia part of his message. Decades after the Fair Housing Act, the issue of racial animus in housing and where we live has again reared its ugly head in our nation—instigated by the man who holds the highest office in the land. The appeal to keep suburban moms and suburban communities safe from “others” is not the neighboring Jesus encourages in the gospels. Nor is it something that Christians should accept as mere rhetoric that has no everyday consequences. Especially when those others are implied to be Black and Brown citizens of our great nation.

The Plan for Blacks

Honestly, I do believe that both candidates fall short on dealing with the racial animus in our nation. Their most recent debate demonstrated to many Black people that they have better plans for climate change than they do for changing our racial climate. And that concerns me.

He also continues to pander to the Black community with plans and programs that do very little to provide equitable outcomes. When President Trump rolled out his Platinum Plan for the Black community, its skeletal framework further highlighted just how tone-deaf he is when it comes to understanding how to properly move our country toward a true, inclusive democracy. As a Historically Black College (HBCU) graduate, I appreciate Trump earmarking funds for HBCU’s. But I will not ignore executive orders and declarations that threaten defunding diversity initiatives and much needed implicit bias training—both of which President Trump has dismissed as unnecessary.

The Draw of the Law

I think those who have decided to vote for Trump have been drawn to the law. The major concerns seem to be the Supreme Court, federal courts, and legislative majorities.

I would remind us that the Pharisees idolized the law without thinking through the men and women to whom that law applied. If we make a person’s judicial appointments our litmus test for fitness for office, then we may miss the mark. The office of President entails much more than the ability to select men and women to serve in our higher courts. Rather, it involves empathy, compassion, love, human decency, graciousness, and civility.

Our nation is at a crossroads. In the coming days, many Christian men and women will tread down one of either two paths in selecting a presidential candidate. I am concerned that many of my brothers and sisters will choose a different path, one that requires them to maneuver around many of the flaws that have caused them to outright dismiss other candidates in the past.

I’m not concerned about this post convincing some to vote otherwise. Rather, my hope is that it will help others understand that there are faithful, Christian men and women who feel they have a moral and social responsibility to vote for Joe Biden. Not as THE Christian candidate. Rather, as a candidate who best reflects the temperament and values we want to see in our country’s future.

John pastor and activist who consults regularly with churches on leadership, social justice advocacy, discipleship, and race relations. John earned his M.Div. from Fuller Theological Seminary and his Juris Doctorate from Howard University School of Law. John uses his gifts and passions to equip men and women for gospel proclamation and living out the implications of the gospel message.

John Richards: Here is Why, as a Pro-Life Black Man, I'm Voting for Biden

John Richards: Here is Why, as a Pro-Life Black ...