How do we foster friendships that transcend polarization?
Andrew MacDonald 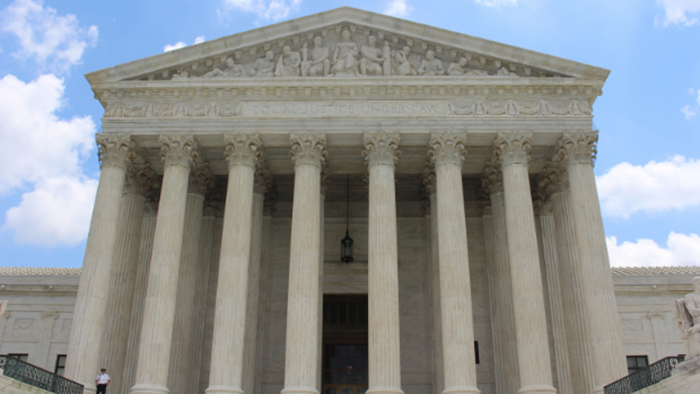 “He is something of a pagan, and like many other pagans, he is a very fine man.”

This was the reflection of G.K. Chesterton on his friend George Bernard Shaw. As was characteristic of his biting wit, Chesterton simultaneously poked fun at Shaw and those who devalued his friendship with an atheist.

Just as in Chesterton’s day, these friendships continue to befuddle us. How would that even work? Like a rotary phone, they appear to be a relic of a bygone age that is no longer available.

Yet with the passing of Justice Ruth Bader Ginsburg, her relationship with the late Justice Anton Scalia provides us with a fresh example of a friendship that transcended our polarization. Revered by liberals, Ginsburg was the ideological opposite of Scalia in nearly every respect. Despite these differences, the two were “the best of friends,” dating back to their time on the U.S. Court of Appeals for the D.C. Circuit.

In recent weeks, the Ginsburg/Scalia friendship has become a central narrative in the celebration of their lives and legacies. In articles, on social media, and in person, people across the political spectrum will praise the friendship as a role model for civic engagement in a liberal democracy. When asked how they were able to maintain a friendship despite profound differences, Ginsburg answered:

“We know that even though we have sharp disagreements on what the Constitution means, we have a trust. We revere the Constitution and the Court, and we want to make sure that when we leave it, it will be in as good a shape as it was when we joined the Court.”

This is part of why the friendship of Ginsburg and Scalia rings so powerfully in our ears today. The questions that fill interviews and articles reveal the depth of our own longing: How did they do it? What happens when they disagreed? What did they really think of each other? These are the questions of a society that understands that such a friendship is virtuous but is unable even to fathom how attain it.

Grappling with our own failure to cultivate these kinds of relationships begins with understanding how our society interprets disagreement. There is no redeeming quality to disagreement, no opportunity to learn and be refined. Rather, disagreement is an inherent threat to our well-being and an evil to be conquered.

In the last decade, we have had front row seats to the corrosive impact of this framework on society. Through demonizing, demeaning, and silencing, we have reached a point where many simply do not know how to disagree. When disagreement is perpetually framed as heretical, dehumanizing, or treasonous, every interaction with others is risky. At any time either of us might overstep and, by voicing a divergent opinion on some sacred issue, reveal ourselves as monsters.

Disagreement in the Church

Sadly, churches are often far too willing to participate in this division. We can do this externally, framing those outside the church as the opposition and retreating into isolated church communities. Celebrating terms like evangelism and mission becomes little more than lip service. As Christians are taught to fear and even hate those with whom they disagree, proclaiming the gospel to them become an afterthought.

This division has also penetrated relationships within the church. There have been few more damning pieces of evidence of failure to theological disciple than the way we disagree with other Christians. Adam Greenway, the President of Southwestern Baptist Theological Seminary, recently observed on twitter:

Recent events in SBC life increasingly lead me to wonder if we expended energies/efforts in the Conservative Resurgence to affirm our belief in an inerrant Bible whose ethical teachings we have no intention of actually living out? Inerrancy with integrity is the need of the hour.

I believe the problem lies even deeper than simply ethics. Our reliance on theological buzzwords to disagree had produced an anemic and immature understanding of the fundamental doctrines of our faith and why they matter. For years, the term “inerrancy” has been used as a bludgeon yet increasingly fewer Christians can explain and defend an evangelical theology of scripture. While professing the trinity, more than 3 in 4 evangelicals expressed heretical views on the relationship of Christ to the Father. The reductive ways we reduce orthodox to a set of passwords has, in time, justified a widespread ignorance of the robust ideas and doctrines they were meant to represent.

Just as dangerous, but far more absurd has been the injection of political terms into theological disagreement. The church is reflecting rather than countering the discourse of our polarization. Their popularity should remind us of the philosopher Alvin Plantinga’s observation of how the word “fundamentalist” has been weaponized. Detached from any historical or theological meaning, these terms are used only to insult and to signal to others that this person is not aligned with “my enlightened friends and I.”

In both respects, a failure to teach and model how to disagree has damaged our witness and unity. There are serious points of disagreement that deserve careful thought and dialogue. If we continue to fall back to cavalier misrepresentations, we will only continue to weaken the church under the guise of saving it.

Returning to the Scalia-Ginsburg friendship, the tragedy of our society is in the disparity between our understanding our practice. Despite praise for their friendship as a model for civic discourse, all it takes is for people to refresh their social media feeds before rage returns and the idea of an alternative fades.

We must learn to reframe these disagreements as opportunities to extend grace rather than outrage. This is hard to live out and comes with a cost. We prefer to reserve grace for those in our own communities. But as Jesus reminds us regarding love, what credit is it to us when we love those who love us? (Luke 6:32-34). The true test of how deeply Christ’s grace has penetrated our hearts is in our capacity to endure in extending grace to our enemies.

In my own experience, the cultivation of relationships that transcend disagreement begin with extending three specific graces:

Empathy – The initial step into disagreement is empathizing with the motivations and experiences of others. Empathy helps overcome the temptation to dismiss others as evil, instead unpacking the nuance and moral reasoning behind their beliefs and actions.

Dignity – Central to the Christian ethic is recognizing the inherent dignity of others as image bearers of God. This dignity entitles them to not only our respect but our love.

Forgiveness – There can be no sustained relationships, let alone those where profound disagreements exist, without continued forgiveness. When one misspeaks or says something that may be offensive, they must know that forgiveness is there waiting for them.

Saturated with polarization, tribalism, power, and selfishness, we are habituated to believe the lie that the highest good is to win.

Scalia’s son recently tweeted a story about how his father would buy roses for Ginsburg for her birthday. Seeing him with the roses, Judge Jeffrey Sutton once asked, “So what good have all these roses done for you? Name one five-four case of any significance where you got Justice Ginsburg’s vote.”

Scalia replied, “Some things are more important than votes.”

Few knew the power of the Supreme Court more than Scalia. But he recognized that Ginsburg was greater than her vote. For Christians, when we encounter disagreement in our society or in the church, we need to remember that the image bearer is more important than our difference.