Cross-cultural diffusion of the Gospel through people on the move.
Ed Stetzer, Sam George and Andrew Lee 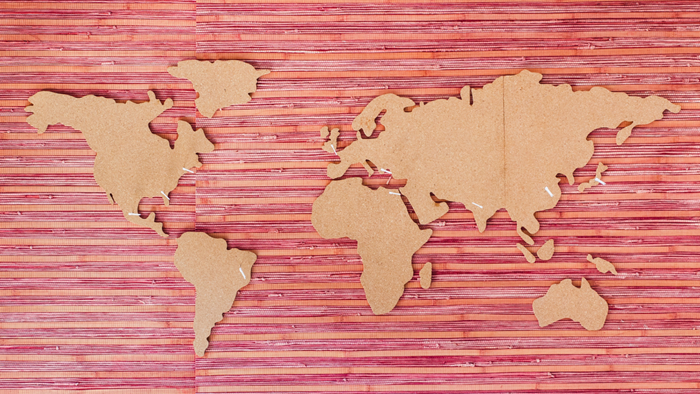 The Impact of COVID-19 on Diaspora People and Churches

The COVID-19 pandemic has been difficult for all churches; however, it has had a disproportionate impact on immigrants, especially the Latino, and refugee communities as globally, borders have been closed. Refugees have languished in camps in Europe, the Middle East, and elsewhere. Within the global refugee community, we do not even know how many lives have been lost.

Many in the American immigrant and refugee community have suffered from the economic downturn, loss of jobs, wages, and the closure of schools and daycares. During times of crisis, immigrants and refugees often have less support available, are neglected, and often fall through the cracks.

For immigrant churches, the impact of COVID-19 has been varied. Technological abilities and economics both impacted immigrant churches’ ability to adapt and survive. Churches located in the suburbs with college-educated congregations or those with technological capabilities tended to adapt well during the pandemic. These churches also had the financial means to purchase needed equipment in order to stream online services for their younger members who were able to adapt unlike some congregations with older populations.

The pandemic had a significant psychological impact on the diaspora. For many immigrant communities who are communal in culture, gathering in person is very important and is often like an extended family. The inability to meet face-to-face greatly inhibited the ministries and vitality of the church. When churches are unable to gather, many diasporas suffer due to unmet practical needs as well as feelings of emptiness, purposelessness, misunderstanding, loss, and confusion. Additionally, because of border closings, many immigrants have been unable to travel to see family who has been ill or died during this season of covid.

The children and grandchildren of immigrants often live in a unique type of tension as a part of two cultures, the culture of their family and the American culture. Missiologists use the word “hybrid” from the term “anthropological hybridization” to describe second-generation immigrants. Hybridization is a very unique asset for the gospel and for mission work.

Paul was a hybrid. He was a Hebrew, but he grew up in Tarsus and was a Roman citizen who wrote in Greek. Because he understood both cultures, he was uniquely equipped to advance the gospel. Moses was also bicultural, a Hebrew who grew up as an Egyptian. He also was uniquely called to address the Pharaoh in order to lead the Israelites out of Egypt. In biblical narratives, we often see hybrid people have played a unique role in God’s mission.

The Biblical Mandate to Love the Immigrant

In Deuteronomy 10:19 we are reminded, "You are to love those who are foreigners, for you yourselves were foreigners in Egypt." Israel's history is rooted both in nomadic people and in God’s provision while wandering in the wilderness. Abraham claims his heritage as a wandering Aramean. God continually draws Israel’s attention to this recurring theme in their history to compel them to help the strangers and foreigners in their midst.

Old Testament prophets spoke about caring for the alien, the orphans, and the widows. They were called to loving-kindness rather than oppression and slavery as is common towards foreigners. It is clear in scripture that we are to help those who are not of our particular ethnicity. We have the famous example of Ruth, the great-grandmother of King David. The lineage of Jesus is traced through Ruth, who was a Moabitess, not a native Jewish person.

The Great Commission states, "As you're going, make disciples." Go— is a participle in Greek meaning "as you are going." As we're going, we can make disciples. For those of us who live in the United States, this means as we are going and doing whatever we do in life, we can answer God's commission for our lives with the immigrants around us. Missions opportunities are here in our very own neighborhoods as the world comes to us through the immigrant and refugee community. Instead of churches sending people overseas for missionary work, we can engage in cross-cultural missions right here with immigrant communities and immigrant churches. This is part of our call as believers - to reach the nations of the world with the gospel. Even when they are just across town.

Sam George gives us some suggestions on how to start reaching out to the immigrants in our neighborhoods— Immigrants may be educated, struggling, illegal, undocumented, or various other categories. Regardless, they are human beings, created in the image of God. They need to be loved, and they are loved by God. Try to find out which part of the world people come from. What are their ethnic or historic roots? How many generations have they been here in America? If you know the language, begin speaking that language. Then, we must be willing to love, serve, and connect with them at a deep level, not at a transaction level. This means genuinely caring for people, loving them, relating to them.

This fall the Wheaton College Graduate School is launching a Global Christianity cohort in the M.A. in Ministry Leadership degree program.

Ed Stetzer is professor and dean at Wheaton College, where he also serves as executive director of the Wheaton College Billy Graham Center. The Exchange team has contributed to this article.

Dr. Sam George is director of the Global Diaspora Institute at the Wheaton College Billy Graham Center and catalyst for diasporas for the Lausanne Movement.

Dr. Andrew Lee is the associate director of the Global Diaspora Institute at the Wheaton College Billy Graham Center. Dr. Lee has a Ph.D. in Religion from Baylor University.

This article was compiled and edited by Heather Matthews, M.A., Coordinator of Partnerships and Academic Advising at Wheaton College Graduate School.