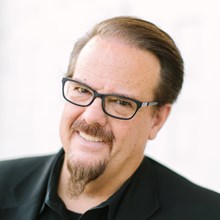 Ed Stetzer, Ph.D., is a professor and dean at Wheaton College who also serves as Executive Director of the Wheaton College Billy Graham Center. Stetzer has planted, revitalized, and pastored churches, trained pastors and church planters on six continents, has earned two master’s degrees and two doctorates, and has written hundreds of articles and a dozen books. He is regional director for Lausanne North America and publishes research through Mission Group.

Stetzer is a contributing editor for Christianity Today, a columnist for Outreach Magazine, and is frequently cited in, interviewed by, and writes for news outlets such as USAToday and CNN. He is the founding editor of The Gospel Project, a curriculum used by more than 1.7 million individuals each week for bible study.

He has written the following books:

His writings on this blog, and on social media, are his opinions and do not necessarily represent the institutions and organizations where he serves or with whom he affiliates.

Read This Issue
Give Today
Christianity Today strengthens the church by richly communicating the breadth of the true, good, and beautiful gospel.
Learn more
© 2021 Christianity Today - a 501(c)(3) nonprofit organization.