Adding sports to the faith and work conversation.

Adding sports to the faith and work conversation.

A pitcher shudders in an ice bath.
A ticket-taker welcomes the thousandth fan to the stadium.
A coach packs up his home and family hours after a loss led to his firing.

It's all for the love of the game, right?

That's what many cultural and theological conversations about sports would say. Relegating athletics to the realm of play, leisure, and entertainment, we often fail to consider the professional and vocational dynamics of athletics—from the packed schedule of the collegiate athlete to the billions of dollars generated by sports every year.

What might it look like for Christians to foster a nuanced, faithful understanding of sports as both work and play? How might we conceive of sport as a true calling from God? And how might the Christian understanding of human dignity, for example, shape discussions about pressing issues in the sports industry?

These are the types of questions that John White, director of the Faith & Sports Institute at Baylor’s Truett Seminary, leads Christians to engage. White says that there is much to gain from integrating sports, work, play, and faith into a singular conversation. In doing so, White believes that Christians have the opportunity to restore the culture of sports according to God’s vision for humanity: one that includes both work and play.

From the Dawn of Creation

Proverbs 8 depicts this vision well. In the passage, God is presented as both player and worker. The verses speak of delight, happiness, and rejoicing; they describe God as an architect. God also embraced both work and at play at Creation—ushering beauty and joy into existence while building a world that could sustain human life. Adam and Eve were then commissioned by God to mirror this model of work and play as they created and found purpose.

“Work and play for Christians,” White explains, “are always connected to our relatedness to God.”

God’s vision for work is not one of menial tasks, frustration, or drudgery. Rather, work is a means for humanity to participate in unfolding the possibilities of creation and stewarding the resources of the world. The professional athlete displays the potential for the human body; the coach the stewardship of strategy and motivation. Referees reflect the importance of justice. All throughout the world of sports, humanity demonstrates God’s intentions, offering an integrated approach to work in a world that desperately needs it.

For athletic trainer Cynthia Perry, now studying theology as a seminary student, integration looked like bringing care and compassion to her interactions with athletes. Reflecting on the biblical account of Philip running to join the Ethiopian eunuch as he walked along the road, Perry saw her work in a similar light. Philip ran down the road to meet the eunuch; Perry ran onto the field to tend to injured athletes. Philip brought news of living water; Perry brought a cup of cold water in Jesus’ name.

Like Perry, all who work in the athletic industry can be confident in their work as a meaningful form of participation in God’s creative, redemptive purposes.

Affected by the Fall

But just as the ground became hard for Adam to till when sin entered the world, athletic work is rife with difficulty and brokenness.

Our American sports industry relies on idolatry, exploitation, and racial and gender inequality. Culture-at-large pours money into youth, college, and professional sports while people in need go hungry. Fans reduce athletes to consumable commodities, loving them when they perform well and hating them when they err. Mental health struggles and burnout are rising among athletes as they struggle to meet these ever-changing expectations.

These problems are pronounced, and they have led some to suggest that the remedy is to return sports to its true foundation of play. Play is good, they say, while work is bad because it takes away the fun and love of the game.

When sports are relegated to the realm of play, Christians may decide that disengagement from the sports industry is the answer. Or, they might instrumentalize sports as nothing more than a tool that can be used for evangelism, while leaving the culture, structures, and institutions untouched.

But the argument that authentic participation in an activity can only occur when it is done for free is misguided. A worker is worth their wages, as Proverbs says. Part of restoring a biblical vision for creation and work includes meeting the physical needs of workers with fair wages, dignifying their efforts just as God does. And it means developing an understanding of work that goes deeper than performance and production.

What might it look like for Christians to view sports not only as a playground but also as a setting for work and worship?

White suggests that we turn to the example of Jesus. Throughout the gospels, Jesus upheld the importance of playful dance, celebration, and joy. The Son of God attended banquets and festivals; he reclined at dinner tables with friends. And yet, these play-oriented activities did not rival his call to do kingdom work.

While we might be tempted to divorce the two, God’s call to follow him invites us into a holistic understanding of work and play. As a former pro athlete and current player development coach with Baylor women’s basketball, Sophia Young-Malcolm seeks to honor and serve athletes in this way by being available when they’ve fallen out of the spotlight. When she tore her ACL while playing basketball in Europe, Young-Malcolm realized she was replaceable. In her role now, she talks to athletes about how to pursue their athletic goals with excellence without finding their identity in sports.

Embracing a similar purpose, Indianapolis Colts head coach Frank Reich, a former NFL player who attended seminary before launching his coaching career, sees his vocation as an opportunity to cultivate the fruits of the Spirit within himself and his players. Reich asks himself and Christian athletes: What does it look like to further conform our character and actions to the will of God? How can we grow in understanding competition as an act of striving to complete a task to the glory of God? How can the scoreboard be an agent of testing our faith rather than a definer of our identity?

None of these questions have easy answers, but they can all be considered by curious Christians who are eager to explore the idea of sports as a setting for God’s image bearers to both play and work. By integrating athletics, work, play, and faith into a single conversation, Christians can reflect God’s vision for honoring humanity and dignifying work.

With a holistic approach to athletics, Baylor’s Faith & Sports Institute is helping shape this dialogue. Through theological education, research, and formative practices for Christian leaders in sports, the institute cultivates thoughtful integration of all aspects of the sportsperson’s life. And, in doing so, they testify to a greater truth: both work and play were designed by a God whose image-bearers testify to the beauty of creation by living in that light.

Abby Perry is a freelance writer who lives with her husband and two sons in Texas. You can find her work at Sojourners , Texas Monthly , and Nations Media . 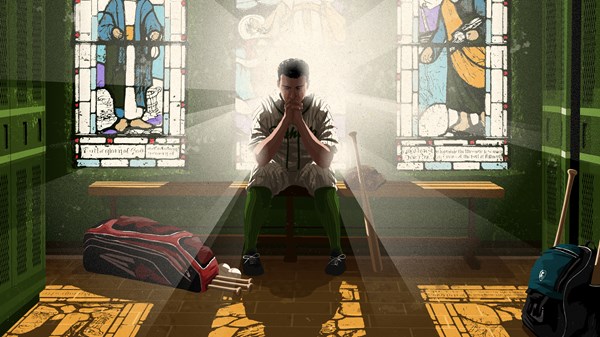 For God So Loved the World, That He Played 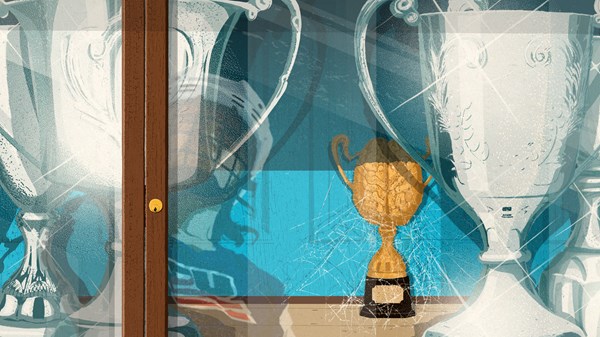