Questions bring both the faithful believer and the curious-minded seeker closer to Christ.

Questions bring both the faithful believer and the curious-minded seeker closer to Christ.

After the last few years that highlighted just how much there is to argue about, the thought of a uniform approach to faith may seem like a relief. But an atmosphere without disagreement or variance in perspective is one that stifles growth. Psychologists refer to this phenomenon as groupthink, where people value consensus and conformity over vulnerability and examination.

Without questions, alternative viewpoints, and critiques, Christians are limited in their opportunities to understand God, humanity, and the world in a richer way. An unexamined faith can lead to idolizing an ideal image, disdain for outsiders, and denial of faults or potential areas for growth. Proverbs 27:17 says, “​​As iron sharpens iron, so one person sharpens another.”

This verse raises the question: what if skeptics—that is, those who are exploring, challenging, and questioning faith—make churches healthier?

When uncertainty and doubt are handled with care and respect, fruitful dialogue can take place that blesses not only the skeptic but the disciple and congregation as well.

When it comes to understanding skeptics as a gift to the church, the Book of James provides a solid foundation.

“What good is it, my brothers and sisters, if someone claims to have faith but has no deeds? Can such faith save them? Suppose a brother or sister is without clothes and daily food. If one of you says to them, ‘Go in peace, keep warm and well fed,’ but does nothing about their physical needs, what good is it? In the same way, faith by itself, if it is not accompanied by action, is dead” (2:14–17).

Those who deal with doubt or uncertainty should not silence their questions in order to be accepted by the church.

Christians can take comfort in the fact that the Holy Spirit inspired James to write these words thousands of years ago—words that feel as though they could have been written by someone writing a guide to evangelism today. The number one barrier to faith that skeptics identify is not the person of Jesus himself but the behavior of those who claim to follow Jesus. The spiritually curious report that Christians can act like they own the idea of what it is to be good and that such an attitude repels them from considering Christianity further. The same goes for hypocrisy and judgmentalism.

But what makes Christianity attractive? The very things that James wrote: loving one’s neighbors, peacemaking, and radical acceptance of those society rejects. Perhaps it is the skeptic who has been rejected or ostracized. Perhaps they have a passion for a particular cause or group, and they doubt that the church would join them in that care. Considering these possibilities offers congregations a gateway to more empathy, more ways for iron to sharpen iron and, in doing so, more ways to strengthen their church.

Blessed Are Those Who Mourn

It’s natural for everyone to experience hardships at some point in their lives, which may spark uncertainty, fear, and doubt. When a congregation struggles to talk about these things, it runs the risk of overlooking the deeply felt needs of its people. Yet meeting people and serving them in their most poignant felt needs is exactly what James’s writings implore us to do. And the need is greater now more than ever. According to research conducted by the He Gets Us campaign, the top felt needs that people say they have right now are addressing toxic relationships and dealing with stress or anxiety. Both of these areas naturally produce doubt.

For example, if someone is in a toxic romantic relationship or dealing with strained relationships with friends or family members, they may have doubts about their own value or worth. They may wonder how God could allow them to suffer so greatly or begin to believe that God does not love or care about them. What would it look like for a Christian to step into a conversation about these doubts and invite the questioning person to explore the sadness and disappointment that underlies it all?

Stress and anxiety are natural consequences of being human, and most people are looking for coping mechanisms to handle the pain in their lives. By addressing the reality of stress and anxiety within the safety of community, churches can give skeptical people permission to reimagine faith, prayer, and the person of Jesus in the midst of that very felt need. In doing so, church leaders and members can also allow their own sadness, pain, and confusion to be named and tended to by one another in a beautiful vision of community and discipleship.

That They May Be One

Just before his death, Jesus prayed to the Father what is now known as the High Priestly Prayer. Recorded in John 17, this benediction reveals how deeply Jesus loves and cares for humanity. He asks God to protect believers, to give them great joy, and to sanctify them. And then he asks that Christians would share in something that he and the Father share: complete unity. Not uniformity, but unity.

Those who deal with doubt or uncertainty should not silence their questions in order to be accepted by the church. Instead, Christians have a tremendous opportunity to show hospitality and respect to people across the spectrum of faith, inviting them into a personal relationship with Jesus and unity with his church. Disciples of Jesus are free to set aside their fear that a question from a skeptical person could destroy the faith they love so dearly. Instead, questions can bring both the believer and the curious-minded closer to the person of Christ and to one another.

A new nationwide campaign encourages those who are skeptical or seeking faith to share their stories, ask their questions, and in so doing, meet the real Jesus. Pastors and churches all over the United States have the opportunity to show hospitality to the spiritually skeptical. Learn more about the ways that your congregation can grow in and through embracing the hurting, the curious, and the skeptical by visiting HeGetsUsPartners.com. 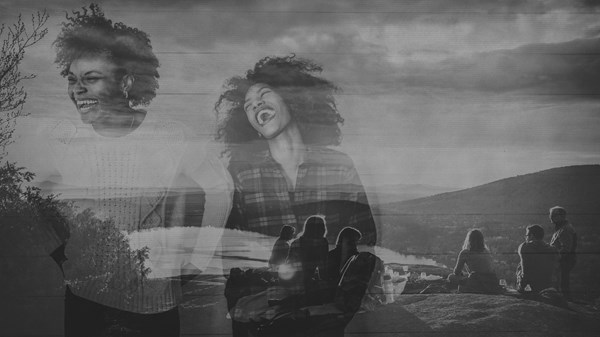 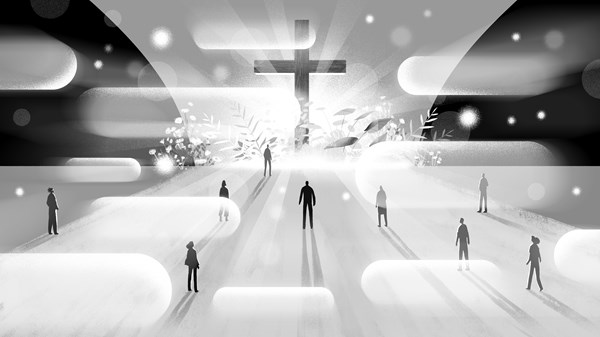 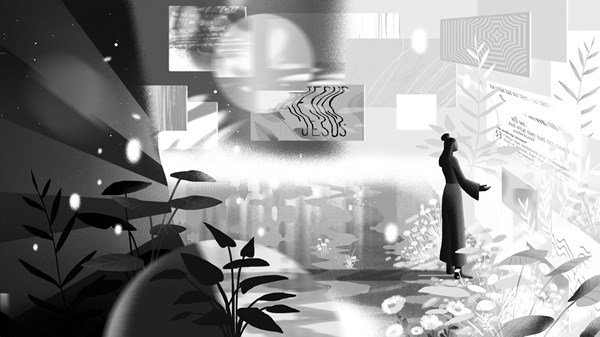