50 million views in Israel alone. That number only begins to hint at the widespread effects of one organization’s online content in a region with only 9 million people. Perhaps most surprising? The content is all about Jesus—in a place where Christians make up only one percent of the population.

Worldwide, these 400+ videos produced by a single organization have been viewed over 232 million times, making them exponentially more popular than the new Rings of Power series and amassing more viewers than the American broadcast of the 2022 Beijing Olympics. Christians in the U.S. are largely unaware of this spiritual awakening because much of the activity is centered halfway around the globe in the small nation of Israel.

How is it possible that videos about Jesus are being streamed 30,000 times a day? Why is “Jesus” the number-one search term in Israel? And who is the organization that is sharing the Good News throughout the most biblically significant land in history?

The unique and widespread impact of this online content grows out of a distinct historical context. There is perhaps no other place on earth that has faced more conflict than Israel, as countless powers have invaded for centuries in an attempt to dominate the land.

Typically when Israel is in the news, the stories focus on the Israeli-Palestinian conflict. This tension has been a recurring theme in world diplomacy efforts, but lasting peace remains elusive.

Hope, however, is still alive in Israel. The greatest concentration of responses to this organization’s Arabic videos presenting the gospel comes from one of the most violent and extreme places in the Middle East. While the body of Christ there is small, the potential for healing through the gospel is great. If the majority of Israelis want to see peace in their lifetime, Christ-followers in Israel can be instrumental in bridging the divide as peacemakers.

“When my neighbors found out I worked with Israeli Jews to share the gospel, they were shocked, and even more shocked that my Jewish co-workers believe in Jesus,” reports one member of One For Israel’s Arabic outreach team in Haifa, Israel. “It’s a great opportunity to talk with others about Jesus.”

According to leading experts, even in the face of global shortages, the State of Israel is thriving. For the last decade, they have been experiencing a high-tech revolution that draws investment from around the world. For the last five years, Israel has ranked in the top ten countries on The Bloomberg Innovative Index, with the second most active start-ups in the world.

This economic boom is directly related to a culture that supports and thrives on technology. With the average Israeli citizen spending 12 hours a day on a screen, innovation in online shopping, Zoom dating, digital learning, and telehealth have all expedited Israel’s demand for high-speed internet and accessible, quality content.

It is imperative, then, to create and distribute digital resources to share about Jesus and build community. In fact, one of the largest gatherings of believers in Israel is a Hebrew-speaking Facebook group. This community provides a safe space for growing and asking questions without the threat of persecution or the pain of social stigmas.

As Israel’s future seems inextricably tied to both peace-making and technology, so too must be the attempts to reach Israel with the gospel.

The Who Behind It All

“As an Israeli Messianic Jew, I wake up in the morning with a passion to take the Good News of Jesus to my Jewish and Arab brothers,” says Dr. Erez Soref, president of One For Israel, the organization behind the slew of viral videos. “I know without a doubt that the Lord’s heart is for us to be united in Jesus.”

Since 1990, One For Israel has been a leading voice for Israeli followers of Jesus. In 2010 they moved to their campus in central Israel, the only Hebrew-speaking Bible college in the world, and since then their ministry has expanded to include on-the-ground community discipleship, humanitarian aid, and Jewish and Arabic outreach.

But so much has changed since One For Israel began its work 30 years ago. Now, the mission field has expanded from the classroom to YouTube as the organization produces hours of content that includes simple gospel messages, answers to rabbinical objections to Christianity, and testimonies from Jewish and Arab Israelis who are now following Jesus. These videos are One For Israel’s latest attempt to take the truth to every corner of the world, including the very place where Jesus walked.

Mentioned 881 times in the Bible, Jerusalem is where God has chosen to put his name (1 Kings 11:36). It is where he called Abraham to sacrifice Isaac, and it’s where Solomon built the temple. Jerusalem is a place where God is still working to redeem people for his glory.

The church in Israel is growing, and this spiritual revival is unlike anything history has seen before. Israelis are asking questions about Jesus, and One For Israel is providing answers by harnessing the power of technology with wisdom and discernment. Their work is fueling this gospel awakening and promoting the Christian ideal of peacemaking, a holy endeavor that benefits all inhabitants of the Holy Land.

If you’re interested in learning more about One For Israel and the work God is doing in Israel, consider partnering with them today.

More from One For Israel 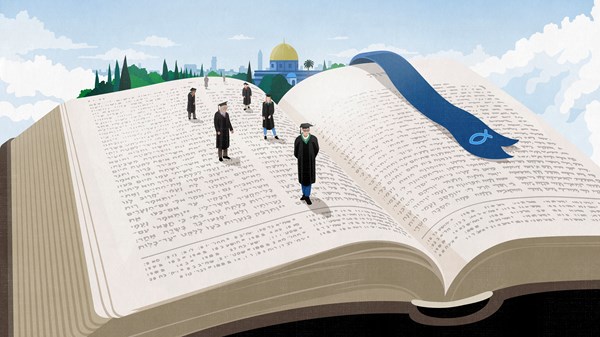 God Is on the Move in Israel