In the Beginning Was Laughter

We tend to think about what God is like in relation to us. God is love because he loves us despite our sin. God can be angry because he hates to see sin destroy the people he created. But are God’s so-called emotions entirely dependent on us and what we do? Does not God have a life within himself? Of course. In Proverbs 8—a passage that extols wisdom—we see a surprising picture of what was going on within the Trinity before sin ever entered the world.

The apostle Paul reminds us that Christ is the wisdom of God (1 Cor. 1:24). So it’s not much of a theological stretch to recognize Christ in Proverbs 8, a famous passage about wisdom:

According to some scholars, rejoicing is a conservative translation of the Hebrew word sachaq. More accurate would be laughing or playing. We’re understandably reluctant to ascribe laughing and playing to Almighty God. Still, you can see for yourself in any Hebrew lexicon what the word means—and subsequently what God and wisdom were doing when they created the world: laughing and playing.

The Lord brought me forth as the first of his works,
before his deeds of old. . . .
I was there when he set the heavens in place,
when he marked out the horizon on the face of the deep,
when he established the clouds above
and fixed securely the fountains of the deep,
when he gave the sea its boundary
so the waters would not overstep his command,
and when he marked out the foundations of the earth.
Then I was constantly at his side.
I was filled with delight day after day,
rejoicing always in his presence,
rejoicing in his whole world
and delighting in mankind.
(vv. 22, 27–31, emphasis mine) 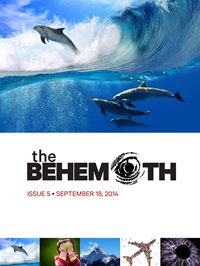