Yes, Wolves Change Rivers. And So Much More.

It wasn’t a surprise when the Yellowstone Wolf Project received a mortality signal from the radio collar of 925M, the alpha male of the Lamar Canyon pack. And it wasn’t happy news.

But then again, it wasn’t exactly bad news.

“It was a very impressive thing,” longtime wolf researcher Rick McIntyre told tourists several weeks later. “He died a hero. He sacrificed his life and saved his entire family.”

925M, known to local and internet fans as “Big Gray,” had apparently been training his pups near Slough Creek when the family encountered the Prospect Peak pack. Rather than run away from the dozen or so rivals, 925M ran straight toward them, then past them, drawing them away from his pack.

“He was a big, strong guy. He was a fast guy. But he couldn’t outrun 12 wolves,” McIntyre said.

But the long-term good news behind 925M’s death was not that it had been seemingly heroic. It’s that he died from a wolf attack, rather than a hunter’s gun.

The hot springs and geysers of Yellowstone were among the first places that researchers discovered single-celled microorganisms known as Archaea; they flourish in its hot, sulfuric pools. The park not only harbors extremophiles, it is a home for many iconic American species, from bald eagles to buffalo. The alpine landscape is dotted with broadleaf aspen ... 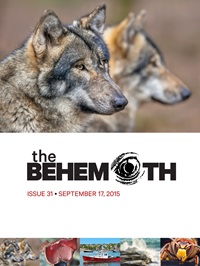