Virgin Births Happen All the Time

It was Christmas, the turkey had been eaten, and it was terrible.

“It would be pretty hard for the Department [of Agriculture] to be serious and issue an obituary notice for a turkey,” an unnamed department official told the United Press. Nevertheless, news of the turkey’s death hit front pages around the world.

Because it was Christmas. And Graydon the turkey was no ordinary turkey.

He had no father.

He didn’t have an absentee father. He hadn’t been born through artificial insemination or other technological advances. He literally had no father. His mother—one of dozens of turkey hens in an experiment—had been carefully separated from turkey toms by the government agency at a research facility in Beltsville, Maryland, under the watchful eye of embryologist Marlow W. Olsen.

Graydon’s origin had been, in other words, a kind of virgin birth. Or at least a virgin hatching.

He wasn’t the first fatherless turkey to emerge from the more than 28,000 eggs in Olsen’s experiment. There had been about 20 others. But almost all died within an hour or two. No others had lived longer than 22 days.

The experiment began almost by accident. Olsen hadn’t wanted to find virgin births. He wanted to figure out why his turkey hens were only half as fertile between January and July. Could their change be related to the male turkeys losing their feathers during that time? To find out, he planned to mate moulting males with his segregated females.

A conscientious researcher, Olsen laid out the first step. “First let’s make sure the eggs now being laid are infertile,” ... 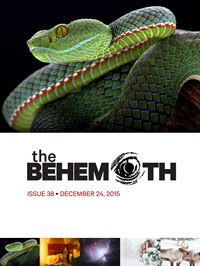