Why Did God Choose Circumcision?

Human beings can live as God intended only if flesh is put to death. In opposing flesh, Yahweh is not opposing humanity. He is acting to deliver humanity from everything that makes it bestial, every attempt to become more than human that makes humanity inhuman. In his war against flesh, Yahweh is at war with pride, heroic bravado, violence, the cascade of reciprocal vengeance, against Adam’s impatience and Cain’s envy and Lamech’s brutality and the lusts of the sons of God for the daughters of men. In seeking to kill flesh to save the human race, Yahweh ultimately aims to prosecute, condemn, and execute mortality, to put death to death.

The flood is the first great exemplification of this theme, as Yahweh’s Spirit wearies of the struggle with flesh (Gen. 6:3) and grieves over the damage to creation (Gen. 6:6–7), the violence that flesh invariably produces (Gen. 6:13). In the flood, Yahweh wipes the world clean of all flesh (Gen. 6:13, 17; 7:21).

Even after the flood, though, Yahweh sees that humankind is flesh and that the imagination of the heart is only evil from youth (Gen. 8:21). Yahweh’s evaluation is quickly confirmed in the fall of the nations at Babel (Gen. 11:1–9). The peoples who refused to scatter end up scattered and the men who sought to make an immortal name for themselves are left with the insulting name “Confusion.” Humanity, descended from one man and woman, and reborn after the flood in the sons of Noah, becomes fragmented and divided. Outside Eden, human flesh is distant from God. Long before Babel, this distance from God manifested itself in interpersonal division—Adam accused Eve, Cain murdered Abel, and the world was filled with violence. After Babel, flesh separates from flesh; division becomes institutionalized and permanent.

This is the context for the call of Abram. Tenth in descent from Noah as Noah was tenth from Adam, Abram is a new Noah, through whom Yahweh continues his war against flesh. Through Abram, the nations divided at Babel will be reunited as they are reconciled to the Creator. Through Abram, humanity will somehow be forgiven of the sin of Adam and pass by the cherubim to reenter Eden. Fleshly divisions and rivalries will be overcome. Through Abram, God’s Spirit will overcome the sinful flesh of fleshly sons of Adam and Eve.

Beginning with circumcision, Israel’s regulations signified this vocation. Israel’s rites were parodies of those in other ancient cultures. Gentiles had temples and priesthoods long before Israel, where they performed rites of sacrifice, observed purity regulations and holiness taboos, enjoyed a rich festival life. At every point, these similarities serve to highlight differences. Israel was told to employ the same elements as Gentiles, but to assemble them so as to form a different human nature (physis).

The covenant of circumcision came in the context of the promise of an abundant seed (Gen. 17:16) that would inherit and inhabit and therefore be fertile on the land that Yahweh promises. Circumcision sealed the deed of inheritance for the land, but demonstrated that Abraham’s children were not going to inherit the land by the power of their arm of flesh, their battle prowess, or heroism. Yahweh promised fertility, but indicated that Abraham would father the seed only when he gave up fleshly hope. Circumcision was the “fruitful cut” in Abram’s flesh. It is no accident that Abram could father the child of the promise, Isaac, only after he was circumcised.

From the beginning, circumcision ritualized the impotence and infertility of flesh. Flesh is not the solution to the human dilemma, to death. Flesh is the problem. The obstacle that needs to be removed is flesh itself, and given the connotations of “flesh” in Scripture, circumcision hints that fertility comes only when the phallus itself is cut off. Circumcised Israel was not another tribe. It was a parody-tribe. Its tribal emblem did not mark the triumph of fleshly virility or manly endurance, as would be the case if circumcision were a puberty rite that involved pain. Circumcision was a casting-away of flesh that began in infancy. The children of Abraham were marked by a sign of distrust in flesh, a signifier of flesh’s impotence. At the same time the circumcised renounce flesh, they are entrusted to the life-giving God. The mark in the flesh is an absence—an absence of the normal power of procreation. From Abraham on, the most productive, the most fertile, are those without powers of flesh, those who cut off whatever powers of flesh they might possess, and are fruitful by the power of the Spirit, who gives fruit. To drive home the point, this mark of flesh’s impotence was imposed on the already-impotent, on 8-day-old boys. Jesus was repeating something his Father taught him when he pointed to little children as model disciples.

“Flesh” denotes genetic relation, and a social order grounded on flesh is a social order organized around such flesh relationships. In a fleshly social order, ancestry, heritage, and birth determine your status. To be well-born is to be well-set, for life. Flesh societies are therefore exclusive. The in-group is defined by sharing the potent flesh of a founder, out-groups by having flesh of a different, lesser patriarch. After Babel, the nations each represented a separate line of descent, a trail of flesh through time.

If circumcision is a renunciation of flesh, it is also a renunciation of ethnic separation and division. Circumcision separated Israel, but it’s not a typical, fleshly marker of division. On the contrary, it was a renunciation of the fleshly patterns of division, rivalry, competition, strife that characterized the world after Babel. Circumcision was anti-Babel, signifying the promise that Yahweh would bless all nations through Abraham. Circumcision is a division, but it marked a division from division, a separation from the rivalrous project of scattering and domination that characterizes the nations, a negation of the negation and a death to the death that is fleshly existence. This is why circumcision itself can be seen as a type of Jesus’ cross, what Paul calls “the circumcision of Christ”: in his death, Jesus decisively cut off flesh (Col. 2:11).

Circumcision initiated a pedagogy in weakness—an answer to the fear of death later to be revealed in full in Christ (Gal. 3:23–24). Sexual potency and procreation are paths to immortality, two of flesh’s main strategies for overcoming the fear of death. A cut in the flesh of the foreskin, a cut in the male organ of generation, is a counterattack on the flesh’s strategies of flesh-avoidance, its tactics of death-denial. Circumcision brought an end to the reign of the phallus by symbolically cutting off the phallus: there is not much room left for phallic display when there is no phallus to display. With a stroke of the knife, an Israelite child was cut off from the necrophobia that inspired the necrophilia of Egypt, from the pompous displays of Babylonian warrior kings, from the honor system of Greek heroes. Circumcised in the flesh, he was called to renounce flesh with all its pomp.

Paradoxically, circumcision is both more fertile and more fleshly than the fleshly efforts of the Gentiles. It is more fertile because in renouncing his own potency, Abram’s flesh became a conduit for infinite divine power. His seed was conceived not by natural means but by a miracle; Isaac was a resurrected child in his birth, not only in his death-and-resurrection at Moriah (cf. Rom. 4). By renouncing flesh, Abram was able to overcome the limitations of flesh. Yet, deprived of flesh, Abraham’s children were more fleshly because circumcision encouraged an honest admission and even embrace of the limitations, weakness, and vulnerability of flesh. Circumcision was the beginning of the overthrow of the fear of death because it imposed a fleshly death at the beginning of life. For Abram too it might be said that “he died and his life was hid in God.” Because the circumcised man trusted God’s power rather than his own, his own powerlessness was no longer shameful. He was not anxious about his weakness. Weakness became a point of boasting. Abram could have boasted, like Paul, in his weakness, because in his weakness God’s power was made known.

Circumcision enlisted the circumcised in Yahweh’s opposition to flesh. By cutting away the flesh of the foreskin, Israel was incorporated into Yahweh’s war against flesh. Yahweh’s aim was not only to wipe out flesh in order to establish his kingdom of justice. He intended to do that by gathering an army of fleshly humans who in the very midst of the flesh make war on flesh, using something other than weapons of flesh. 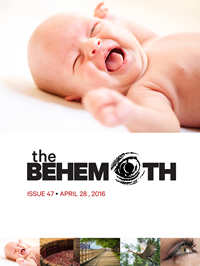