Twenty Years after the Death of God Movement

Looking back at a controversy that was destined to die.
R. C. SproulJune 14, 1985
This article is from the June 14 1985 issue. Subscribers can read all of CT's digital archives.

Looking back at a controversy that was destined to die.

Atlanta, GA—God, creator of the universe, principal deity of the world’s Jews, ultimate reality of Christians, the most eminent of all divinities, died late yesterday during major surgery undertaken to correct a massive diminishing influence.

Twenty years ago. The time when talk about God’s death moved out of college classrooms and into America’s homes. From the above obituary in Motive, a Methodist student magazine, to the cover story in Time a year later, the press heralded the radical Death of God movement (termed “theothanatology”), catapulting it momentarily into the national spotlight.

Theology suddenly became a source for graffiti on the walls of the New York City subway. International leaders were interviewed for their response to the announcement of the demise of God. One Russian diplomat was quoted as saying, “Good riddance.” Dwight D. Eisenhower was alleged to have said, “Gosh, I didn’t know he was sick.” And the puckish comment attributed to a former U.S. President in Independence, Missouri, was simply, “It’s a——shame!” Said Billy Graham: “That’s funny, I talked to him this morning.”

The 20 years since this acknowledged media event have found significant shifts in theological thinking, with a newfound adherence in and insistence on the traditional tenets of the faith. But what effect has the passage of time had on the ministries of those radical theologians who, according to Time, formed the movement’s nucleus? And are there lessons still to be learned, and warnings to be heeded, that a look back might offer us in 1985?

Was the Death of God movement a simple fad? Can we explain it simply in terms of a journalistic sham created by Time magazine ...

Twenty Years after the Death of God Movement

Twenty Years after the Death of God Movement
expand
hide this 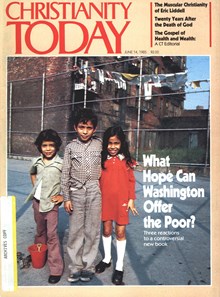 This article is from the June 14, 1985 print issue. Subscribe to continue reading.