It's the time of the year when those in the music industry are on the edge of their seats, counting each second leading up to the most prestigious awards ceremony in the history of rock and roll. The Grammy Awards give fans the chance to see all of their favorite stars, looking their best while they strut their stuff. But for those artists up for the top trophies, it can be downright nerve-racking—the nomination outcome can make or break their career.

Every year there are a few surprises, and this year's no exception. One of the biggest surprises is in the "Best Rock Gospel Album" category. Believe it or not, The Choir is up for the top honor in the Christian category thanks to their acclaimed Flap Your Wings disc, despite the fact it received no radio airplay or major label distribution. Although group members Steve Hindalong, Derri Daugherty, Dan Michaels, and Tim Chandler are gearing up for the gigantic telecast and subsequent private functions, even they are completely shocked with the announcement. "I'm still at the stage where I think it's very funny," quips Daugherty between spurts of laughter. "I don't have a clue how the record got nominated. We just put it out because we wanted to do it. There was no agenda and no push to get the record into the hands of anyone but our immediate fan base."

Not only was the disc recorded just for fun, but it was released independently on a shoestring budget. "It was the lowest-budget record that we spent the least amount of time making during our entire career," chuckles Hindalong. "But after all we've done as a band to build up this history, it's given us a great way to look at our career and feel very satisfied."

In spite of the satisfaction that's come with the possibility ... 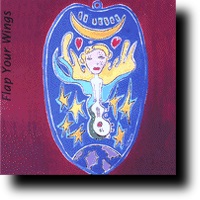