A Model of Intolerance

The "religious bigot" who brought down slavery.
by David NeffMarch 23, 2005
This article is from the April 2005 issue. Subscribers can read all of CT's digital archives.

Stephen M. Wise, veteran animal-rights lawyer, finds inspiration in the 18th-century antislavery activist Granville Sharp. And Christians who want to act effectively against contemporary slavery in Mali, sexual bondage in Cambodia, and religious persecution in North Korea need to study this father of evangelical social reform. The dogged intolerance of Granville Sharp in his pursuing the abolition of slavery is a lesson in the social impact of true religious commitment and the virtue of persistence.

Between the years of 1765 and 1772, Sharp advised and aided four different African slaves who wanted to claim their rights as human beings. In the first case, Sharp was visiting William, his physician brother, who treated sick paupers ever morning. At his brother's surgery he encountered Jonathan Strong, who was nearly dead: "feverish, nearly blind, doubly lame, 'ready to drop down.'" The young black's master had struck him repeatedly on the head and cast out into the street to die. Granville persuaded William to admit him to hospital and then found him employment as a delivery boy for a pharmacist. When Strong's former master saw him in the street one day, he decided to reclaim his "property" and had him held in a local prison pending his shipment as a slave to Jamaica.

Strong had been baptized since he had last seen his master, so he now sent a frantic message to his godparents and then to his employer. His employer contacted Granville Sharp. Sharp immediately arranged for a hearing on the legality of Strong's imprisonment. The Lord Mayor of London presided, found no cause for Strong's detention, and freed him, whereupon—right there in the presence of the Lord Mayor—his enemies grabbed him and began to drag him away. ...

A Model of Intolerance 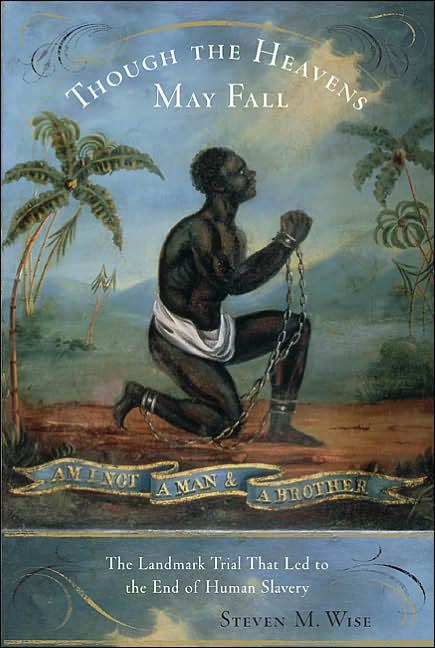 A Model of Intolerance
expand
hide this