Why the world's most famous atheist now believes in God.
By James A. Beverley in Salt Lake CityApril 8, 2005
This article is from the April 2005 issue. Subscribers can read all of CT's digital archives.

Antony Flew, one of the world's leading philosophers, has changed his mind about God. And he has agnostics worried.

Some are mystified and others are angry. Typical of many responses is this one skeptical blogger: "Sounds to me like an old man, confronted by the end of life, making one final desperate attempt at salvation." Richard Carrier of The Secular Web even accuses him of "willfully sloppy scholarship."

His pedigree in philosophy explains the recent media frenzy and controversy. Raised in a Christian home and son of a famous Methodist minister, Flew became an atheist at age 15. A student of Gilbert Ryle's at Oxford, Flew won the prestigious John Locke Prize in Mental Philosophy. He has written 26 books, many of them classics like God and Philosophy and How to Think Straight. A 1949 lecture given to C. S. Lewis's Oxford Socratic Club became one of the most widely published essays in philosophy. The Times Literary Supplement said Flew fomented a change in both the theological and philosophical worlds.

Flew taught at Oxford, Aberdeen, Keele, Reading, and has lectured in North America, Australia, Africa, South America, and Asia. The Times of London referred to him as "one of the most renowned atheists of the past half-century, whose papers and lectures have formed the bedrock of unbelief for many adherents."

Last summer he hinted at his abandonment of naturalism in a letter to Philosophy Now. Rumors began circulating on the internet about Flew's inclinations towards belief in God, and then Richard Ostling broke the story in early December for the Associated Press. According to Craig Hazen, associate professor of comparative religions and apologetics at Biola, the school received more than 35,000 hits on their site that contains ... 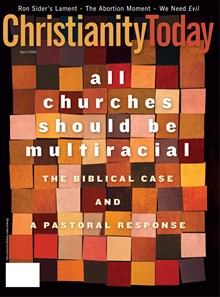